Manchester United's unbeaten run has papered over the cracks and Diego Costa can cause them problems on Sunday, says Jamie Redknapp.

Manchester United may be 21 games unbeaten but they need what I would call a 'blue-chip' win against the likes of Chelsea.

There's not a lot of joy in United's play at the moment, and the number of draws they're picking up from matches they should be winning is becoming a frustration. United have always created those big moments in big games but right now they're struggling to do that.

I still think there's a bit of an identity crisis there with how they play - is Marouane Fellaini going to be their midfield maestro for years to come? No. Mourinho, though, is still searching for his best team. I don't think they're anywhere near it at the moment.

United have always created big moments in big games but right now they're struggling to do that.

While the unbeaten run has papered over some of the cracks, their position in the table, outside of the top four and with work to do to reach the Champions League qualifying spots, reflects how they've been playing this season. And how far they are behind this Chelsea team in every aspect.

The year before last Chelsea were champions of England so, despite their problems in 2015/16, they had quality in their squad. It was remarkable how quickly they downed tools under Mourinho but Antonio Conte has quickly got them back on their game this time around - with the help of his favourite formation. 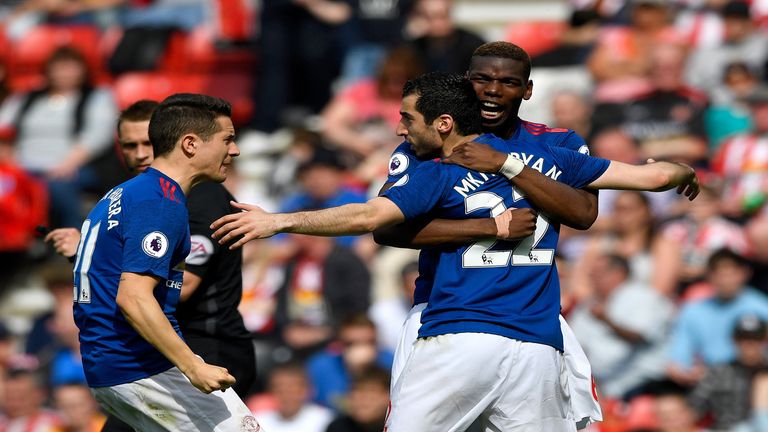 This will be the first time a team has won the Premier League with three at the back and Conte has done a brilliant job making it work. He realised quickly where the talent was in the squad, he maximised it and they're the team to beat.

New NOW TV customers: Grab a Month Pass and watch the race for silverware hot up for just £25

Tottenham are the closest to them and they'll be hoping United can produce a result at the weekend. But how do United make that happen?

I think it would be dangerous for them to do what Spurs did successfully against Chelsea and try to match their system. I don't think Mourinho will do that. He needs to look at the strengths of his own squad and focus on those. 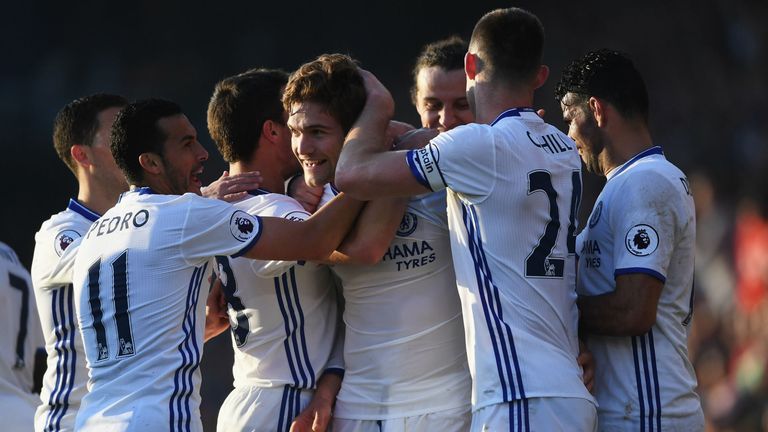 The problem he has is his players don't have the confidence the likes of Eden Hazard have right now. Henrikh Mkhitaryan, Anthony Martial and Marcus Rashford have the ability but Mourinho hasn't unlocked that talent yet.

Chelsea, in contrast, are a very strong, organised team with added stardust, and I fancy them to win this one on Sunday. Diego Costa, in particular, could cause United's backline problems.

But United are at home, they're looking for one massive win, there will be no love lost between the players and Mourinho will be desperate to beat his old team. It will be interesting.

If Chelsea can get through this one, I think we'll be talking about the title being theirs.

As for United, defeat wouldn't cost them a top-four spot - there's still a long way to go in that race and there are some more big games to come between the teams involved - but with the Manchester derby on Thursday April 27, four points from those two matches would be a real boost.

New NOW TV customers: Grab a Sky Sports Month Pass and watch the race for silverware hot up, kicking off this Easter Sunday with Man United v Chelsea. All for just £25.