In an exclusive interview with Sky Sports, Fleetwood Town striker Paddy Madden on the secrets of his scoring success.

"I am just bored really," the Republic of Ireland international tells Sky Sports. "It does not feel natural for me to be sitting around the house. The temptation when you are bored is to go to the treat cupboard so I am just trying my best to keep my fingers out of there. Me and the missus have two dogs so we are trying to get out of the house and go walking."

He is frustrated because Fleetwood Town were on a roll.

"We are 12 games unbeaten so for the break to come at this stage is not ideal. When you are on a bit of a run you don't want to be stopping but obviously it's a global crisis and the most important thing right now is keeping everybody healthy."

He is frustrated because after scoring 19 goals for the Cod Army last season, he had reached the same mark this time around and was planning to break 20 sooner rather than later.

"The main priority is winning promotion now but if we can get back playing I can break that little hoodoo and it will have been another successful season for me personally."

There are not many more reliable goalscorers in English football than Madden. Now 30, this is a man with more than 100 goals to his name in League One. Belief is not a problem. He oozes confidence and it is fascinating to hear him explain the secret of his success.

Some would call it meditation. Others visualisation.

What is clear is that it works.

"I try to chill out on a Friday in my own space," Madden explains.

"I sit there and I imagine how the game will play out. I think it is healthy and it is something that has really helped me in my career. I always try to visualise myself scoring a goal.

"One time I spent ages visualising this tap in and when I went onto the pitch on the Saturday it happened. So I always look to visualise scoring the goals in the days before.

"I visualise the defenders making mistakes. That is something I always tell young players when I give them advice. Expect the unexpected. There is no harm in that. If the defender clears it then he clears it. But be on your toes in case he doesn't.

"I don't really shoot from outside the box and people always ask why I am in the right place for the tap ins. It is about trying to anticipate those mistakes. Visualising the defender's heavy touch and nipping in around them. That is the only tip I can give to any striker.

"Nine times out of 10 the goalkeeper should hold the shot but if you run in then you will get your goal. It might mean nine runs wasted but that one run might be the winner. I guarantee that you will improve your scoring record if you make those runs."

All of which helps to explain why goals have never been an issue in a career that has brought promotions with Yeovil and Scunthorpe before joining Fleetwood in January 2018.

His work rate is a feature too - "I am a player who likes to cover 12 kilometres a game" - but that has not stopped him learning some new tricks under current boss Joey Barton.

"Goals and hard work are a given," says Madden. "But the manager wants me to improve certain aspects of my game in order to become an all-round striker. I'm taking on new ideas every day. It is about making sure the ball sticks and I have added that to my game too.

"I have been spending half an hour to an hour extra in training to improve that. I know I am not the biggest striker around so it's just about making myself more of a nuisance so that if the gaffer does feel he needs to go to one up front then I can be that man to take the bumps and hassle the defenders. It is just about improving my game."

"He isn't so different," insists Madden.

"If he has a problem then he will let you know. Perhaps other managers would hold it in a bit more. But if there is something on his mind he will say it. What he says goes.

"The nutrition side of it and the recovery with the gaffer is first class. He has played at the highest level himself and he wants the players here at Fleetwood to have what he had.

"The results speak for themselves. We are like a family, we all want the same thing and we are all working towards that goal of taking Fleetwood to the Championship." 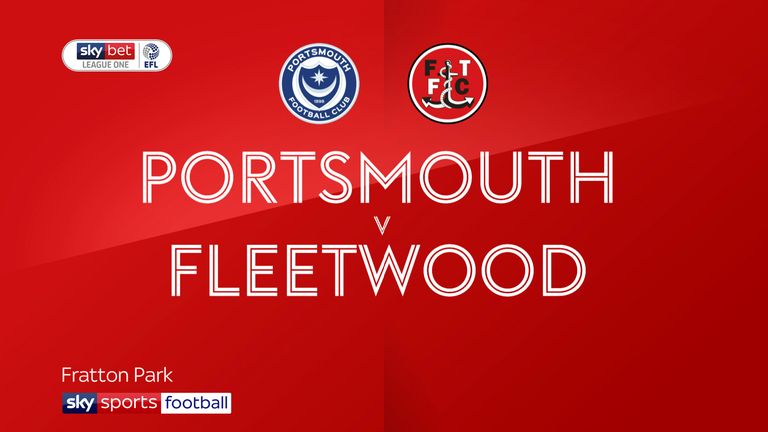 Given that Fleetwood have a modest history, having only reached the Football League for the first time in 2012, the club's lofty ambitions might come as a surprise to some. But the investment has been significant and Madden believes the club is geared for bigger things.

"With the setup here, everything is in place," he adds. "The chairman invests heavily and is committed to the cause. He has built a new training ground and the facilities at Fleetwood are already ready for the Championship. There are plans for an indoor dome too.

"It just about getting there."

Madden made it to the Championship once before with Yeovil, having been the top scorer in League One to help take them there. A subsequent fall-out with manager Gary Johnson denied him the opportunity to show what he could do in the second tier.

"That wasn't taken from me because I wasn't good enough," he points out. "I have seen a lot of players who have scored a lot less than me in League One go and do it in the Championship so there is no reason why I would not succeed there.

"Given a chance in the Championship, I will score regularly at that level. It's not too much of a jump and there is no reason I wouldn't score goals. I want to keep improving and play at the highest level that I can for as long as I can. I just need the opportunity."

Madden's frustrating wait could soon be over. He can visualise it.