A stunning first-half display set England Women on their way to a first SheBelieves Cup triumph after a 3-0 win over Japan Women in Florida.

Having beaten Brazil and drawn with No 1 ranked USA so far in this year's SheBelieves tournament, England knew that victory over Japan in their final match would ensure they would finish top of the SheBelieves Cup table and better their runners-up finish last year.

The Lionesses found themselves in front as early as the 12th minute with Lucy Staniforth firing home, and they were in fact out of sight by half-time, with Karen Carney's 23rd-minute header and Beth Mead's close-range finish seven minutes later putting England three goals to the good.

Player of the match: Jodie Taylor

After the break, Japan introduced some more experienced faces and caused England more problems, but the Lionesses saw out the victory to clinch the trophy to continue their impressive preparations for the summer's World Cup in France.

With the showpiece event only a few months away, England wanted to finish the tournament they have impressed in on a high and, even though coach Phil Neville made eight changes to the side that drew with USA, England controlled the match from start to finish. 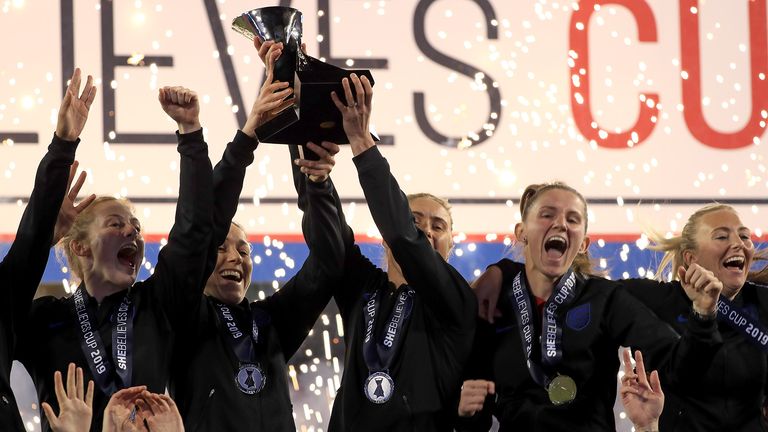 The excellent Jodie Taylor fired just wide early on, before slotting a superb pass through for Staniforth, who got the ball out of her feet before arrowing a strike into the bottom corner from the edge of the box.

England remained on the front foot and got themselves further in front through Carney, with Taylor again turning provider, clipping a pinpoint cross onto the head of Carney who found the net from six yards.

Just the cool eight changes made by coach Phil Neville from the side that drew with USA at the weekend. As expected, Carly Telford returned in goal for England, with Jodie Taylor leading the line in place of Ellen White. Toni Duggan, Fran Kirby and Nikita Parris, who has scored in both SheBelieves games so far, were on the bench.

Not done there, Keira Walsh then lofted a superb pass over the top for Mead, who cut back inside, looked for the pass, but caught out the Japanese goalkeeper Erina Yamane at the near post to make it three on the half-hour mark.

Japan did improve after the break, creating some promising openings, with Hina Sugita heading inches wide late on with England on the back foot.

England saw out the win comfortably, though, a victory that certainly sent a message to their rivals ahead of the World Cup. 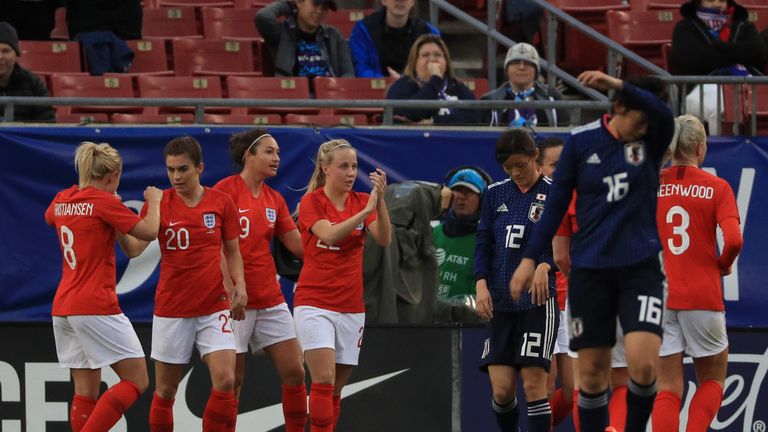 England's Toni Duggan, Karen Carney and Jodie Taylor react to their victory at the SheBelieves Cup in Florida.

Player of the match - Jodie Taylor

An exhibition of lone-forward play in the first half. Some of her leaves were exquisite, her movement untraceable, and her touches sublime. Taylor's two assists set England on their way to victory, with her pass for the opener right out of the top drawer. She did everything but score. 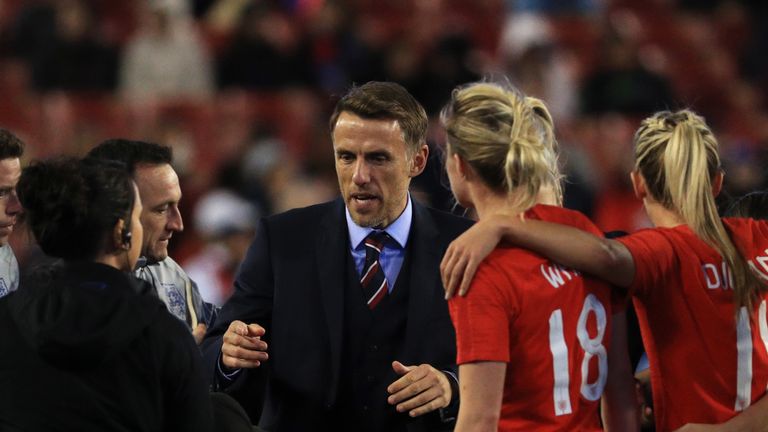 "So it's full steam ahead. We're enjoying it, the players are playing with a real freedom and an expression and that must continue."