Gary Neville did not hold back in his assessment of Manchester United's defending after they let a lead slip at Leicester, hitting out at their "disorganisation" and "lack of leadership".

Jose Mourinho labelled his United side "childish" after they conceded a last-gasp equaliser in a 2-2 draw at Leicester - and Neville was in agreement with the United boss.

United had chances at 2-1 to make their position more comfortable against a team that had 10-men before Maguire stole a point at the death.

With United pressed into their own penalty area, Marc Albrighton whipped a crossed into the danger zone, David de Gea stayed rooted to his line, and when an injured Chris Smalling could not get across, Maguire was on hand to steer the ball home.

Thierry Henry was left baffled by Manchester United’s deep defending against the ten-men of Leicester, which led to them conceding a late equaliser at the King Power.

Neville was left stunned with the lack of communication between the players in the dying stages.

He said on The Gary Neville Podcast: "Smalling has got to flag up as an experienced defender that he's struggling, get someone else into the centre.

"It didn't happen for two or three minutes.

"Then Phil Jones recognised it had happened and tried to reorganise - as I saw it, Ander Herrera refused to go to right-back and told Henrik Mkhitaryan to go back there. All over a sudden Smalling sits down on the floor and then goes off the pitch and then comes back on at centre-back. He ends up picking up Harry Maguire.

"You can't believe the disorganisation and lack of leadership shown by Manchester United at the end of that game in a game they should have won. Jose will be furious when he watches that back." 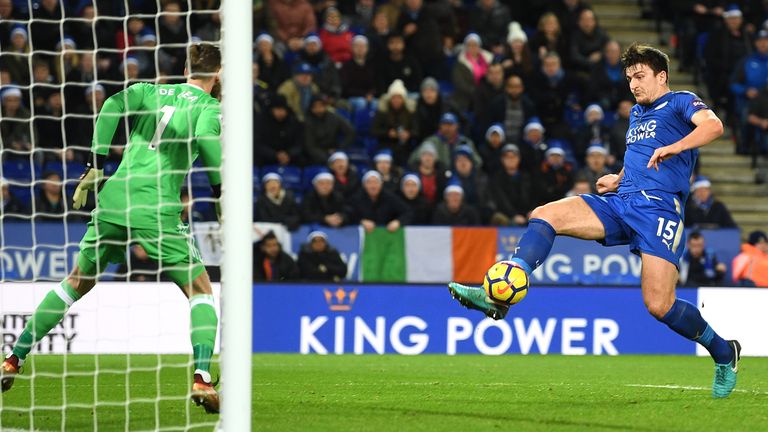 United are now 13 points behind leaders Manchester City, who eased past Bournemouth 4-0 earlier on Saturday.

City are arguably playing some of the most exciting football to watch in Premier League history, but Neville thinks they have a long way to go to prove they are capable of greatness.

"I can't put City anywhere in terms of great teams as they haven't won a league yet," he said.

"When they win a league, you'll say it's a great achievement. But to be one of the great teams in English football history, you have to win multiple leagues - you have to win two or three.

Jose Mourinho says his side was punished by their own mistakes and missed an ‘easy match to win’ after Leicester’s last minute equaliser against Manchester United.

"You think about Pep Guardiola's Bayern Munich team or his Barcelona team, where he won multiple European cups - they are great teams.

"The Chelsea team under Jose Mourinho, the United team under Sir Alex and the Liverpool teams over the years - they are all great sides. I can't say a team that wins the league once is truly great side - however, they are achieving great things.

"We've never seen anything like it. But, let's just calm ourselves, and respect the bigger picture. I think they have to win more than one league championship and a European cup before they become a great side."