Gary Neville and Jamie Carragher give their verdict on the top six clubs on the eve of the new Premier League season.

The Sky Sports experts were reunited at the Premier League Season Launch Show on Tuesday evening and had their say on the sides who finished in the top six last season - and who are expected to contend again this time. 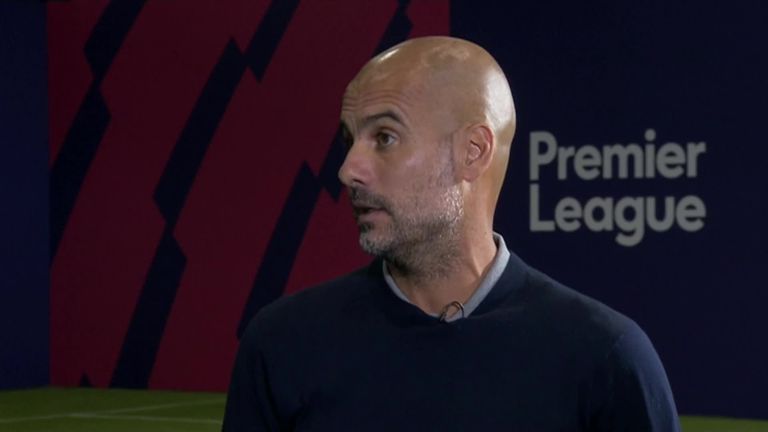 Neville: If you looked at the team two or three years ago and you looked at the spine of Joe Hart, Vincent Kompany, Fernandinho and Sergio Aguero, you wondered if they were getting old together. You had the full-backs Bacary Sagna, Gael Clichy and Aleksandar Kolarov but all of a sudden you look at this team and it's a good age. Within 12 to 18 months - three transfer windows - what Pep Guardiola has done in terms of the recruitment, the squad looks like it's the perfect age and could be around for three or four seasons. There's a bit of experience with Kompany and Aguero which you need but the rest of them you would think have four or five of their best years still left in them and they are talented players."

Carragher: The great thing about the league in the last few years is that there have been different winners. I look at the points total City got and I don't see them doing that again, I think it will be virtually impossible. If you used to get 90 points in the Premier League that was an absolute guarantee of winning the Premier League. Now, I think you might have to go 90+ to win it and that is a tall ask for the rest of the teams in the league. I think City could drop another 10 points from what they got last season but still I think it would possibly be enough to win the Premier League."

Carragher: They finished second last season but with a very healthy points total. Yes, there was a massive gap to Manchester City but there was also a big gap between Manchester United and the rest.

I actually think Jose Mourinho hasn't helped himself in this pre-season with the way things have happened but I do think he gets a little bit too much criticism, even for the job he's done at Manchester United. In his first season he won two trophies, not the Premier League or the Champions League trophies he will be judged on as a United manager but it's very difficult now to win trophies with that top six being so competitive. Last season they were runners-up in the league and FA Cup runners-up and okay, that's not good enough for Manchester United but I don't think it's as bad as people have painted it.

Neville: You look at Tottenham and they are moving to a new stadium and they are playing a lot of away games at the start. They had nine players who played right to the end of the World Cup and only came back on Monday. The odds are stacked against them - but it doesn't seem to panic Mauricio Pochettino. He seems to be relaxed about it.

They haven't done any business in the transfer window, but there doesn't seem to be any furore over that. There is a lot stacked up against Tottenham this season when you look at it but the spirit, togetherness, continuity and stability is there. The manager looks after the players and has them playing his way, so I think Tottenham will finish above Arsenal, who are one of the intriguing parts of this season.

Carragher: Everyone's talking about Liverpool and with good reason. You look at getting to a Champions League final and having Virgil van Dijk for a full season. We've seen the impact he made after arriving in January. The goalkeeping situation has given everybody a massive lift. What happened in the Champions League final with Loris Karius, yes it was disappointing for the Liverpool supporters on the night losing that game, but we've all been there as players where you have a poor game. But it's happened in a game which will, unfortunately, be remembered for a long time. Hopefully he will go on to be a great goalkeeper and be remembered for that but Liverpool had to make a change because I think there would be no belief in Liverpool actually, never mind winning a league but challenging for the league with the two goalkeepers they had.

I'm not saying that on the back of the Champions League final but it's something myself and Gary (Neville) have said so often on Monday Night Football. Simon Mignolet and Karius are good goalkeepers but not great goalkeepers. That's not to say the guy they have signed is a great goalkeeper. It's a great price - a world-record price - and when you pay that type of money you are expecting a top goalkeeper, but he will be new to the Premier League so let's see how he adapts. He looks cool and calm on the ball and that's what Klopp wants from his goalkeeper, but they were areas that had to be rectified and it looks like most of them have been. So at this moment, on paper, Liverpool do look the strongest challengers. 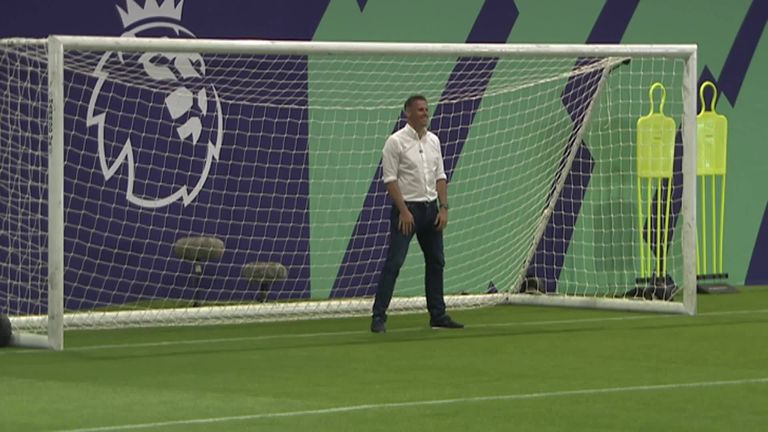 Neville takes on Carragher in a penalty challenge!

Carragher: The great thing about Chelsea under Roman Abramovich is whenever you think they have got problems, they are the one club in the top six who can fight back straight away and win a league. When Antonio Conte came in they'd finished 10th and won the league. They can still win trophies when you think they've got problems. Chelsea are brilliant - and they have been, no matter who the manager is, at doing transfer deals behind the scenes. It is a brilliantly run club in terms of getting money for players and also in the transfer market. 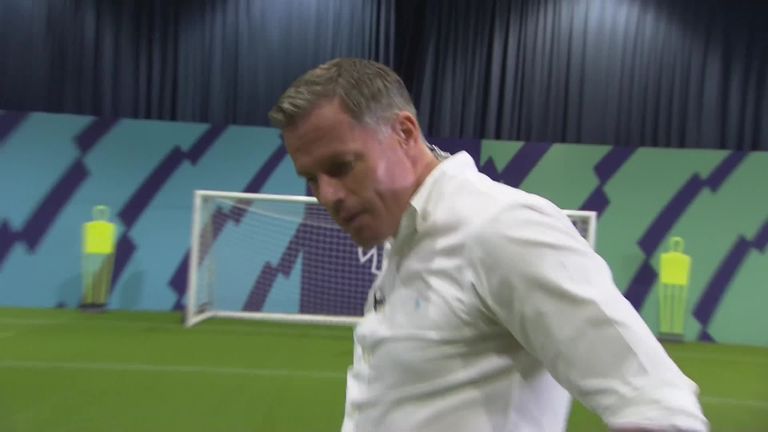 Neville: Chelsea look like they are moving. They have been a little slow in the transfer market and a little bit less obvious in the transfer market over the last few years than they have been previously. It looks like they are making a move again. To win the league they have to keep Eden Hazard and get a centre-forward. Alvaro Morata is a good player but I think about the void left by Diego Costa. If they are going to play a single striker, which they historically have, then they need another one.

Carragher: In the past, Arsenal have won games on great football, individual brilliance and having great attacking players. What we'll see Arsenal do more this season is win games tactically. You will look at games and say 'that's the manager, he has set up a certain way'.

He is going to be a very similar manager to a manager I had in Rafa Benitez, going from a team that wasn't one of the giants in Spain but was still competing and winning trophies. He makes it difficult for teams to play against them and will play 4-2-3-1. It will be very similar to Rafa.