Gary Neville has questioned whether Riyad Mahrez was the right player to take Manchester City's late penalty in Sunday's goalless draw with Liverpool.

The Premier League champions were awarded an 85th-minute spot-kick after Liverpool defender Virgil van Dijk was adjudged to have fouled Leroy Sane in the box.

However, with first-choice penalty taker Sergio Aguero having already been substituted at Anfield, Mahrez stepped up to take the spot-kick, only to blaze his effort high over the bar.

Having missed five of his previous eight penalties, though, Neville believes that poor record from the spot may have played a part in Mahrez failing to even work Liverpool goalkeeper Alisson.

"It was an unusual situation where the main penalty taker was off so you were leaving decisions to players on the pitch," the former Manchester United and England defender told Sky Sports.

"There was no Vincent Kompany on the pitch to provide authority to decide who was going to take it. 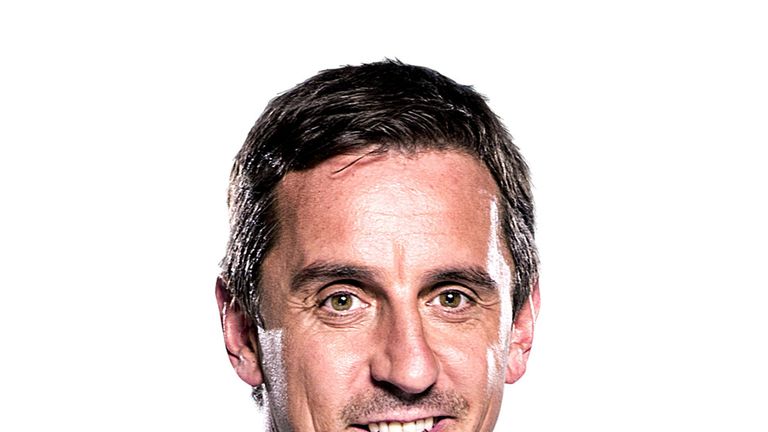 "Pep Guardiola came out of his technical area and was pointing at someone, while Benjamin Mendy got involved. Gabriel Jesus was on the spot initially then Riyad Mahrez came over and said 'I'm having it' and pointed towards his chest.

"In that case, you're slightly undermining each other in public - it's almost like you're saying you don't trust someone to do it properly.

"Naturally then that puts more pressure on yourself. It was such a poor penalty - he leant back.

"Mahrez hasn't hit the ground running at Manchester City - he's not been amazing since joining and he's fighting with some really good players to get into the team.

"There's a little bit of authority with him as he took the penalty, but there's also a bit of selfishness - as he looked like he wanted to be the hero.

"You saw his penalty map come up with the three misses and you then think he's got anxiety with previous penalties as it means you're not perfect at them."