Speaking on Monday Night Football, Gary Neville compares Ole Gunnar Solskjaer's progress at Manchester United to Jurgen Klopp's first three seasons at Liverpool and believes they could go to the next level too – but only if they sign Harry Kane 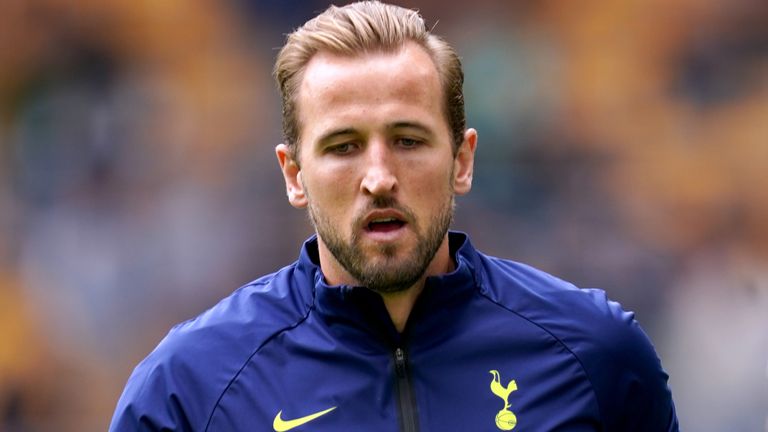 The Tottenham striker, who told Spurs at the end of last season that he wants to leave the club this summer, is a target for United's rivals Manchester City, who have had a bid of £100m for Kane turned down.

However, Neville believes his former club United should make a move for the England captain before the transfer window closes on Tuesday 31 August.

The Sky Sports pundit compared United's progression under Solskjaer to Liverpool's early years under Jurgen Klopp but said the Anfield club's major step-up in Klopp's fourth season was fuelled by the arrivals of Alisson and Virgil van Dijk.

Neville believes Kane could have a similar impact for United...

"They have changed completely in the last three seasons. I think what they are looking at is probably the Sir Alex Ferguson era where the club were patient but also they will be looking at Liverpool. Jurgen Klopp was given time to build a team, progressing slowly year on year.

"The outstanding thing, the ridiculous coaching performance of Jurgen Klopp, comes down to the fact that he did it with a £30m profit, a great recruitment performance from Liverpool and him, while Manchester United have spent £314m in Ole's time there.

"The big thing is what happens next.

"I am sure that Ole's backroom team and the board are looking at it and saying, 'He is building something, this is what Jurgen Klopp was doing at Liverpool in his first three seasons.'

"However, just look at the points that Jurgen Klopp gained from season three to season four.

"That was the point when Alisson came in, Virgil van Dijk came in, and they went into turbo boost and delivered one of the best performances that you will ever see.

"I know they were beaten by Manchester City that season but it was a staggering performance by Liverpool - 97 points and 99 points two seasons on the bounce.

"Manchester United with 74 points in the third season, Liverpool with 75. Can Ole Gunnar Solskjaer get the 20 extra points to win the title?

"My gut feeling is [new United signings Jadon Sancho and Raphael Varane] won't have the same impact on Manchester United as Alisson and Van Dijk to get them up to that 90-95 points they will need to win the league. I think they will still be short.

"Chelsea, you see what they have done with Romelu Lukaku. You see that Van Dijk has come back for Liverpool. You can see that City have come in for Jack Grealish and Harry Kane. If they get Kane there is a massive problem for United. 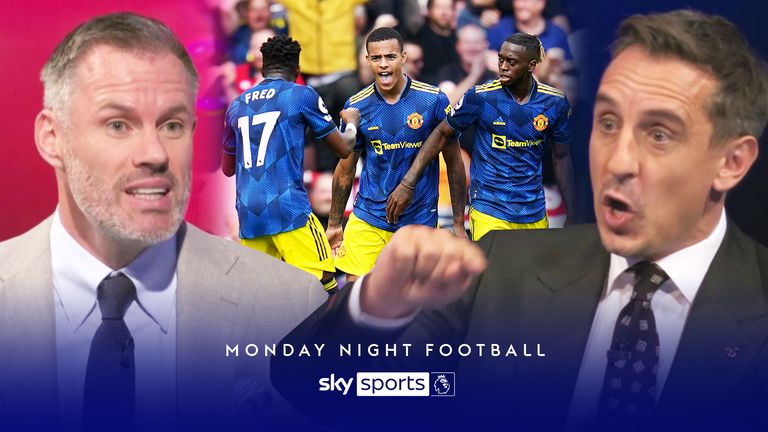 "I am struggling to understand why Manchester United are not going that extra step in this transfer window.

"Anthony Martial, Daniel James, Jesse Lingard, you are talking about potentially offloading a lot of wages there, potentially getting some transfer fees in.

"Why are they not going for Harry Kane this week? Because I believe that if Harry Kane entered Manchester United you could get up to 90 to 95 points. 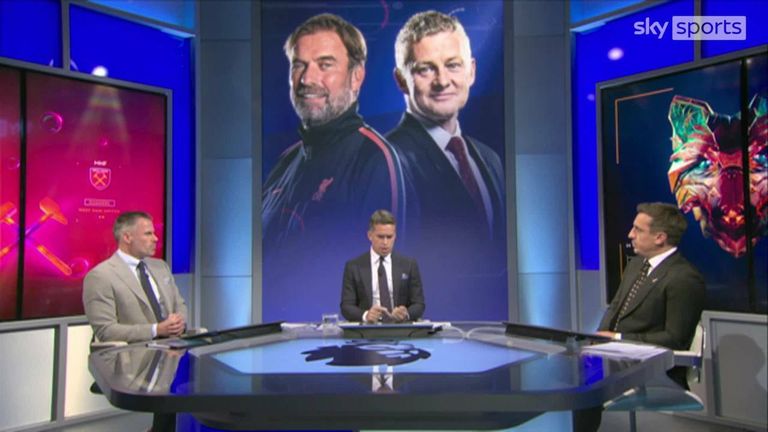 On the first MNF of the new season, Gary Neville analyses Jurgen Klopp’s and Ole Gunnar Solskjaer’s first 99 games in charge of both Liverpool and Manchester United respectively

"Without him, they are still going to have to replace Edinson Cavani and Martial next summer. Martial is not going to do it, Cavani has only got one year left.

"They are going to have to get a centre-forward at some point, why not get the man now to give them that impetus to get towards that 95 points? Because I don't think they can just with Sancho and Varane.

"With the manager, I still think you could argue he has to prove himself quickly because I still think the Europa League final was a bad one. That is going to hang if something doesn't go right this season.

"But I believe Ole deserves another 12 to 18 months with building because Manchester United have tried the Jose Mourinho quickfire hit job and it has not worked. Louis van Gaal, going for a different style of play, it has not worked. It failed miserably.

"So they have gone for someone who has taken it back to their roots. He has got to be given a chance to do it. Manchester United are going to need a new centre-forward in the next 12 months, the guy is available now if you pay £150m.

"I personally think that Kane coming in would be a differentiator."