Jamie Carragher says Tottenham's Harry Kane would be his first pick if he could sign any Premier League player.

The England striker scored his 100th Tottenham goal in Saturday's 3-0 win over Everton before increasing his tally to 101 in just 169 appearances.

And Carragher heaped praise on the forward's "top-class" ability and attitude on Monday Night Football.

"He may not be the best player in the Premier League, though he wouldn't be far off. He'd be in the top bracket," he said.

"But if I was a manager and I could pick one player from the Premier League in my team, I'd pick Harry Kane because I think he's an absolute guarantee every season of 25 goals.

"Over a four or five year period he'll be getting another hundred and he looks very strong mentally.

"He looks as if the only thing he focuses on is football and he doesn't get involved in any other nonsense. 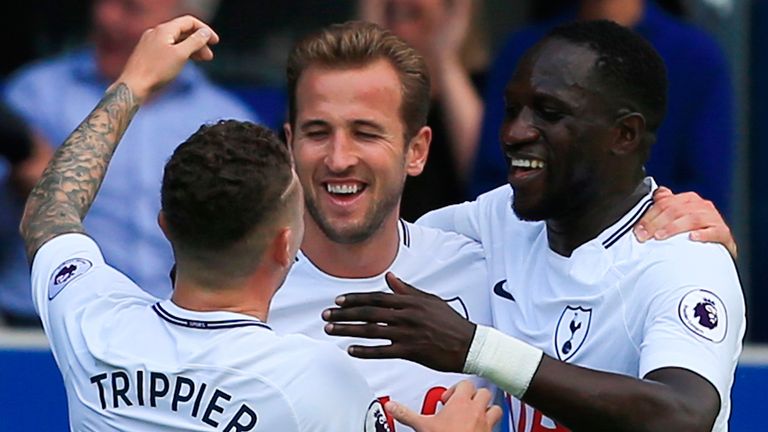 Sam Allardyce, who briefly worked with Kane during his time as England manager, was a special guest in the MNF studio.

And he insisted the forward will soon be considered "world class" after improving his game over the last three seasons.

"As a goalscorer he's getting into the world-class area," Allardyce said.

"He's continued to consistently score goals from every type of goal you look for.

"Not only that, his hold-up play outside the box has improved tremendously. It looks like his upper body has got stronger. He can hold off defenders now and take the physical side of it.

"His movement and his working off Dele Alli is a great partnership. It's like they are instinctive together now.

"He really has come on an awful lot in his all-round game, not just his goals."