Raheem Sterling turning his back on Liverpool, says Graeme Souness

Graeme Souness believes Liverpool fans are entitled to jeer Raheem Sterling if he turns his back on the club.

The winger was booed by some supporters after winning the Young Player of the Year award at the club’s end of season awards ceremony on Tuesday evening.

He is under contact at Anfield until 2017 but his future remains uncertain as he is reportedly not willing to sign a new deal and has been linked with a move away from the club.

"He's far from being the finished article," former Liverpool midfielder Souness told Sky Sports. "He should stay at Liverpool, learn his trade and get on with it.

"If he's privately making it known he wants to leave Liverpool, then that word would soon get out and the supporters then would be entitled to turn on him.

"They've shown great loyalty to him - when I've been there, they've supported him through thick and thin - and even when he's not had a good game, they still get behind him. It looks like he's turning his back on them which, if he is, would be very sad for the football club."

Sterling, who joined Liverpool from QPR in 2010, has risen to prominence over the past couple of seasons and has already made 129 appearances for the Reds. 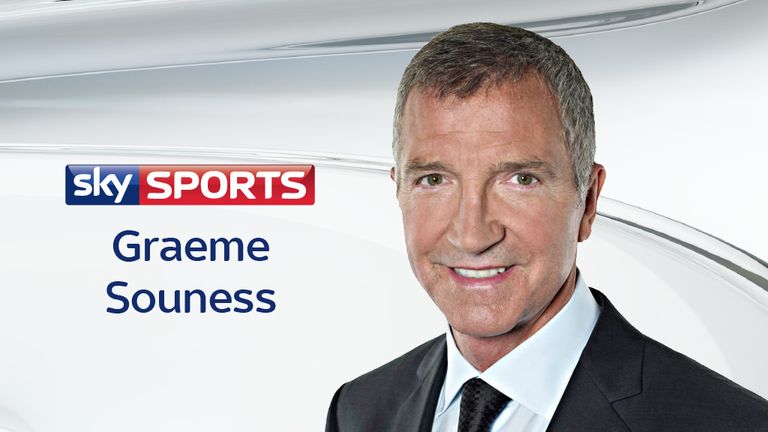 If he (Sterling) is privately making it known he wants to leave Liverpool, then that word would soon get out and the supporters then would be entitled to turn on him.

However, Souness thinks he still has a lot to learn and says there is no better place for him to be right now than Anfield.

"Maybe someone should whisper in his ear and tell him he's not going anywhere better, there is nowhere better," he said. "At this stage in his career, there's nowhere better than Liverpool Football Club.

"Right now, it's all about him learning the game, understanding the game and improving and he's at the best possible club he could be at.

"I think a lot of professional football players who have played at Anfield would say it the best crowd to play in front of. They would be patient with him and understanding, but it looks like he wants to go and play somewhere else which is really sad for Liverpool supporters."