David Hopkin has resigned as manager of Bradford City, ending a reign that lasted just 175 days.

Hopkin took over at the beginning of September after Michael Collins was sacked and he leaves Valley Parade after 28 league games in charge (W7, D6, L15).

He was shortlisted for Sky Bet League One manager of the month for December after a run of four wins out of five boosted hopes of escaping relegation. 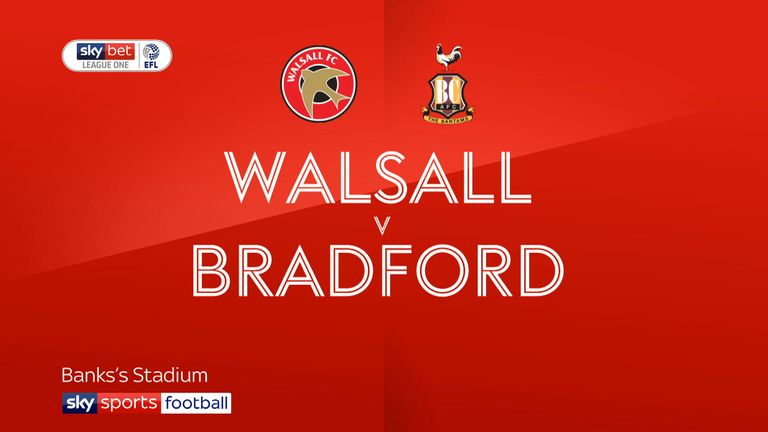 However, Bradford remain deep in trouble and Saturday's 3-2 loss at Walsall, who played virtually the whole game down to 10 men, proved the final straw for him.

Hopkin told the club's website: "I am disappointed but feel the time is right for me to step aside and allow someone to come in and attempt to keep the club in League One.

"I have given my all over the past six months. I took on a tough job and have left no stone unturned in my efforts to help us climb the table.

"The club means a great deal to me, as a former player, and that is why I have made this decision - with a quarter of the season remaining.

"I would like to take this opportunity to thank the incredible Bradford City fans.

"This has been a hugely difficult season for everyone involved and they have shown me a great deal of support. I wish the club the very best for the future."

Coach Martin Drury, assisted by Anton McElhone, will take charge for Saturday's Sky Bet League One game against Portsmouth while Bradford begin the search for a fifth manager in just 385 days.

Interim chief executive Julian Rhodes added: "Our thanks must go to David, who has put in a great deal of effort since taking over the reins last year.

"I know just how hard he has worked in extremely difficult circumstances and he leaves with a great amount of respect."