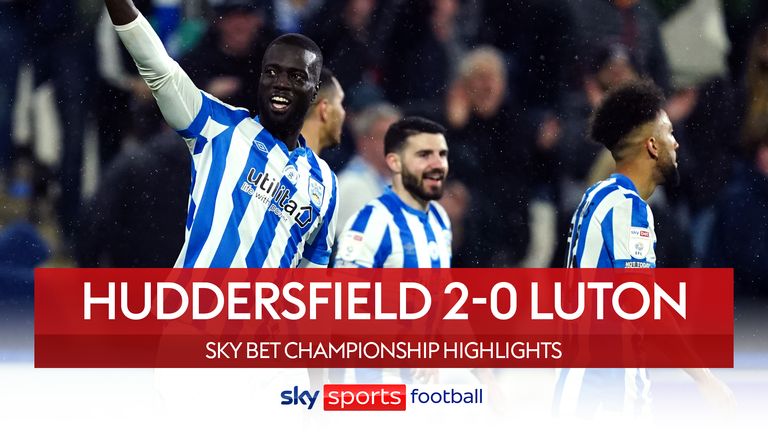 Highlights of the Sky Bet Championship match between Huddersfield Town and Luton Town.

Huddersfield climbed to third in the Sky Bet Championship table and maintained their slim automatic promotion hopes with a 2-0 victory over Luton.

A beauty from Jon Russell gave the hosts a slender lead after 59 minutes, which was kept intact when Hatters striker Elijah Adebayo skewed a penalty wide shortly afterwards.

And Naby Sarr came off the bench to wrap up the important victory, when he lost his marker and headed in a corner in the final minute of the 90. 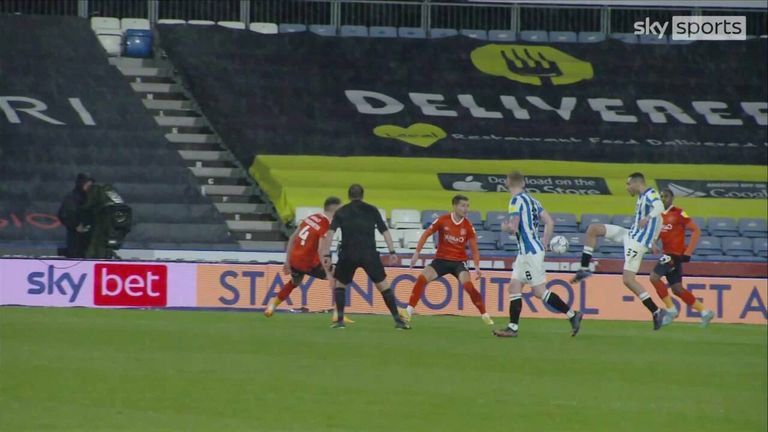 Jon Russell audaciously lobbed James Shea to give Huddersfield the lead against Luton in the Sky Bet Championship match.

How Huddersfield made a statement in the promotion race

As a flurry of hailstones poured down upon the players, it was Huddersfield who settled the quickest at the John Smith's, passing with purpose and pressing with intensity.

That brought chances, the best of which fell to Danel Sinani, whose close-range shot was beaten away smartly by James Shea after Lewis O'Brien and Russell had blazed over from distance after being urged on by the crowd. 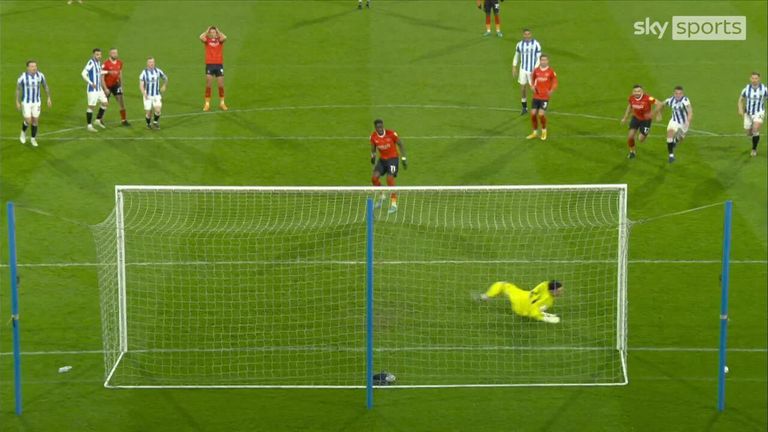 Luton and Huddersfield players had to be separated after tempers flared following Elijah Adebayo's penalty miss.

Luton boss Nathan Jones was forced to make a change just after the half-hour, with stalwart Pelly Ruddock Mpanzu helped off the pitch with an unspecified leg injury; his replacement Robert Snodgrass almost created the opener, when he found the otherwise quiet Harry Cornick, who dug out a low drive that was pushed away by Lee Nicholls.

Mere seconds after Henri Lansbury had been taken off in another injury blow for Luton, Huddersfield struck in style when Russell waited for the opportune moment to strike Pipa's throw - and when he did, he lifted the ball beautifully over Shea and into the bottom left corner. Naby Sarr heads home Huddersfield's second goal of the night, all but confirming the three points against Luton Town.

The visitors piled bodies forward in an attempt to try and force an equaliser and almost got it when James Bree was caught by Danel Sinani in the box, but against the backdrop of intense booing, Adebayo fired wide of the left-hand upright.

But it was Huddersfield who applied the killer blow in the 89th minute, when Sarr arrived in the box untracked to connect with a Sorba Thomas cross and head over the line, via a touch from Shea.

Man of the match - Lewis O'Brien

"I thought he was excellent - he was absolutely everywhere tonight." 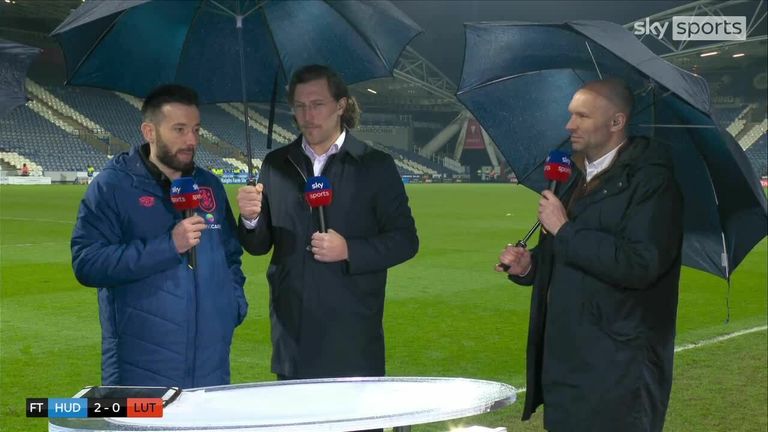 Carlos Corberán praised his players’ mentality as Huddersfield secured a vital 2-0 win against Luton. Both clubs are in the Championship play-off race and the win gives the Terriers the advantage as the season draws to a close.

Huddersfield's Carlos Corberan: "I think it was a very equal, very balanced game and in these games, the details can be the difference. Today, in my opinion, they were in our favour, which allowed us to win that game, plus the mentality of the team was very good and the defensive level of the team was high, too.

"Every game that we are going to play from now until the end of the season is going to be crucial; every game that we have played since the international break we knew would be crucial, too. Our mentality is game-by-game. Every time we are thinking of the future, we need to be focused in the present.

"From tomorrow, we know we have to start our recovery, analyse the game and then start to prepare for the game against QPR, that we know will be another very challenging game. We need to use every single day, every single time and every opportunity to be ready to face the next game in the best way we can." 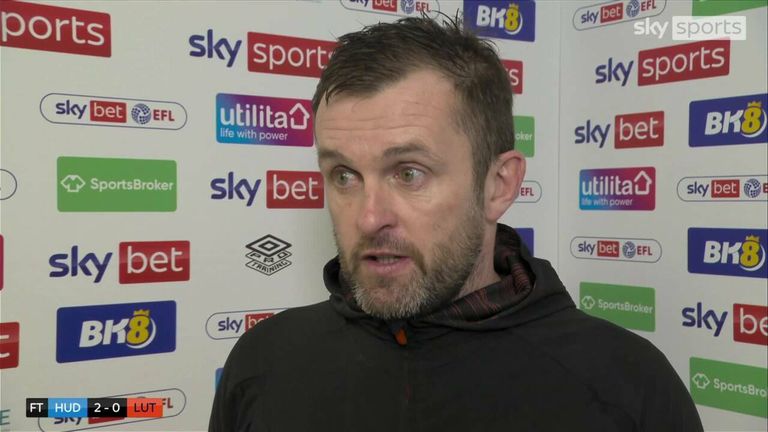 Nathan Jones remained very optimistic despite Luton’s 2-0 defeat to play-off rivals Huddersfield. Jones praised his players for their performance and feels the result will not have a negative effect on the team.

Luton's Nathan Jones: "First of all, credit to Carlos and Huddersfield. I thought they sat off, wanted to soak up pressure and hit us on the counter-attack because they know the threat we have. But I thought we tried to push constantly to try and win the game so I know we've lost the game, but I thought, at times, we were excellent. They have scored a real freak goal, which has broken the deadlock; we were excellent and then we switched off for a corner. It could be one of the best things to happen to us, actually.

"I'm proud of my team for the way we went about it, for where we are in everything and there's a lot to play for. We've got five games left and it is going to be a barnstorming finish. If we stop a little bit of the naive defending, which has cost us tonight, then we'll have a chance. There's a lot to play for and it's going to be an exciting end."

Both teams are back in action on Good Friday, April 15. Luton host Huddersfield at Kenilworth Road at 12.30pm, while Huddersfield take on QPR at the John Smith's Stadium at 5.30pm.

Both matches will be available to watch live on Sky Sports Football.