City, who knew a victory would secure them the title, were 2-0 down to Aston Villa with just 15 minutes remaining, but turned the game around with three goals in five minutes to win 3-2 in thrilling scenes to rival the famous 2012 Premier League title victory.

Liverpool were 3-1 winners against Wolves, but fell short by just a point after a stunning 38-game duel, ending their Quadruple hopes.

FREE TO WATCH: Highlights from the match between Manchester City and Aston Villa in the Premier League.

City have now won four Premier League titles and eight major trophies under Pep Guardiola since his arrival in the summer of 2016. 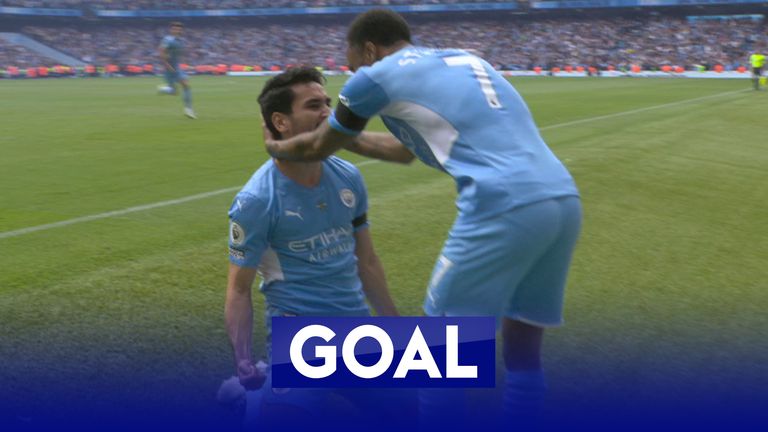 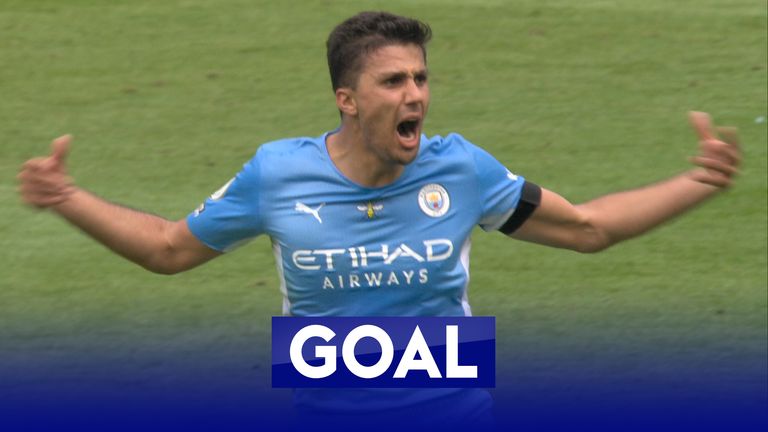 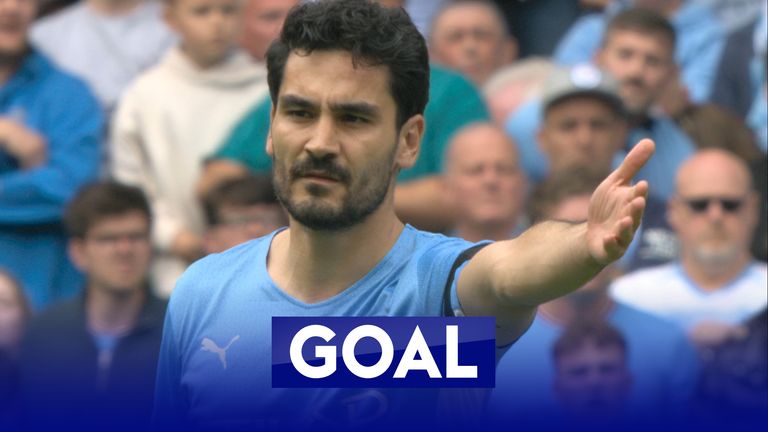 76 mins: Gundogan pulls one back for City!

"This City group keeps going until the end. Kevin De Bruyne turned on the magic. When you're two goals down and need to turn it around - absolutely outstanding. All credit to City. All brilliant teams find a way to win."

"An incredible football season. Congratulations to Manchester City and Liverpool. Head to head all the way through - brilliant, relentless.You won't get a better Premier League season than that."

"I look at this team and have so much admiration for the club and manager. It's so easy to waste money but they haven't. They've got everything right - the mentality from the top to the bottom. It takes something special to come from behind like they did today and that comes from the manager. It's an incredible achievement."

"You're sitting there thinking it's going to be Liverpool's time. They're going to get the three and go and play Real Madrid (in the Champions League final) to potentially get the fourth. But this team fights to the end. The spirit in this stadium was down in the dumps, but when they got that first goal it turned and I started to believe."

Pep: We are legends

"The moment we found a goal it changed everything. We are playing in not normal circumstances but you have to handle it.

"Gundogan is the best inside runner we have. We were arriving down the sides and we needed a player with the sense of tempo in the box and he's the best.

"We are legends. When you win the Premier League four times in five seasons it's because these guys are so, so special. We will be remembered. The first title we won with lots of margin, then at Brighton, then winning at home without fans and now with people, it's the best.

"Today is special as it's the fifth anniversary of the Manchester arena attack when 22 people were killed. This is for the families. Today was special."

Manchester City's consistency was the difference in the Premier League this season. Liverpool have won more games since the turn of the year but the damage was done before then as points leaked away in defeats away to West Ham and Leicester.

Guardiola's side had the odd slip of their own, notably losing to Tottenham on the opening weekend. But they never faltered for long. Winning the next three after that setback, scoring 11 goals without reply. That resilience proved to be a theme.

When the next Premier League defeat arrived against Crystal Palace in late October, City responded by winning their next 12 games in the competition. When Spurs completed the double over them, they thrashed Manchester United in the derby on their Etihad return.

Perhaps most impressively of all, as Liverpool embarked on a relentless run of victories, and that defeat to Real Madrid put the spotlight on their character like never before, City scored five goals in each of their next two games to underscore their dominance.

Joao Cancelo and Rodri, omitted from the Champions League final starting line-up at the end of last season, began this one with a point to prove and were sensational from the start. Kevin De Bruyne took longer to find his best form but was irresistible when he did.

Bernardo Silva was brilliant throughout but another theme of City's season has been that there was always another player ready to step up. Riyad Mahrez was the team's top scorer in all competitions but, incongruously, started only 14 Premier League games.

It was not about one man. Fifteen different players have scored twice or more for Guardiola's side in the Premier League this season. Raheem Sterling was the Premier League player of the month for December. Gabriel Jesus scored six times in April.

In one-off games, Liverpool were their match, drawing twice in the league, and eliminating Manchester City from the FA Cup. But over a long season, once again, no other team was able to do what they could do. Sustained excellence is what has set City apart.