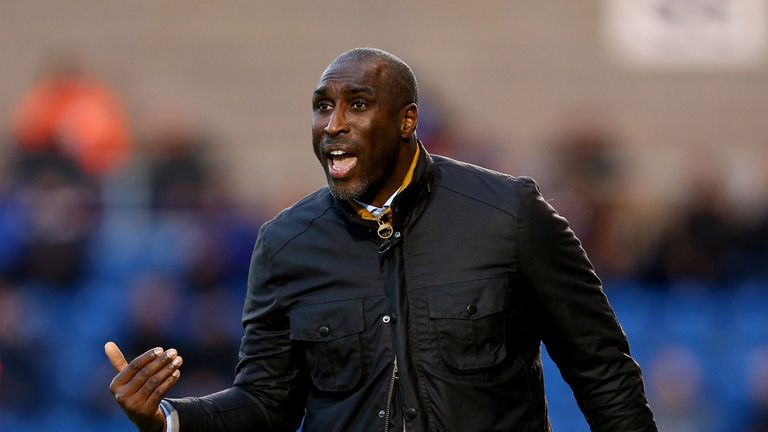 Sol Campbell believes Macclesfield are moving in the right direction

Campbell made his first steps into management in November when Sky Bet League Two strugglers Macclesfield appointed him on an 18-month contract.

The former Arsenal, Tottenham and England defender moved quickly to add Cole to his management team, with Cole arriving in January with a focus on improving the club's strikers.

"Someone like him coming in and doing the forward work and having a microscope over certain players is what it's all about, the detail," Campbell told Sky Sports News.

"The devil is in the detail and the players need that. I think at any level you need that. He's done it at the highest level and he's trying to pass on his knowledge."

Campbell also feels his team have removed a "mental block" after moving off the bottom of League Two with a rare away win at Yeovil last Saturday.

The 2-0 win ended a seven-game winless run and gave the Silkmen renewed hope that that they can avoid dropping out of the EFL in Campbell's first season at the club.

"Sometimes when you are down there for such a long time you can almost get a mental block," Campbell added.

"Hopefully it feels like the mental block has gone. It was there for the last five games at least. It feels like it's gone, it's shifted. 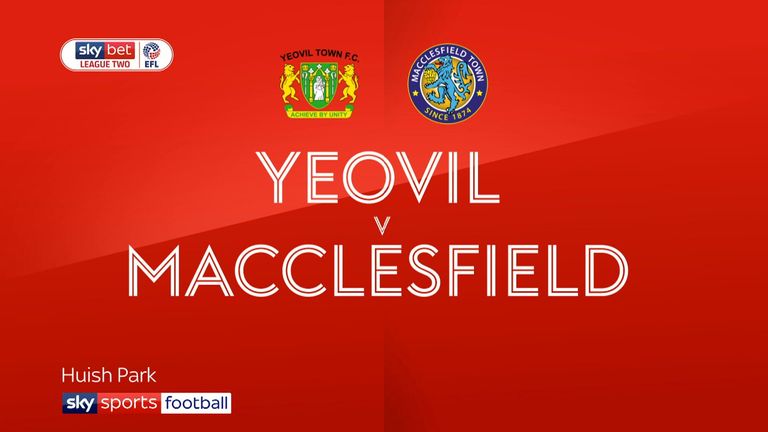 "I think the last game was a big kind of watershed for us, hopefully I'm right."

Macclesfield avoided a winding up order at the High Court in London last week having settled some outstanding debts and agreed terms with another creditor. They have been given more to settle their remaining bills and Campbell is encouraged that the off-field issues are being resolved.

"At this level you are going to get problems," he said. "We're not the Premiership, we're not the top half of the Championship so you've got to expect some of these things might occur.