Macclesfield Town wound up in High Court over debts exceeding £500,000

Bid to wind up Southend United adjourned in the hope that bosses at the League Two club can clear tax debts, with case expected to be reconsidered in a few weeks 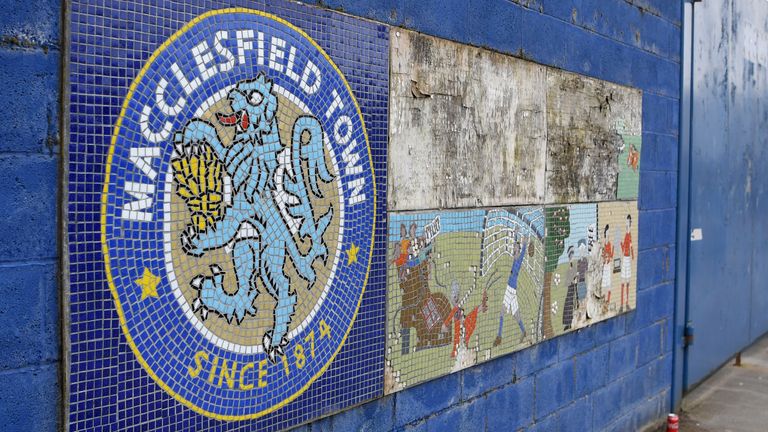 Sky Sports News reporter Fraiser Dainton reports from Moss Rose after Macclesfield Town were wound up in the High Court after the club owed more than £500,000

Macclesfield Town have been wound up in the High Court after a judge was told that the club owed more than £500,000.

Judge Sebastian Prentis made a winding up order at a virtual hearing in the specialist Insolvency and Companies Court on Wednesday.

Lawyers representing HM Revenue and Customs had applied for a winding up order.

The judge said he could see nothing which gave him "any comfort" that the club can pay the debts.

He was overseeing the latest in a series of hearings.

They were relegated after being docked points for breaches of regulations relating to non-payment of wages and dropping to the bottom of League Two.

Judge Prentis said the winding up petition had been presented "as long ago" as early 2019.

"There have been a number of adjournments of this petition," he said.

"I can see nothing that gives me any comfort that this club can pay its debts within a reasonable period."

A barrister representing Macclesfield had asked the judge to adjourn the application once more.

Niall McCulloch said discussions over a sale were at an advanced stage and a buyer had been found.

At a hearing a week ago, Mr McCulloch had said a sale was expected to be completed by the end of September.

Another judge had given Macclesfield bosses seven days to file evidence to show that funds were available.

Judge Prentis said there had been "ample opportunities" for creditors to be paid.

Meanwhile, Judge Prentis adjourned a bid to wind up Southend United in the hope that bosses can clear tax debts.

A lawyer representing tax officials said debts had been reduced and asked the judge to adjourn the application to give bosses at the League Two club time to pay.

The case is expected to be reconsidered in a few weeks.

Southend had featured at a hearing in March, when another judge agreed to an adjournment.