Serbia vs Scotland will be shown live on Sky Sports Football from 7pm and free-to-air on Sky Pick; kick-off at 7.45pm; Also on The Sky Sports Scottish Football Podcast, Andy Walker and Kris Boyd pick their starting XI for the match

Scotland last qualified for a major tournament in 1998.

The Tartan Army are praying their 22-year stint in international football's summer wilderness will come to an end at the Rajko Mitic Stadium as they come up against Serbia in Thursday's winner-takes-all European Qualifying play-off final.

Ian Crocker is joined by Andy Walker and Kris Boyd to preview the big game. Andy and Kris both picked their XI for the match and look at what a win and qualification to a first major tournament since 1998 would mean to the younger generation.

Scotland are potentially just 90 minutes away from a place at next summer's European Championships, and Walker has no doubt that Clarke's team grasp the enormity of the opportunity ahead of them.

"I think they've got a really good chance of doing it," Walker told the Scottish Football Podcast. "I've been looking at the squad that Serbia have and I know there was a bit of doubt about the availability of some players with the Covid-related problems in Italy, but I think they will still go with their strongest squad.

"A bit like us having to make do without Ryan Fraser, they may have one or two absent, and although they have players from teams in Italy and Germany, we're selecting from teams such as Liverpool, Manchester United, Arsenal, Celtic and Rangers - a lot of them have Champions League and big-game experience. 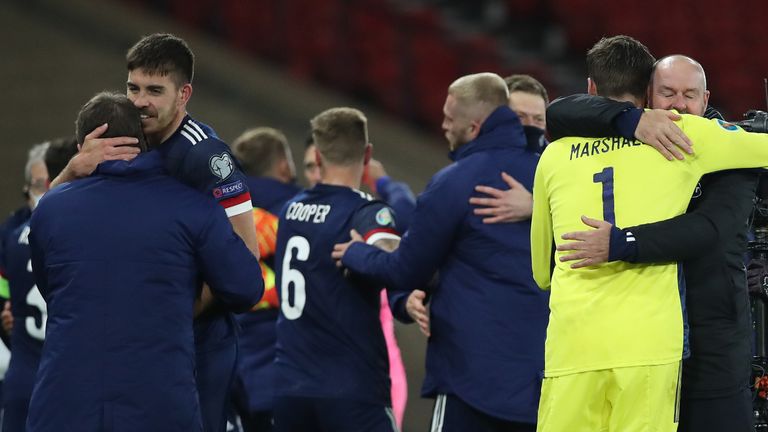 "Even being away from home in Belgrade, you can't really call it an intimidating place - nowhere is intimidating at the moment as there are no fans. Scotland can be cautious, as Steve Clarke likes it. You can have your five at the back, and make it very frustrating and stay in the game as long as possible.

"We'll need to try to get some pace into the team at some point, and I think we've got a decent goal threat when you consider the form Lyndon Dykes has been showing over a number of games.

"He's a confident player and so is John McGinn - he can provide goals from the middle of the park while Stuart Armstrong and Ryan Christie are both goal threats. I wonder whether Ryan Jack will come into the side, to be that bit more cautious and aware of what you're up against so the starting XI will be interesting but given the quality we have, I feel we have a right good chance."

The majority of Clarke's team have no memory at all of seeing Scotland in action at a major tournament. 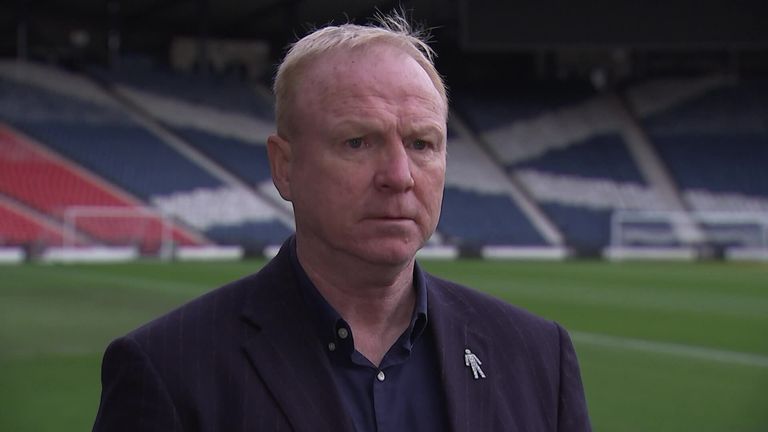 The barren years since Colin Hendry led out his team to face Brazil in the opening match of France '98 have been filled with near-misses and painful let-downs for the Scotland support.

"We've got a fantastic opportunity to get to a major tournament," Boyd said. "I don't think we've seen the importance of the Nations League in terms of helping get your team to a major competition.

"Fraser is a massive miss and would've been in Clarke's mind to start. He really stretched the game against the Czech Republic and linked up really well with Dykes so the focus will be on whether Christie or Armstrong can come in and have the same impact."

Walker: "I think David Marshall will be in goal despite his howler at the weekend for Derby. The back three picks itself for me but the only possibility is whether Scott McKenna is given some game time as Serbia are likely to start with Aleksandar Mitrovic up front so he could look to nullify the aerial threat and the physical contest."

Boyd: "Declan Gallagher can provide that too. If there's one thing we need in the centre of the back three, it's an out-and-out defender who can head and kick anything that's in his way. I wouldn't be surprised if Clarke goes with him as he's played well the past couple of games.

"We've seen it before where if you miss a trip and someone comes in and does well, you may have to bide your time to get your place back. Where the Scotland squad is right now, it's potentially where McKenna is given the form of those in the Scotland team right now. Gallagher has earned his right to play." 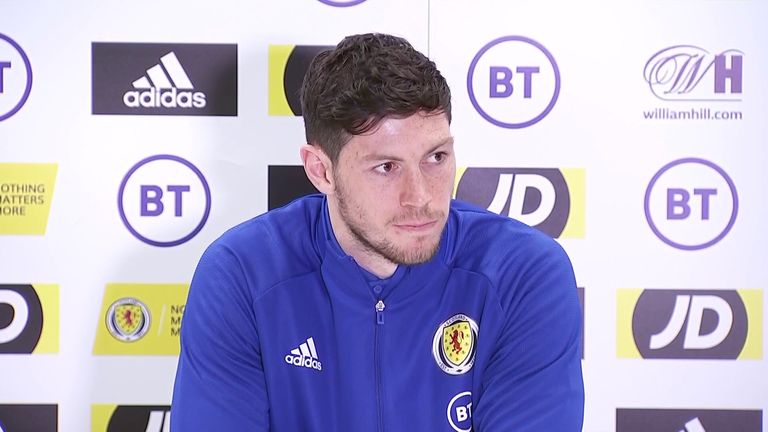 Walker: "I do wonder if Armstrong does get the nod because of his ability to carry the ball and get up in support of Dykes, but Christie has been doing it over the past couple of games."

Boyd: "Armstrong and Christie are more of a dilemma for me than Gallagher and McKenna. I think you could put a case forward for Armstrong to come in but with Christie playing week in, week out, I feel there's no doubt he's more of a goal threat than Armstrong, and I feel it would give us a little bit more balance." 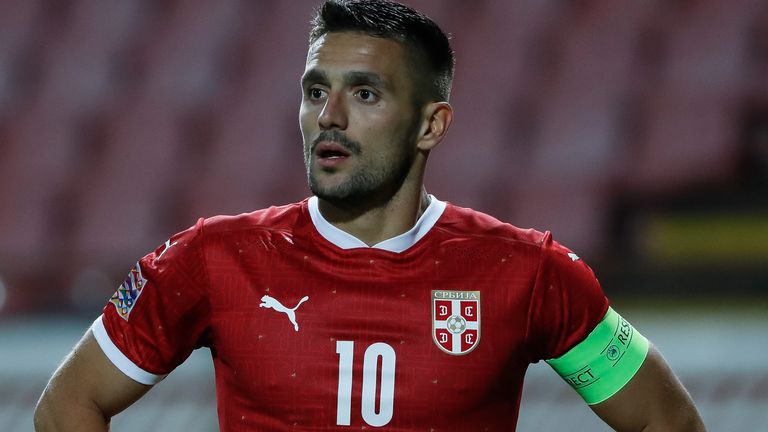 Walker: "With Aleksandar Mitrovic and Dusan Tadic just behind him, we all know what they're capable of, and they've got plenty of firepower. I just wonder whether we have as much. We've got enough in the middle of the park, but will Dykes get the service? Will we play with three at the back or will it more often than not be a five?"

Boyd: "If our full-backs are pushed back, it will be up to players like Ryan Jack and John McGinn to be brave on the ball. We've got other options if we need a goal. I don't think Leigh Griffiths will start, but he's shown over the past few weeks that he's in condition to come on in the last 15 or 20 minutes to make an impact. 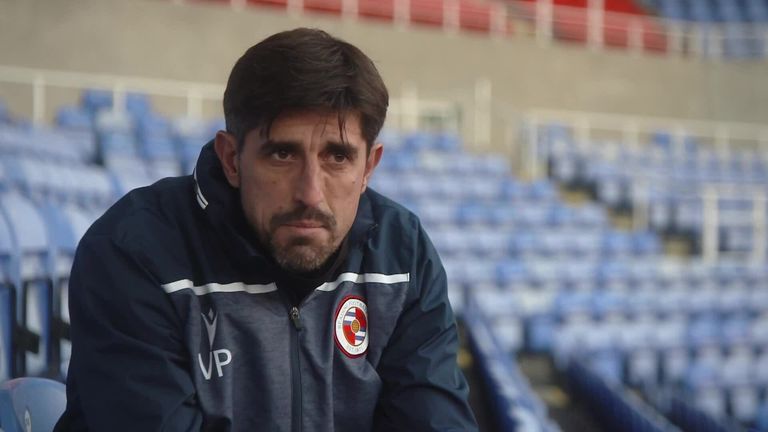 "In terms of finishing, I'm not sure if there is anyone better in a Scotland jersey right now, but it's a big ask to start the game as Lyndon Dykes has performed well and he will lead the line.

"If Steve Clarke needs someone to get Scotland back into the game or to go searching for a winner, he can turn to Griffiths as his finish against Aberdeen was unbelievable. All good goalscorers go searching for goals, which is what he did in the Europa League. If Clarke needs a player to turn to off the bench, I'm sure Leigh will be ready."

What winning would mean...

Boyd: "The players have the chance to become legends and it would have a big impact on the country. It's been generation after generation of failed Scotland teams, and we'd be kidding ourselves if we didn't say that wasn't having a wider impact on society. When you were a young boy, you wanted the names on the back of your Scotland strips.

"You don't see so many Scotland strips kicking around, and that's because we've not given the country the lift it needs. I'm sure if the players get there on Thursday, I think we'll see a big shift. Kids will want to become the Andrew Robertsons, the John McGinns and the Lyndon Dykes - not the players they see in England." 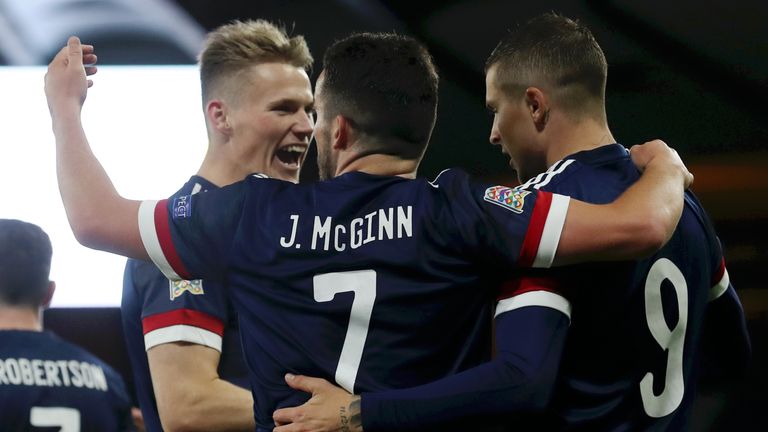 Qualification for a first tournament since 1998 will give a 'frustrated generation' of Scotland fans, and the entire country, a lift says James McFadden

Walker: "It was a given when I was growing up that we'd qualify for the major championships, but we would consistently then let ourselves down. But from a selfish point of view, I've got three boys in their 20s and they don't remember 1998.

"They've gone through the 2000s and they think it's a given that we don't get there. There's a hint of excitement, and the Nations League format has absolutely worked for us. We've got a right good chance."