Team news and preview ahead of Rangers vs Hibernian in the Scottish League Cup semi-finals on Sunday; kick-off 4pm.

Player-coach Jermain Defoe, B-team boss David McCallum and his assistant Brian Gilmour, along with goalkeeping coach Colin Stewart, will be on the sidelines and may consider giving fit-again Ryan Jack a start after he came off the bench against Ross County in the last outing.

Filip Helander remains on the sidelines with a knee problem and Nnamdi Ofoborh (heart issue) is also still missing.

Hibernian striker Christian Doidge returns to the squad after being out of action for three-and-a-half months with an Achilles injury.

Key midfielder Kyle Magennis is still absent with a groin problem that has kept him sidelined since the end of September, with manager Jack Ross admitting he has no idea whether he will return before the winter break.

Sean Mackie and Melker Hallberg are both back in training following long-term injury lay-offs, but neither are expected to be involved this weekend.

Follow Rangers vs Hibernian in the Scottish League Cup semi-finals in our dedicated live blog on Sky Sports' digital platforms. 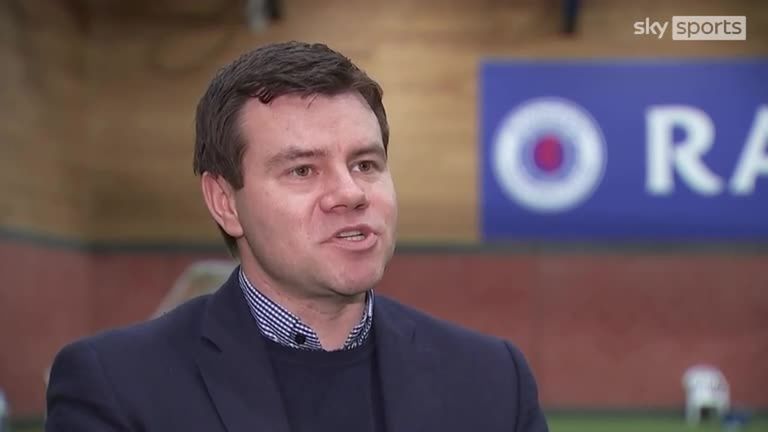 Rangers sporting director Ross Wilson has laid out his expectations for Giovanni van Bronckhorst in an exclusive interview with Sky Sports.

Van Bronckhorst was appointed Rangers manager on Thursday, signing what is understood to be a three-and-a-half-year deal, after Steven Gerrard left to manage Premier League side Aston Villa.

Last season, Gerrard led Rangers to a record 55th Scottish top-flight title - their first since 2011 - and during his three years in charge established the team in Europe, reaching the Europa League last 16 on two occasions.

"When you are at a club like this, especially when we are defending champions, I think we certainly want to keep up that track record of winning that we've established," Wilson exclusively told Sky Sports.

​​​​"Clearly our European track record has been outstanding in recent seasons and we want to keep that up. If we can surpass it, even better, but at a club like this it's all about keeping winning and moving forward."