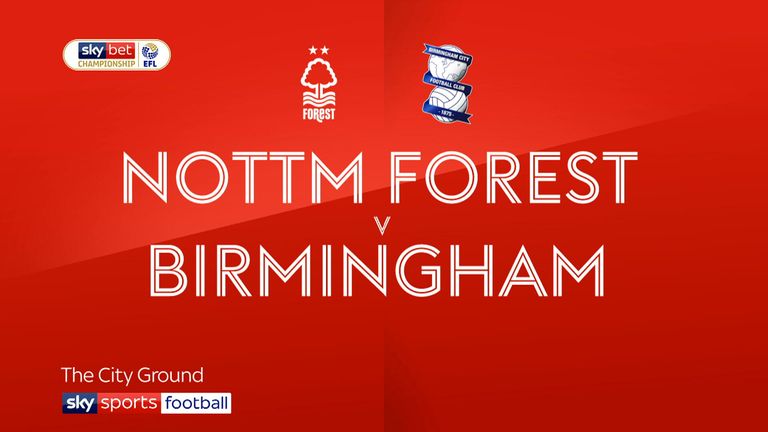 Birmingham surrendered a two-goal lead as Nottingham Forest fought back to salvage a point in an entertaining 2-2 draw at the City Ground.

Lukas Jutkiewicz's towering header gave the visitors a deserved lead after 21 minutes before substitute Che Adams looked to have put the game beyond the hosts with a fine finish all of his own making (72).

But Joe Lolley hauled Aitor Karanka's team back into the contest with his first touch after coming on (75) before Daryl Murphy completed the comeback with an instinctive finish with three minutes remaining.

The result leaves Forest 13th in the Sky Bet Championship with Birmingham remaining in 20th place after being denied their first win of the season.

Garry Monk's side were the better side until Karanka's tactical change in bringing Lolley on for Sam Byram with 15 minutes remaining - and they had chances to lead before Jutkiewicz's trademark finish.

Omar Bogle fired the first warning sign after 11 minutes as he drifted in from the left and curled a right-foot shot just wide of the post, before the impressive Gary Gardner clipped a free-kick inches wide of the left upright.

Forest made six changes. There was no Lewis Grabban who had an Achilles problem. Hillal Soudani came in along with Daryl Murphy as Joe Lolley made way. There was no Tendayi Darikwa as Sam Byram took his place at right back.

Jack Robinson came into the side in place of Joao Carvalho, who dropped to the bench. Gil Dias replaced Adlene Guedioura while Ben Watson took the place of Ben Osborn.

Birmingham were unchanged from the 1-0 defeat by Bolton. It meant that Omar Bogle kept his place up front with Che Adams starting on the bench.

But Forest 'keeper Costel Pantilimon could only watch on when Jacques Maghoma's cross was headed back across goal by Jutkiewicz and just inside the post to give Birmingham the advantage.

Forest had offered very little and fell further behind when Adams capped a lively cameo with a brilliant piece of ingenuity, rolling Tobias Figueiredo before firing low to Pantilimon's right to double Birmingham's lead.

The goal seemed to spark Forest into life as they reduced the deficit immediately. Substitute Joao Carvalho's free-kick was cleared only as far as Lolley, whose left-foot drive from 25 yards flashed past Lee Camp.

It was the midfielder's fourth goal in eight appearances against his former club, and Forest snatched a point with three minutes remaining after Camp could only spill Lolley's shot into the feet of Murphy, who made no mistake from close range.

Man of the match - Gary Gardner

Birmingham may still be in search of a first league win of the season, but this was another impressive outing from Gardner back where he has spent two separate loan spells in his career.

The 26-year-old made the controversial loan switch to Birmingham from Aston Villa this month, but he nearly capped a fine individual performance with the opening goal after seeing his free-kick curl just wide.

The composed midfielder was the heartbeat of an encouraging display from the visitors who will hope to avoid any final-day relegation drama based on this showing, despite Forest's spirited comeback.

Aitor Karanka: "I said before the game that it should be a reflection of what we've been doing at the training ground, but the first half was a really bad reflection. 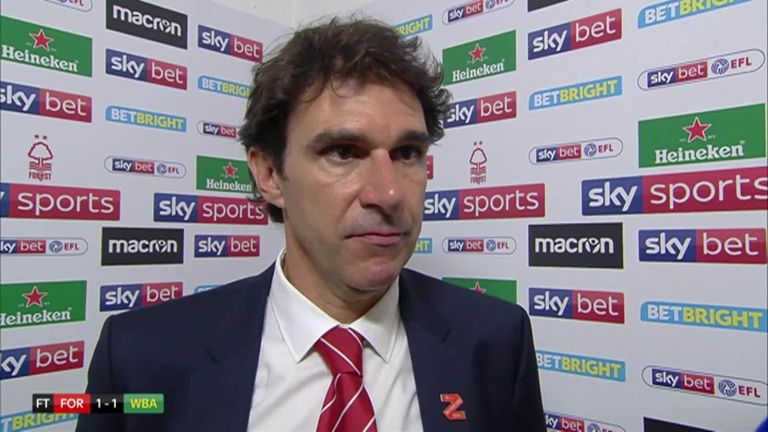 Karanka: One mistake cost us

Garry Monk: "I was really impressed by that performance, away from home, against such a strong side. We controlled the majority of that game, and to be 2-0 up against a strong side with quality, we knew with that scoreline they would come.

"It's just two moments that we should have dealt with better, but it was two moments out of nothing really that has cost us the three points. That's a learning part for our team." 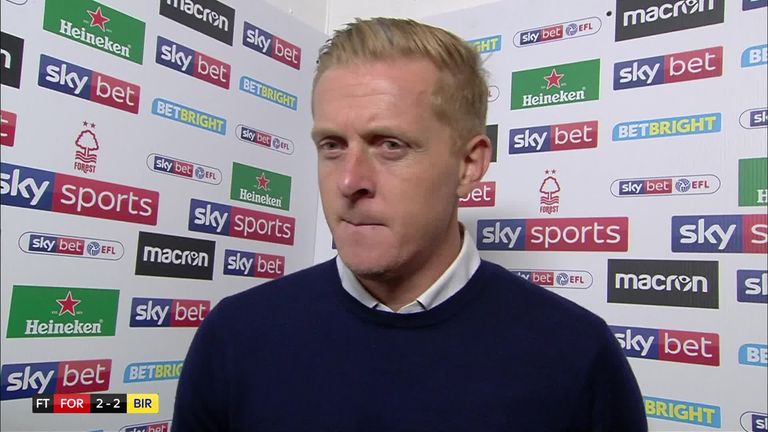 Nottingham Forest host Newcastle at the City Ground in the second round of the Carabao Cup on Wednesday before they travel to face Brentford next Saturday.