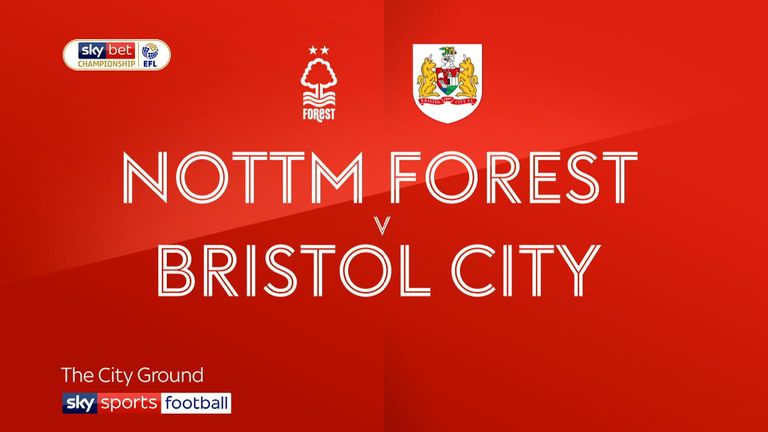 Martin O'Neill's Nottingham Forest return got off to a flat start as Bristol City edged a 1-0 win at a sold-out City Ground.

Lee Johnson's Bristol City kept their impressive momentum going thanks to Famara Diedhiou's precise finish which notched up a fifth consecutive win and extended their unbeaten run to 11 games.

It was not the story the home fans had wanted to see unfold, as the legendary former midfielder returned to the ground where he was part of the famed side, managed by Brian Clough, that lifted back-to-back European Cups.

O'Neill had only four days to prepare for the game, following his appointment at the start of the week, as the replacement for Aitor Karanka.

It was the visitors who often looked the slicker of the two teams. Bristol arrived with the clear intent of ruining O'Neill's return, as they had the better of the opening half hour, when it came to clear sights of goal.

Costel Pantilimon had to pull off two very good saves to deny the visitors the lead.

The first came as he pushed away a forceful shot from Andreas Weimann, which was hit with real venom. The second saw the Romanian get down well to claw away a low shot from Callum O'Dowda, following a rapier quick break from Bristol. 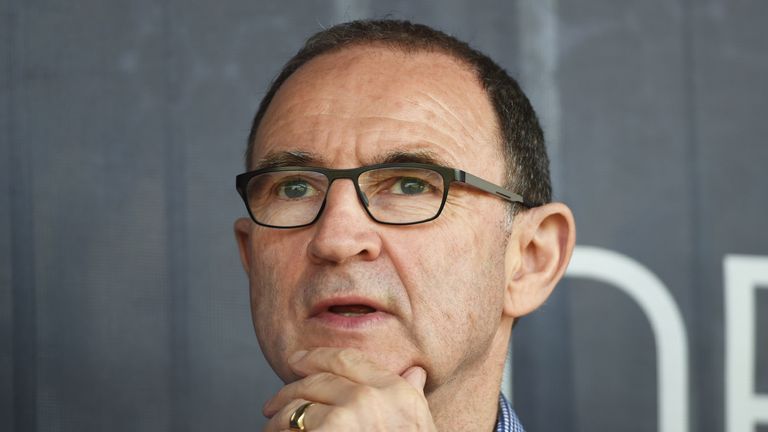 Martin O'Neill says he felt that a return to Nottingham Forest as manager was inevitable, but says his only objective is promotion

O'Neill, who was a hugely animated figure, was lectured by referee Jeremy Simpson after straying from his technical area and down the side of the pitch once too often.

O'Dowda threatened again when he cut into the box from the right, but his rising shot cleared the bar. Forest had a great chance when Osborn delivered a teasing cross, but Lolley could not keep his header down.

Pantilimon continued to be the hardest working of the two keepers in the second half, as former Red Jamie Paterson tested him with a dipping shot.

When Cash delivered a cross-shot towards the far post Daryl Murphy cut the ball back into the danger zone - but an alert Frank Fielding pounced on the ball before Grabban could connect.

Yohan Benalouane, who had only signed for Forest from Leicester on Thursday evening, almost plundered a debut goal, but was denied as Fielding pushed his header over.

It was Bristol who took a 70th-minute lead. Weimann ghosted into space on the right and cut the ball back accurately for Diedhiou, who delivered a precise low shot into the back of the net, through a group of Forest players.

Forest responded as Murphy beat Fielding with a low shot, but saw his effort cleared away amid a melee of players. Jack Colback and Grabban both tried their luck from range for Forest - but were both denied by the impressive Fielding.

Martin O'Neill: "I was hoping that today, with the crowd right behind us, with that momentum, we could find a bit of strength. We will think about a lot of things over the coming week. But this is a learning curve for me and it is about players getting to know me as well.

Lee Johnson: "It was a big win, we had to deal with a lot today. The prodigal son returned and it was all set up for us to end our run against a new, famous manager [O'Neill] but I thought we were very professional.

"I thought we were good throughout though not at our most slick. We missed decent chances early on but in the key moments key players performed, be that Diédhiou tucking it in and a big shout-out to Frankie (Fielding), having not played in a long time, pulled off some fantastic saves."