Highlights of the Sky Bet League Two game between Plymouth and Crewe.

Harry Pickering scored a brilliant individual goal to put Crewe in front in the 52nd minute.

Pickering made space for himself on the edge of the box before delivering a delicious 20-yard curling shot past diving goalkeeper Alex Palmer into the top corner.

Five minutes later and Plymouth were level through Luke Jephcott. 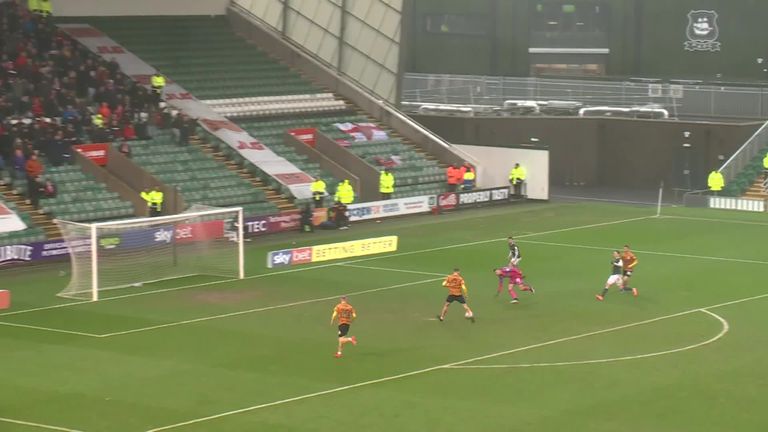 Crewe’s Chris Porter had a moment to forget when he missed an open goal from 12 yards open in their 2-1 defeat at Plymouth.

The Wales Under-19 international scored his sixth goal since being recalled from a loan at non-league Truro, meeting a pin-point Byron Moore cross from the right with a deft headed finish.

Crewe should have gone ahead when Stephen Walker teed up Chris Porter with an open goal after beating Palmer, but the forward skewed his shot wide from 12 yards.

Alex were made to rue that missed opportunity when Danny Mayor won a 71st-minute penalty and Antoni Sarcevic drilled the ball into the bottom corner past Will Jaaskelainen.

The Crewe keeper made a superb save minutes later, keeping out George Cooper's goal-bound free-kick at the far post.