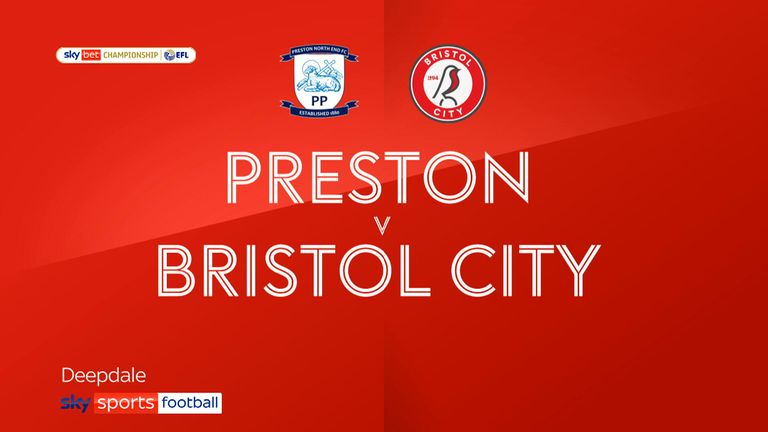 Daniel Johnson's first half penalty was enough to earn Preston a narrow 1-0 win over Bristol City at Deepdale on Friday night.

The Jamaica international rolled home what proved to be the winner from 12 yards out after Taylor Moore's trip on Scott Sinclair (21) and while the Robins improved after the break, they couldn't force a winner to deny the hosts a deserved win.

A fourth defeat in five for Dean Holden's men prevents them climbing into the Sky Bet Championship play-off places as they stay ninth, while Preston edge closer to the top half of the table and jump to 13th.

An early Christmas present for Preston

Preston carried two unwanted tags into their final game before Christmas. With 30 goals conceded and six home defeats to their name already, Alex Neil's men had both the division's worst defensive record and the worst home record.

It certainly wasn't obvious as the game progressed, however. It was North End who moved the ball in a more confident and they who mustered the first two chances; Sinclair's direct run and shot produced a corner, from which Sean Maguire forced Robins goalkeeper Daniel Bentley into a routine save.

From another determined dash into the penalty area moments later, Sinclair was tripped by Moore and, after a moment to consider his decision, referee Geoff Eltringham pointed to the spot. There was no other candidate but North End's penalty specialist Johnson, who stepped up and sent Bentley the wrong way to open the scoring.

City found it hard to bring Nahki Wells and Chris Martin into play and ended the first half without a shot on target. In reaction, Holden switched to a back four at the break, while Antoine Semenyo was introduced to add the much-needed industry that his side had been lacking.

He added a new dimension and fluency to their game almost immediately, testing Declan Rudd with a header moments after joining the action. Meanwhile, there was a moment of controversy when he was caught by Darnell Fisher, who escaped a second booking despite impassioned appeals from the Robins.

Callum O'Dowda undoubtedly had the best chances to draw the visitors level, though. Rudd dived at full stretch to his left to push a curling left-footed effort away from 20 yards, before tipping over a smart header, but the equaliser wouldn't come.

Man of the match - Paul Gallagher

"I thought he was brilliant tonight and his experience shone through. You just have to look at the stats. He used the ball well, it was just unfortunate that he had to go off with a knock." 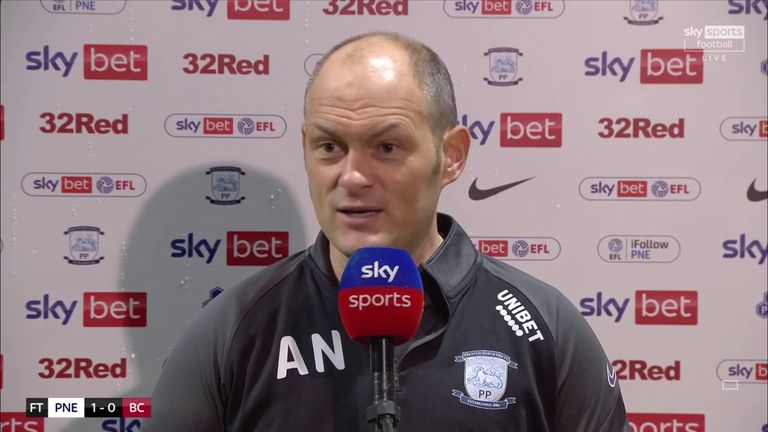 Preston's Alex Neil: "Games at this level are all about small margins. The best chances tonight, I thought, fell for us and, in the first half, I think we played some really good football. We deserved the lead but probably could've scored another one or two, which was the frustration at half time.

"We knew Bristol City were going to react and they changed their shape, which caused us a little bit of a problem. I thought what changed in our favour is when we went two up top and stopped them building at the back. We dug in when we needed to in the end. We're just delighted to get the result." 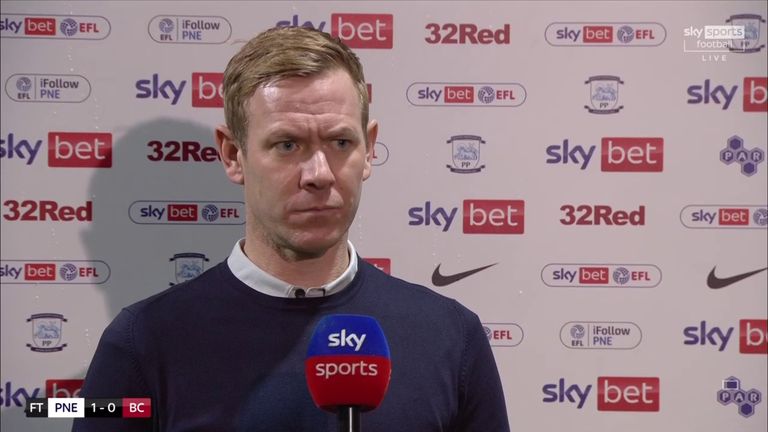 Bristol City's Dean Holden: "I don't think there was a lot in the game. We've come on the wrong side of a penalty. We took it right to Preston in the second half and had a real go at them. We created some good chances and just not been able to put one of them away.

"We're on the wrong side of a result and that's how it's going for us at the moment but we've got to respond pretty quickly. We've got a few days now to really start to think about how we can come out of this because we don't want it to fester. We need to snap out of it quickly."

Both sides are next in action on Boxing Day at 3pm. Preston travel to Pride Park to face Derby, while Bristol City host Wycombe at Ashton Gate.