By Dan Long at the Kiyan Prince Foundation Stadium 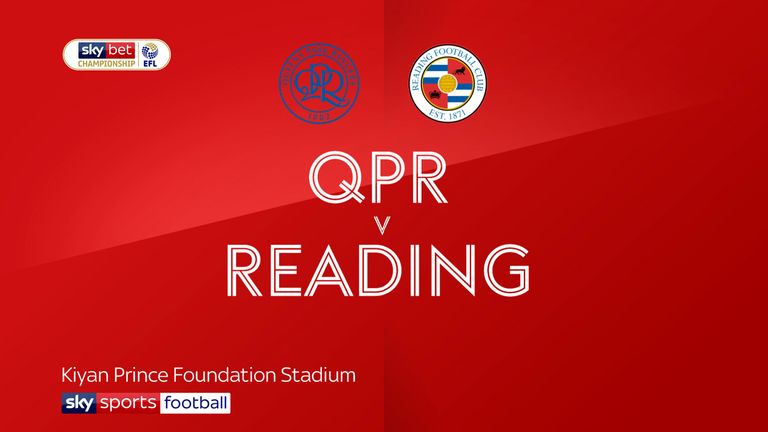 Highlights of the Sky Bet Championship match between QPR and Reading

Sam Baldock scored his first goal since December 2018 as struggling Reading twice came from behind to draw 2-2 with QPR at the Kiyan Prince Foundation Stadium on Tuesday night.

Nahki Wells opened the scoring after 29 minutes when he tucked home Ebere Eze's pass, but George Puscas levelled the proceedings inside two minutes with a simple finish past R's stopper Liam Kelly (31).

The hosts deservedly got themselves back in front after Jordan Hugill's deflected effort, but Baldock secured a point late on when he tapped over the line from close range after John Swift's cross was headed into his path.

A second draw of the season for Mark Warburton's Rangers sees them move up to fourth, with Mark Bowen's Royals now three points clear of the relegation zone.

Bowen's Reading moving away from danger

In light of QPR's recent inability to keep clean sheets, Warburton brought in Hugill in place of Bright Osayi-Samuel and appeared to be looking for a direct approach by employing a 4-4-2 formation.

Hugill was picked out with a handful of early long balls forward, but it was the Royals who threatened first, with Baldock forcing Kelly to race from his line to make a brave low stop inside the area.

Referee Jeremy Simpson denied the hosts a penalty after an apparent handball by Andy Yiadom, though it mattered little when Wells found the back of the net with a clinical finish from 20 yards following a neat pass from Eze.

Mark Warburton made one change to the side that beat Hull 3-2 at the KCOM Stadium on Saturday, as Bright Osayi-Samuel made way for Jordan Hugill.

Reading boss Mark Bowen made three changes of his own, despite the last-gasp win over Preston at the Madejski Stadium. Sam Baldock replaced the injured Yakou Meite, while Andy Rinomhota took the place of Pele and Omar Richards started over Jordan Obita.

The lead was short-lived, however. The brilliant Ovie Ejaria drove forward from midfield and picked out Puscas, with the Romanian forward finding the back of the net with a shot that crossed the line via the far post.

Reading wised up to QPR's approach to play out from the back as the second half wore on, but they were again pegged back when Wells' flicked header was dispatched past Rafael Cabral just before the hour mark.

The travelling support seemed resigned to suffer a first defeat of Bowen's reign, but the away end erupted with 16 minutes to play when Yiadom headed Swift's free-kick across the six-yard box, leaving Baldock with the simplest of finishes.

Man of the match - Sam Baldock

The 30-year-old frontman had played just five first-team games in 2019 before tonight's clash, but his performance suggested there's more to come from him during the Bowen era.

He showed a decent understanding with Puscas at the Kiyan Prince Foundation Stadium and looked hungry for success in front of goal, deservedly poaching the vital equaliser in front of the travelling support. 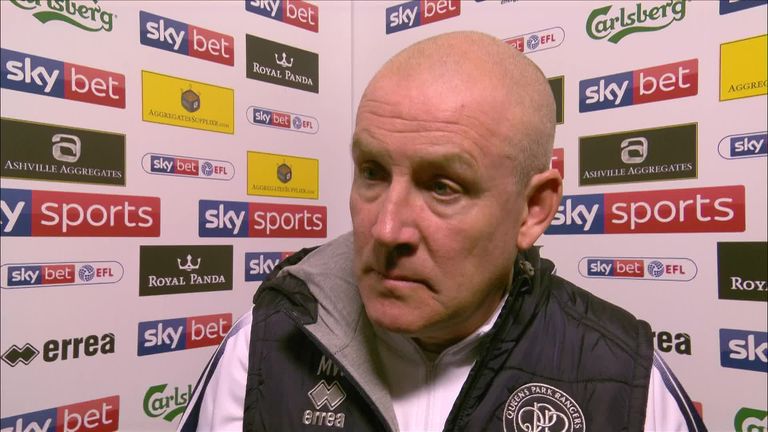 Mark Warburton says a 2-2 draw was a fair result

"Whenever you have goalscorers and you have goalscorers scoring, it's so important. Sometimes it's one of them, but we've got the pair of them and they are putting the goals in week in, week out. Goals are coming from around the team, which is tremendous, but we've got to defend as a team and attack as a team and tonight, we weren't really in a good gear. But playing poorly and still coming out with a draw, we'll take that."

Reading boss Mark Bowen: "I'm really proud of the way my lads came back twice. It's a difficult place to come; they're a team that's been in the ascendancy lately so to come back twice showed enormous character. 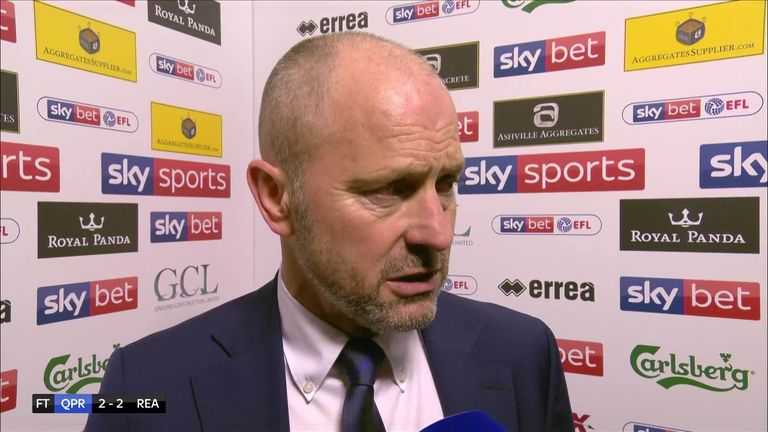 "I thought the gameplan that we had worked really well. Mark changed his formation because I think we were causing them too many problems in the first half. They had spells in the game where we had to dig in and show resilience, which I was pleased with and we made a change late on trying to get more possession. For me, two games in quick succession, and to come away with four points, I'm delighted."

Reading travel to the City Ground to take on Nottingham Forest on Saturday, while QPR host Brentford in the west London derby at the Kiyan Prince Foundation Stadium on Monday, in a game live on Sky Sports Football.