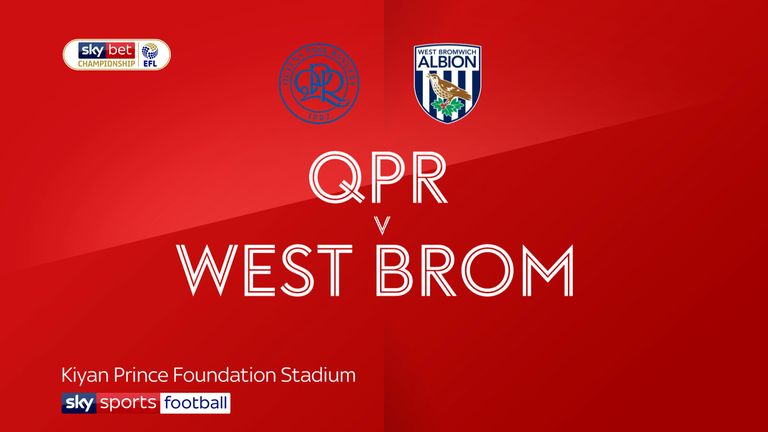 Nathan Ferguson became West Brom’s youngest goalscorer for a decade as he hit their opener in a 2-0 victory over QPR that extended the Baggies’ unbeaten streak to nine games.

After a drab first 45 minutes in west London, the 18-year-old became the youngest player since Chris Wood in 2009 to score for the club when he rampaged forward from left-back and struck past the helpless Joe Lumley (54).

Mark Warburton's side were reduced to 10 men with eight minutes to play when Yoann Barbet tripped Hal Robson-Kanu (82) and Matheus Pereira took advantage of a poorly assembled Rangers wall to tuck home a low free-kick (84).

The result saw Slaven Bilic's men leapfrog Nottingham Forest at the top of the Sky Bet Championship as they kept their first clean sheet of the season and brought Rangers' four-match winning streak to an end.

Either of these two sides could have moved to the summit with a victory but, with the hosts looking to extend their unprecedented winning streak and the Baggies yet to taste defeat, there was pride at stake, too.

With such expectation, it was almost obvious the first half would fail to set the world alight. Charlie Austin saw an early volley blocked, while Nahki Wells was left frustrated; his only effort a tame 25-yard shot that he ballooned over the bar.

The half-time stats didn't read well, as a result: three shots between the two sides failed to produce a single one on target

Ferguson had only made his professional debut at the start of this campaign - even excelling in an unfamiliar left-back role - and he capped recent performances with a first senior goal when he hit a pot-shot from range that caught Lumley off guard.

The cagey feel to the game continued after that, but when Robson-Kanu sprang the offside trap to bring down a long ball out of defence, the game changed as Barbet was shown a straight red card for a trip on the Welshman.

From the resulting free-kick, Sporting Lisbon loanee Pereira made it 2-0 after a four-man wall timed their jump so poorly he found the bottom right corner with ease.

Man of the match - Nathan Ferguson

Admittedly, most people wouldn't have heard of Nathan Ferguson a few months back. The 18-year-old - who has been at the club for a decade - only made his debut on the opening day of the season but he's gone from strength to strength in the months since.

A centre-back by trade, Slaven Bilic has utilised him as a left-back to great success and not only did he score a cracking goal in west London, the England U20 international was in the thick of the action throughout; he played a crucial role in the team's first clean sheet of the season, making three tackles and drawing four fouls.

QPR boss Mark Warburton: "I think we showed too much respect. They're a very good team, a talented team with big expectations and we knew what we faced, but we didn't get out of second gear in the first half.

"We started the second half well and then conceded a really soft goal. To concede a goal like that, the whole dynamic of the game changes. He's run 40 yards and shot from 30-odd yards. We shouldn't concede that goal."

"Maybe their budget is multiples of ours and the expectations are there, but we've shown in recent weeks that we can go home and away and play good football and hurt teams. Up to last week we had the second-most chances created. So I think we've earned the right to be shown some respect and if teams don't show us respect we'll hurt them."

West Brom boss Slaven Bilic: "This is the best performance that we played so far. Straight from the start we were on the front foot. They didn't have a sniff. We were a bit nervous - we were getting in great situations but were rushing it. 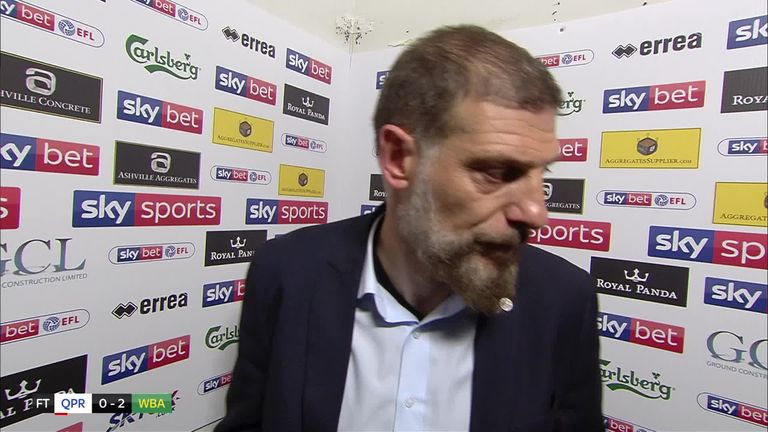 "In those situations you maybe need one moment of individual brilliance and we got that with Nathan. We were pure class afterwards. I'm really pleased. Of course we can get better and it's still early days but I have to say the lads have been excellent."

Both sides are back in action this midweek, with West Brom facing early leaders Leeds at Elland Road on Tuesday and QPR travelling to south Wales to take on Cardiff on Wednesday. Both games get underway at 7.45pm and are available to watch on Sky Sports Football via the Red Button.