Rotherham 1-2 Leeds: Marcelo Bielsa's side come from behind to increase Championship lead 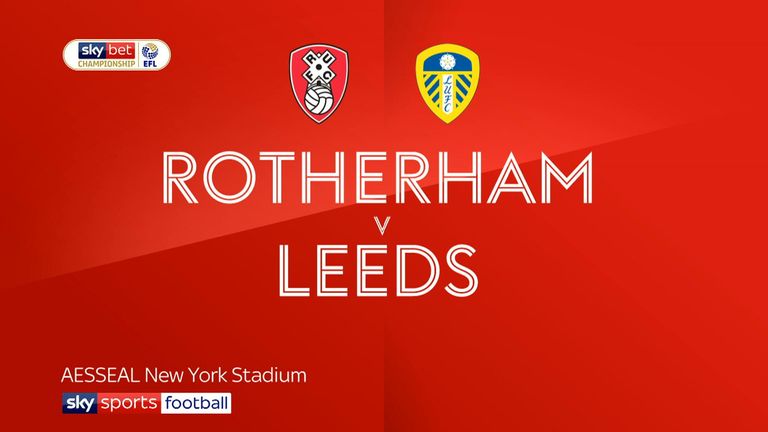 Highlights of the Sky Bet Championship match between Rotherham and Leeds

A second-half double from Mateusz Klich helped Championship leaders Leeds come from behind to beat Rotherham 2-1.

Marcelo Bielsa's team had trailed from the 28th minute when Semi Ajayi opened the scoring for the Millers.

But they bounced back as Klich took his tally for the season to seven goals.

Rotherham took the lead in emphatic fashion as Ajayi, who had been a doubt before the game, drilled a fine shot into the top corner from just outside the area.

Leeds, however, recovered after the break as Klich, who has been revitalised under Marcelo Bielsa, took advantage of some poor Rotherham defending to level the game after 51 minutes.

It looked as though the game may be heading for a draw but Klich struck with four minutes to go as Leeds moved three points clear at the top of the table, after Norwich drew 2-2 with Sheffield United.

Paul Warne: "It is always difficult to concede that late on because it doesn't allow you to throw the kitchen sink at them. I am 100 per cent honest and I am proud of their performance. We limited them to very few chances.

"I thought from the lads' attitude and sticking to the gameplan could have been enough to come away with a positive result."

Marcelo Bielsa: "[Kiko Casilla] did not have a lot of work to do with some mid-distance saves and he had some aerial work at the end of the game. From my point of view it was very difficult to avoid the goal we conceded and he had a balanced performance.