Report and highlights from Sky Bet Championship clash at Hillsborough 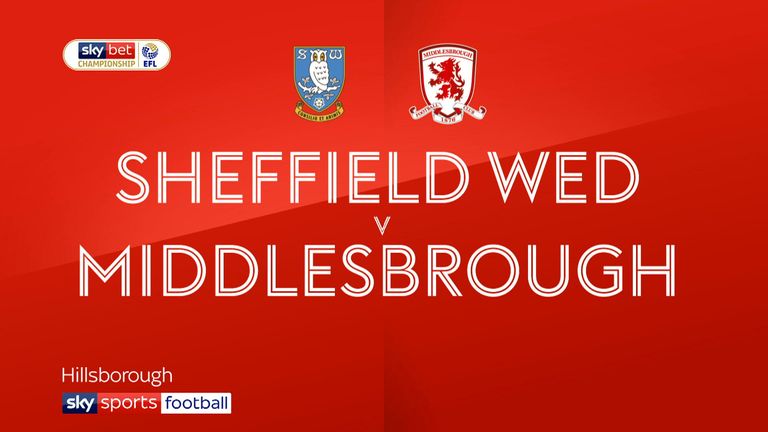 Britt Assombalonga scored his 50th Sky Bet Championship goal as Middlesbrough climbed to the division's summit with a 2-1 win over Sheffield Wednesday at Hillsborough on Friday evening.

A lacklustre first half had left plenty to be desired, but Mo Besic got Boro going when he tucked home after a flowing move (49) and Assombalonga then seized on Tom Lees' defensive error to tap in a second within minutes (55).

Adam Reach set up a grandstand finish in the Steel City when he arrowed a stunning volley beyond Darren Randolph to halve the deficit (82), but Tony Pulis' side battled to survive a late, inspired Owls fightback.

Man of the match: Mo Besic

The victory moves Boro level on points with Sheffield United, though the Teessiders top the division overnight on goal difference, while Jos Luhukay's side remain sixth, having failed to keep a clean sheet in their opening 13 games.

Reach's name has become synonymous with scoring spectacular long-range goals of late, but he showed he is equally adept at the basics with the game's first chance, when his flicked header from Barry Bannan's dinked cross skimmed the top of the crossbar after 12 minutes.

Watch and vote for your favourite September goals in the Sky Bet Championship, League One and League Two here

On the half hour, Reach went close once more as he dispossessed George Friend and struck a shot from the right corner of the 18-yard box; he argued Randolph's fingertips had pushed the ball to safety, though referee Peter Bankes disagreed.

Though the first half had lacked quality, the defensive organisation of both sides was impressive, with Ryan Shotton at the heart of the action for the visitors and Michael Hector displaying admirable bravery to throw himself at Adam Clayton's rasping drive.

The half-time break seemed to change the game and within four minutes of the restart, Boro had edged themselves in front. A clever backheel from Stewart Downing freed up Jonny Howson to cross into Besic; the Bosnian cut the ball onto his right foot and dispatched a shot beyond Cameron Dawson.

Sheffield Wednesday boss Jos Luhukay made two changes for Friday's fixture, as Josh Onomah and Daniel Pudil dropped to the bench in favour of Joey Pelupessy and Lucas Joao.

Tony Pulis made three changes to his Middlesbrough side following their 2-0 defeat to Nottingham Forest prior to the international break as George Saville, Jordan Hugill and Martin Braithwaite made way for Adam Clayton, Britt Assombalonga and Dael Fry.

Just six minutes later, Besic turned provider as he preyed on Lees' hesitation in playing out from the back, drew Dawson from his line and squared for Assombalonga to slide a shot into the empty net.

Reach reduced the arrears when he hit a first-time, dipping volley to hand the Owls a slim chance, but though the hosts threw everything at their opponents in the final stages, the typically resolute Boro backline held firm when it mattered most.

Man of the match - Mo Besic

A complete performance from the Bosnian, particularly impressive given his midweek international exploits. He was a huge threat in attack and finished off a well-crafted Boro move for the opener, before remaining prominent with several chances later on.

But not only was he a threat going forward, he successfully thwarted numerous Sheffield Wednesday advances and his passing accuracy was simply excellent.

Jos Luhukay: "We didn't give any chances away in the first half and came to one or two good chances to score. In the second half we directly made two errors in our defending in the first 10 minutes and we were punished. Jos Luhukay says his side made two mistakes which cost his side two goals in Sheffield Wednesday’s 2-1 defeat to Middlesbrough.

"It was difficult to come back into the game but today we were not good enough in possession to come to a positive result. We must now help the players to find a positive feeling for Tuesday. We couldn't come to our own rhythm but we can't change that, we can only look to Tuesday."

Tony Pulis: "I think the lads were really, really keen to put a performance in tonight. We were poor against Forest, partly sometimes down to me for working them hard when they should have had more of a rest after the game against Ipswich. But they've responded tonight and I'm absolutely delighted for them. 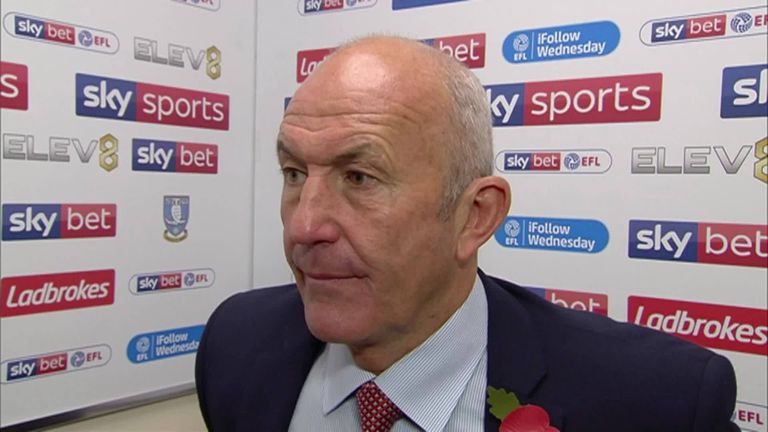 Tony Pulis was delighted with the way his side responded to the defeat to Nottingham Forest with a win at Sheffield Wednesday, which puts Middlesbrough top of the table.

"We've played really well for 77 minutes and controlled the game and then Reach smashes one in the top corner, which is a great, great finish and then you are hanging on for 10 minutes. But I thought we were very, very good tonight."

Both sides are in action on Tuesday evening, as Tony Pulis' Boro welcome Rotherham to the Riverside and Sheffield Wednesday travel to west London to face QPR at Loftus Road. The two games - along with every other midweek Championship fixture - are available to watch live on Sky Sports Football via the red button or on the Sky Sports mobile app.