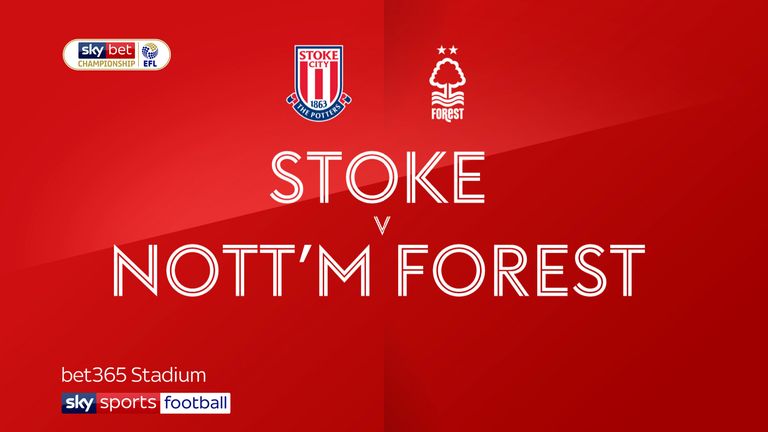 Nottingham Forest held off a late fightback from Stoke to secure a 3-2 victory to move to the top of the Sky Bet Championship and pile the pressure on under-fire Potters boss Nathan Jones.

Lee Gregory scored his first goal for the Potters since a summer move from Millwall (10), but Jack Butland's glaring error allowed Joe Lolley to equalise (36), before Sammy Ameobi's header gave Forest the lead for the first time (47).

A mistake from full-back Tom Edwards allowed Lewis Grabban to further extend the lead less than 15 minutes later (61), though James McClean's flicked header set up a tense finale in the Potteries (84).

In spite of a late push, Nathan Jones' men couldn't force a much-needed point on home soil, meaning Sabri Lamouchi's side moved top of the division for the first time in over five years, while the Potters remain second-bottom with two points from their opening nine games.

Without a league win since April 6, there were indications this fixture was a chance for the Potters to put things right after an encouraging display in the stalemate with Brentford last weekend.

There was a certain confidence to their approach and took them just 10 minutes to take the lead; a venomous effort from Tom Ince took a deflection off Jack Robinson and bobbled into the path of Gregory, who was on hand to sweep the loose ball home.

At this point, for an outsider, it would've been difficult to distinguish between the struggling side and the one hoping to move top of the league with victory. But it became clearer nine minutes before the break when Butland's failed catch allowed Lolley to steer into the unguarded net.

The early optimism from the home crowd was drained almost instantaneously, but Ameobi compounded that inside two minutes of the restart with an excellent angled header to divert Matty Cash's cross into the top right corner.

Stoke boss Nathan Jones made one change from the side that drew 0-0 away at Brentford on Saturday as he reverted to a back four. Liam Lindsay replaced Nick Powell, who made his first appearance since the opening day of the season.

Sabri Lamouchi made two alterations to the Forest side that won 1-0 against Barnsley last weekend, as Jack Robinson and Sammy Ameobi took the place of Yuri Ribeiro and Tiago Silva.

Ailing Stoke awoke from their slumber around the hour mark, but salvaging anything from the tie looked beyond reach when Grabban scored his fifth of the season after Tiago Silva had helped on another cross from Cash.

Hope was reignited six minutes from time when McClean's flicked header took Edwards' free-kick over the line, but though substitute Tyrese Campbell had three late shots on target, he was unable to test Brice Samba in the Forest goal.

Man of the match - Sammy Ameobi

The Ameobi family aren't known for their prolific nature in front of goal, but the younger brother of one-time Stoke loanee Shola deserved the accolade for this fixture due to his brilliant header for Forest early in the second half in the Potteries.

He expertly steered a powerful header beyond Butland two minutes into the second half to hand Lamouchi's side the lead for the first time and then capped an impressive evening by robbing the ball from the feet of Edwards, starting the move than resulted in Grabban's goal less than 15 minutes later.

Stoke boss Nathan Jones: "We're a good side between both boxes, we really are. We move the ball well, we press, we work hard - we created so many chances today. They had three crosses and scored three goals. Three errors from us, but it's been symptomatic. 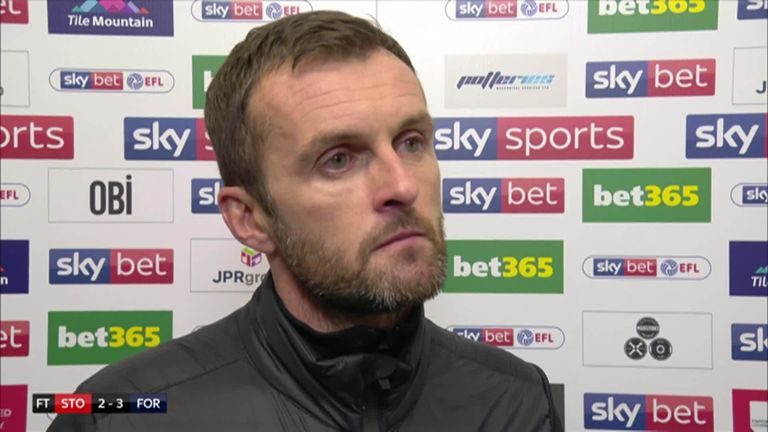 "We had a great pre-season. We have a one-on-one with the 'keeper in the first game and then nine minutes in an error and the whole place deflates and then six months' work goes out the window. We had big errors on Sky in the last game.

"Today we started brilliantly, were on the front foot, moving the ball well - we looked a wonderful side. Then an error, they are back in the game and the place deflates. I'm so confident about the work we do. I believe in the work we do and we look, at times, a wonderful side. But if people don't do their jobs on the pitch then, as a manager, you stand in there pretty much helpless."

Nottingham Forest boss Sabri Lamouchi: "We suffered a lot in this game. I am happy for the result; I am happy because we won away one more time and we scored three goals, but I think we can do better, we can play better, we can suffer less than tonight. Congratulations to Stoke because they didn't deserve [to lose]. 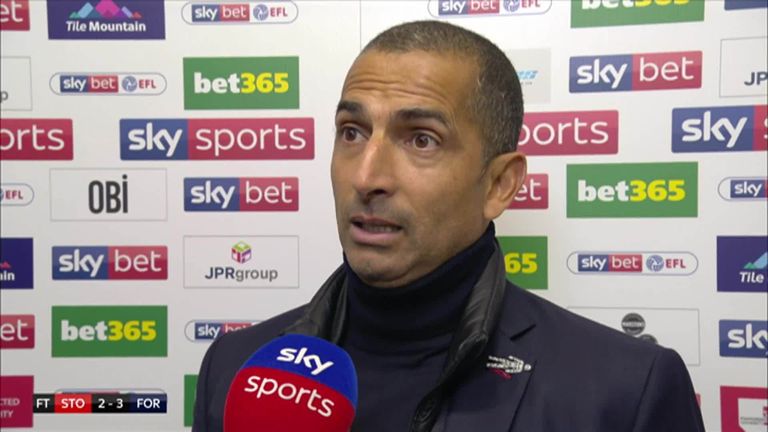 Sabri Lamouchi insists his Forest side must show more confidence and composure in their play, despite victory over Stoke taking them to the top of the Championship

"The manager and the players fought, they tried and they scored the first goal. But about my players, I give them congratulations to come back into the game immediately, to make the difference after the break. It was important but we didn't play well tonight. But when you play like this and you take three points...it is just positive things."

Both sides are next in action this coming Tuesday, October 1. Stoke host fellow strugglers Huddersfield, while Nottingham Forest travel to Blackburn. Both fixtures are available to watch on Sky Sports Football via the Red Button.