Report and highlights from the Sky Bet Championship clash between Swansea and Reading at the Swansea.com Stadium as goals from Andy Carroll and Danny Drinkwater helped the Royals towards a thrilliing win. 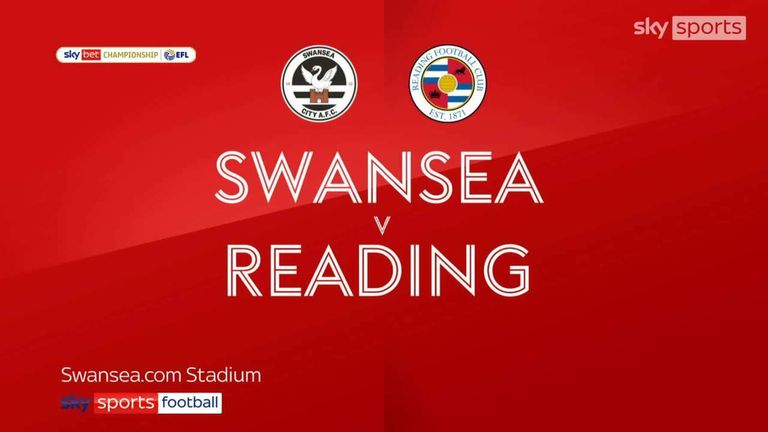 Highlights of the Sky Bet Championship game between Swansea and Reading.

Reading won 3-2 at Swansea as former England pair Andy Carroll and Danny Drinkwater rolled back the years with their first goals for the Royals.

Carroll struck after Tom Dele-Bashiru had cancelled out Jamie Paterson's quickfire Swansea opener that had set the tone of a frenetic Sky Bet Championship contest.

Ryan Manning equalised at the start of the second half but Drinkwater's first goal since December 2017 gave Reading a welcome win following their recent six-point deduction for breaking financial regulations.

Reading had scarcely touched the ball before falling behind inside three minutes.

Korey Smith split the Royals' defence with a delicious pass and Paterson beat goalkeeper Luke Southwood and the desperate goalline effort of Andy Yiadom for his eighth goal of the season.

That fast Swansea start might have deflated a Reading side with only one win in seven games but the visitors were level inside 60 seconds.

Dele-Bashiru was unmarked down the left and he cut inside on his right foot to beat Ben Hamer at the near post.

Swansea forced the pace as Southwood held Olivier Ntcham's low effort and Joel Piroe was just off target after plucking Manning's cross out of the air.

Reading took the lead on the half-hour mark when Swansea were caught by Drinkwater's ball over the top. 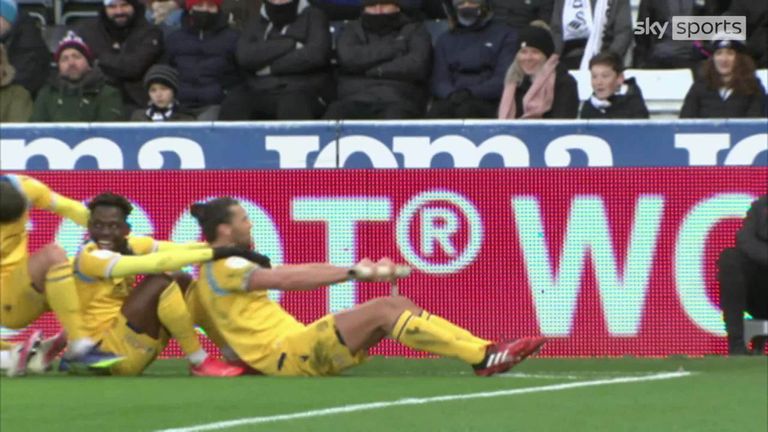 Andy Carroll scored for Reading against Swansea on his first start for the club and performed an amusing rowing celebration.

Carroll - who has signed a short-term Reading until mid-January - raced clear with no offside flag and had enough time to shift the ball on to his left foot.

The former Newcastle and Liverpool striker found the bottom corner for only his third goal in four years and his first since January.

Matt Grimes fired a free-kick straight at Southwood and Swansea were level within four minutes of the restart as Manning superbly curled home his first goal for the club.

But Swansea had not learned the lesson of the first half and again fell instantly behind.

Dele-Bashiru was given too much space to strike the post and the rebound fell kindly for Drinkwater, who found the net for the first time since scoring for Chelsea nearly four years ago.

Carroll drove across goal and Josh Laurent forced a fine finger-tip stop from Hamer as Reading sought to kill off the contest.

But Swansea were far from finished and Southwood saved from Grimes before Manning and Ntcham were denied amid some penalty area pinball.

John Swift's free-kick forced an acrobatic save from Hamer but Southwood stayed alert to protect Reading's lead by foiling Piroe and Kyle Naughton during a hectic finale.

Swansea's Russell Martin: "It's nowhere near good enough. Some of the stuff on the ball was great but I think maybe we fell into the trap that it was going to be really easy. The lack of intensity out of possession has really hurt us.

"We've conceded three goals where we've let people back inside the pitch which doesn't happen usually. That is seriously frustrating and I've told the players they should be hurt by that. It feels like we've beaten ourselves."

Reading's Veljko Paunovic: "Andy and Danny are very important with their experience, presence, composure and qualities. We needed a performance from them like this and to score goals. To help their confidence but also to create the atmosphere for the team, of cohesion and to build a new momentum for us. We gave a statement that we are never going to give up. We are all in this together and we are going to fight.

"The team performance brought us this great result in a very important moment, not just for this season but in the club's history. We said this week we needed a win as soon as possible after the points deduction. It came in the last game of the week when we had three games but it's well received and on time."