Report and highlights from the Sky Bet Championship clash between Swansea and Norwich City at the Liberty Stadium as goals from Andre Ayew and Conor Hourihane secured a 2-0 win for the Swans and cut the Canaries' lead at the top of the table to two points. 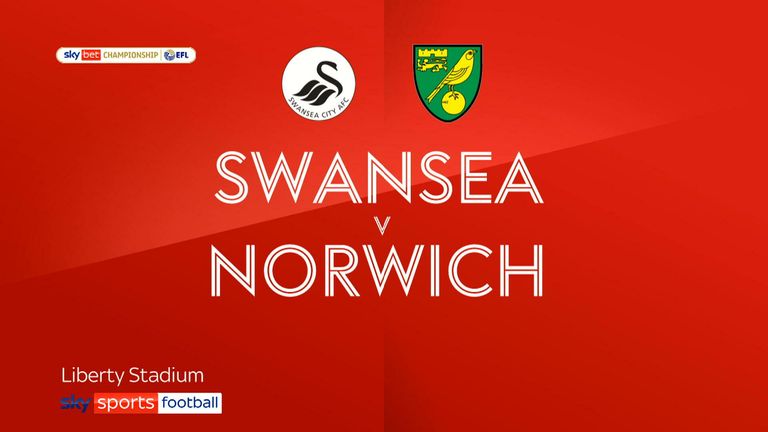 Highlights of the Sky Bet Championship match between Swansea City and Norwich City.

Swansea cut Norwich's lead at the top of the Sky Bet Championship table to two points after a 2-0 win over the goal-shy Canaries at the Liberty Stadium.

The hosts edged ahead in South Wales three minutes before half-time when Andre Ayew struck from close range after visiting goalkeeper Tim Krul had spilled a corner.

Shortly after the restart they added a second when Conor Hourihane fizzed in a shot from distance (48) and while Norwich lacked cutting edge in the final third, their opportunities to get there in the first place were severely restricted by a typically-compact Swans backline.

In addition to cutting the Canaries' advantage to two points, Swansea boast a game in hand over their promotion rivals, and could move a point ahead should they triumph in that.

Having failed to score in each of their last three outings in all competitions, goals had dried up just at the wrong time for Norwich ahead of one of the most eagerly anticipated clashes of the Championship season so far.

It was Daniel Farke's men who almost created the opener - albeit at the wrong end of the pitch - when Lukas Rupp played a blind pass back to Krul, who managed to keep his composure to shepherd the ball away from the onrushing Jamal Lowe at the far post.

The visitors did manage to carve a high-quality opening for themselves a few moments later when Teemu Pukki flashed a shot across the face of goal after he'd been slipped through by Todd Cantwell, but towards the end of the first half, they fell behind as Swansea made their dominance count.

Krul fumbled a corner from the left-hand side and, after Jake Bidwell moved the ball into the path of Ayew, the Ghana international swivelled and found the back of the net from close range.

A powerful header from Grant Hanley forced Freddie Woodman into a save that denied Norwich an almost instant equaliser but shortly after the break, the visitors were up against it again when Hourihane struck a second after Jay Fulton had collected Kenny McLean's loose pass and squared for the Irishman.

Farke made a triple change before the hour mark, including the introduction of Onel Hernandez, who forced a block from Bidwell after a ferocious shot from the edge of the area, while Swansea were denied a late penalty by referee Simon Hooper when Jordan Morris was caught by Ben Gibson inside the area.

But while Norwich rallied for much of the second half, they were held at arms' length by an extremely compact Swansea side, who kept their 15th clean sheet of the season on the way to an important victory.

Man of the match - Conor Hourihane 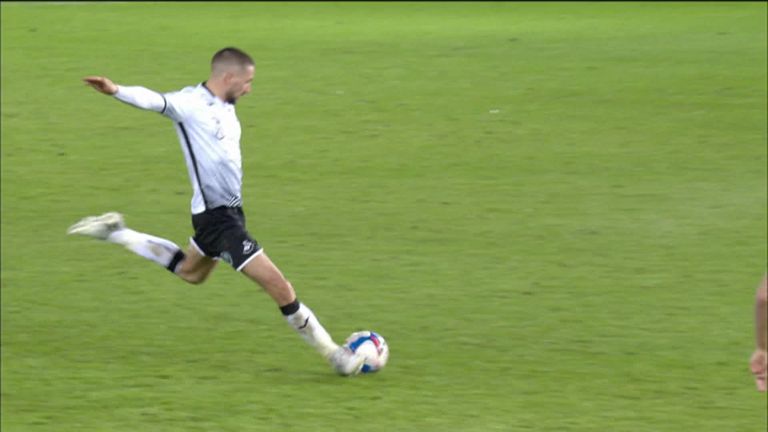 Conor Hourihane gets Swansea's second goal against Norwich with this superb strike.

"What an inspired signing he has been. I knew he had experience to help out this side and every game I've seen him play, he's been outstanding. It was a tough choice because the Swansea players, to a man, were excellent." 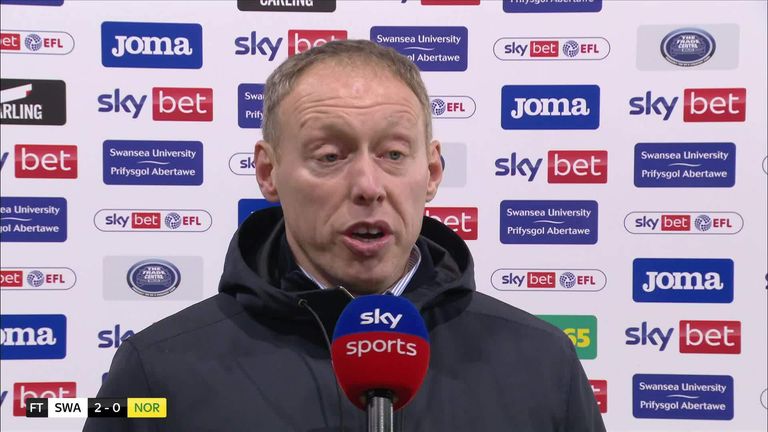 Swansea boss Steve Cooper was full of praise for their defensive performance in their win over league leaders Norwich.

Swansea's Steve Cooper: "We're growing game by game, day by day; it's a work in progress and we are nowhere near the end. It was a good night, though I would've liked a bit more of the ball in the second half, truth be told. But when you are 2-0 up against a good team, you do concede a bit of ground, naturally.

"It was a really good win and a good performance. In the first half I thought we were good, at times, with the ball, looked like we would get into positions to create and score, then we start the second half and go 2-0 up. Norwich are good at playing in between the lines so we worked a lot on that and we got our just rewards." 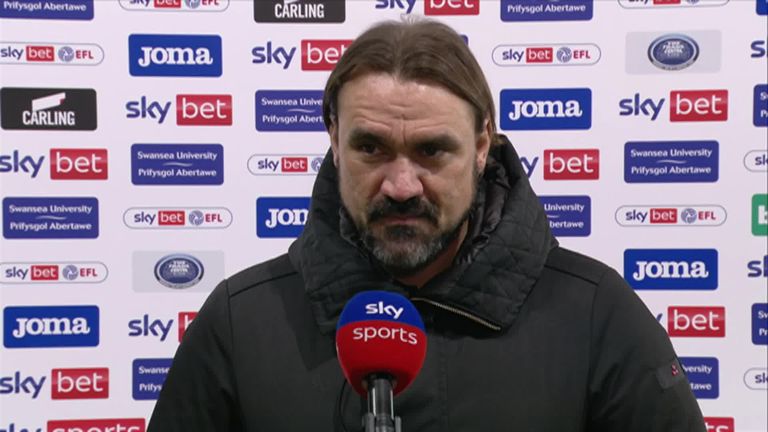 Norwich's Daniel Farke: "It's always the same when you have a game on such a level. Two really good sides against each other and small details are always the key if you win or lose such a game. Football is quite often also a game of who makes fewer mistakes. I think it was a pretty even first half, but Swansea are good at defending and that's the reason they have conceded the fewest number of goals.

"They are always dangerous on the counter-attack. I got the feeling we controlled everything and didn't give any chances away. When you are 2-0 down here, it's difficult. They are the best team in terms of defending and once they have the lead, it's difficult to turn the game and for that we have to say congratulations today to Swansea."

Swansea are next in action at 5.30pm on Wednesday, February 10 when they host Manchester City in the fifth round of the FA Cup at the Liberty Stadium. Meanwhile, Norwich welcome Stoke to Carrow Road at 3pm on Saturday, February 13.