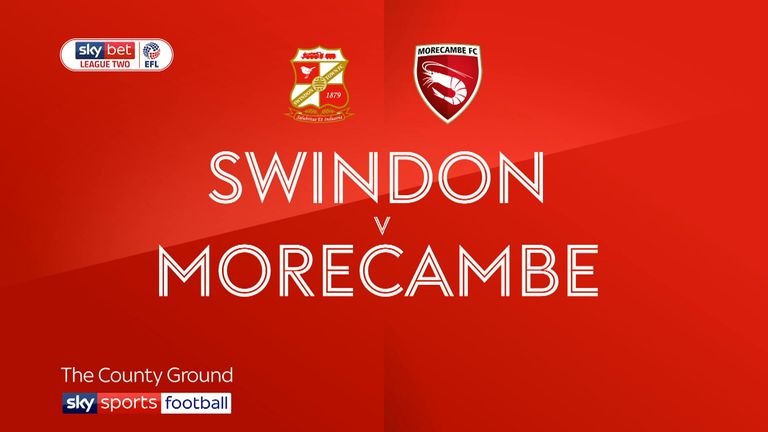 Highlights of the Sky Bet League Two game between Swindon and Morecambe.

Eoin Doyle continued the red-hot start to his Swindon career with a brace in the Robins' 3-1 home victory against Morecambe.

Jerry Yates was also on target as Swindon picked up their first win in four league matches.

Swindon were in front after just five minutes when Bradford loanee Doyle latched onto a Keshi Anderson shot, which was blocked, to prod home through the legs of goalkeeper Barry Roche.

Morecambe did level matters in the 13th minute when Lewis Alessanda rifled into the far corner, but Swindon regained the lead four minutes later as Yates slotted home following a neat Anderson throughball.

Doyle got his second and Swindon's third in the 21st minute when he nodded home after a superb cross by Lloyd Isgrove.

Morecambe should have got back into the contest in the 69th minute after Swindon goalkeeper Luke McCormick misjudged a cross, but Steven Old could only fire wide.

Isgrove shot wide late on as Swindon went looking for a fourth goal but the three points helped the Robins up to fifth in Sky Bet League Two.