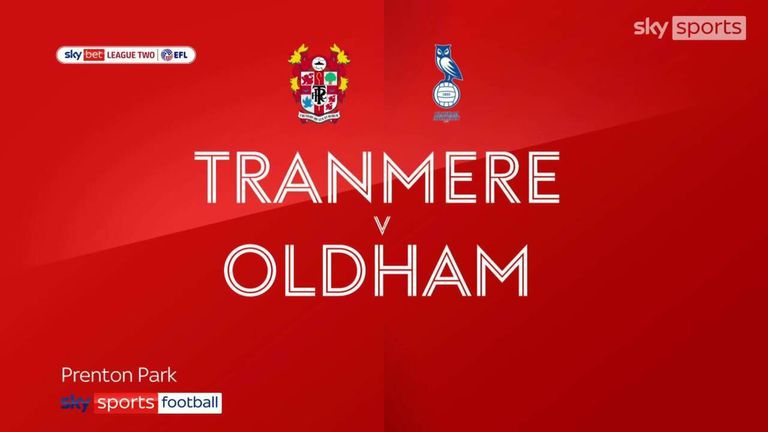 Hawkes struck in the 27th minute and Hemmings sealed victory in the second half as the hosts, who sit two points off a play-off place with one game to go, strolled to victory against a lacklustre Latics side.

Hawkes had skewed horribly wide with an early chance when left unmarked at the back post.

But when a brisk passing move saw Tranmere work the ball to him at the edge of the box, he drilled his finish past Jayson Leutwiler's right hand and inside the foot of the post.

Oldham, already preparing for non-league football next term, offered precious little in the first half, with a set-piece header from Will Sutton that cleared the bar their only contribution of note.

Tranmere's half-time lead should have been more than a single goal but Hemmings was denied by Leutwiler after a neat through ball from Elliott Nevitt.

Hemmings made no mistake when he was given a second chance just after the hour mark, however, deservedly doubling Rovers' lead when Lewis Warrington picked him out in space.

And Oldham were denied a late consolation by Tranmere keeper Joe Murphy, who got down well to turn Jack Stobbs' effort behind.