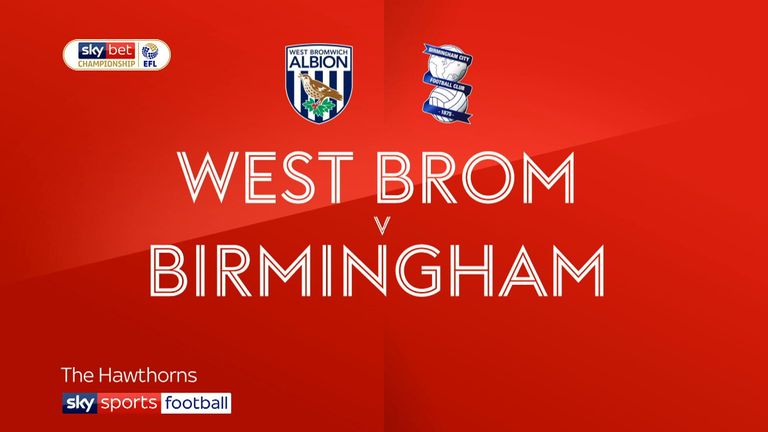 West Brom came from behind twice to record a 3-2 win over Birmingham in the West Midlands derby at The Hawthorns on Friday evening.

Gary Gardner's header (7) was all that separated the two sides at the break, but after a formation change for the hosts, Dwight Gayle glanced a header past Blues goalkeeper Lee Camp early in the second half (47).

Man of the match: Chris Brunt

The three-point haul lifts the Baggies to within four points of the automatic promotion places ahead of the weekend's action, while Birmingham sit five points from safety with seven games remaining, following their nine-point deduction for breaching EFL financial regulations earlier this week.

Though they'd beaten Swansea at The Hawthorns earlier in March, home form had been one of the most significant factors in West Brom's slide from automatic promotion contention since Christmas, and they were dealt another blow after just seven minutes against the Blues.

After a succession of corners from the left-hand side, Gardner broke free of his marker Chris Brunt and headed Connor Mahoney's delivery into the ground and beyond Baggies 'keeper Sam Johnstone.

Evidently out to avenge their aforementioned points deduction, Garry Monk's men controlled proceedings and limited their opponents to half-chances, but when James Shan introduced Hal Robson-Kanu to partner Gayle in attack at the break, the momentum shifted. 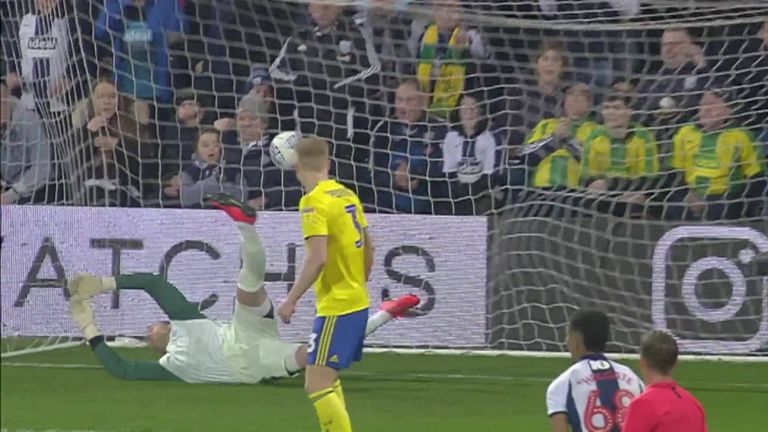 The hosts' desire was evident and the game sparked into life when Gayle cleverly guided home Chris Brunt's free-kick to bring them back on terms with his first goal in seven, but Jutkiewicz ended a goal drought of his own 12 minutes later when he headed Mahoney's corner over the line.

There was just the one change for West Brom boss James Shan as he went in search of a third successive victory as caretaker boss: Stefan Johansen was replaced by Jake Livermore in midfield.

Garry Monk makes two changes to his own side as they began their relegation battle having been deducted nine points for breaching EFL financial regulations: Wes Harding and Maikel Kieftenbeld were replaced by Maxime Colin and David Davis.

Mahoney handed the Baggies an advantage when he brought down Conor Townsend, allowing Rodriguez to coolly convert from 12 yards teeing up both sides for a grandstand finish.

But the clash was decided with 16 minutes to play, when Jake Livermore took advantage of some half-hearted clearances from Harlee Dean and Che Adams to thump a volley into the back of the net.

Man of the match - Chris Brunt

The drained look on the veteran Northern Irish midfielder's face at full-time was evidence enough as to how much effort he'd poured into his performance at The Hawthorns on Friday evening.

The stats above speak for themselves, but on an evening when goals from set-pieces took centre-stage, Brunt's perfectly-weighted free-kick that was guided home by Dwight Gayle was perhaps the pick of the bunch.

James Shan: "We're delighted to respond from going twice behind in the game, probably more so in the second half. We're disappointed with the first goal and probably equally with the second but...it was a fantastic response. 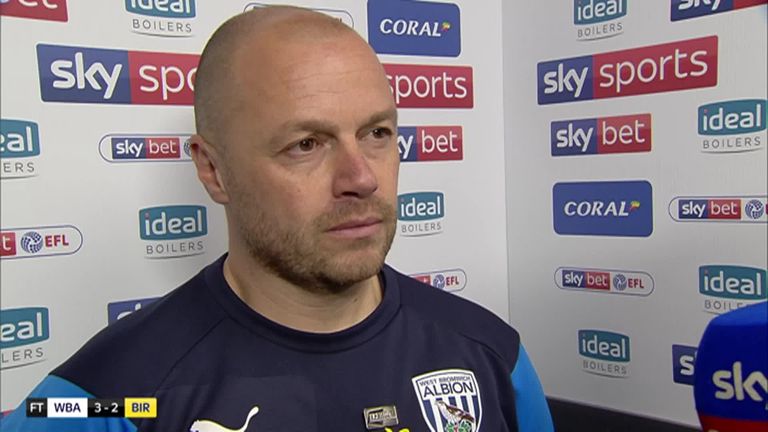 "There wasn't too much said [at half-time] that was different to the game plan. We knew their direct play would cause us problems."

Garry Monk: "It's a tough one, it's tough on the players. We know it's a very difficult place to come and we are playing against one of the best squads in the league, but we feel the performance that we gave warranted. "It's not about dwelling, it's about looking forward and I know what's in that changing room. I've worked with them all season long and we have more than enough; if we keep doing what we have been doing, like we showed tonight, we'll definitely get the results that we need."

West Brom face Millwall at The Den next Saturday afternoon, while Birmingham host Leeds at St Andrew's. Both fixtures get underway at 3pm.