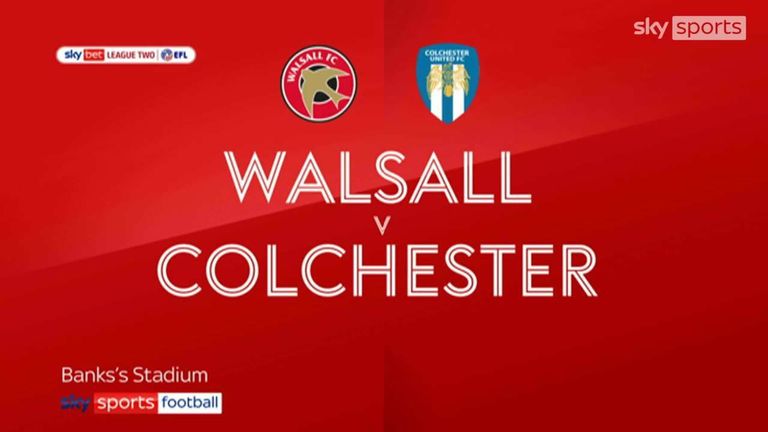 Highlights of the Sky Bet League Two match between Walsall and Colchester United.

Otis Khan scored two and set up another on his first home league start for Walsall as they brushed aside struggling Colchester 3-0.

Khan, signed as a free agent in October, put the hosts ahead in the 22nd minute, arriving in the six-yard box to tap home Brendan Kiernan's teasing low cross.

Walsall almost handed Colchester an equaliser on the half-hour but goalkeeper Carl Rushworth's instinctive save stopped George Miller heading a free-kick into his own net.

Walsall enjoyed a let-off after the break, with Rushworth spilling Junior Tchamadeu's drive onto a post before the ball trickled along the line and back into his grasp.

Rushworth stayed big to smother from Freddie Sears and Walsall settled matters in the 66th minute, Khan cushioning Miller's diagonal ball for Jack Earing to squeeze a header under Turner.

Walsall could have added a fourth but Turner tipped over a Miller header as they moved 12th while Colchester dropped to 20th.