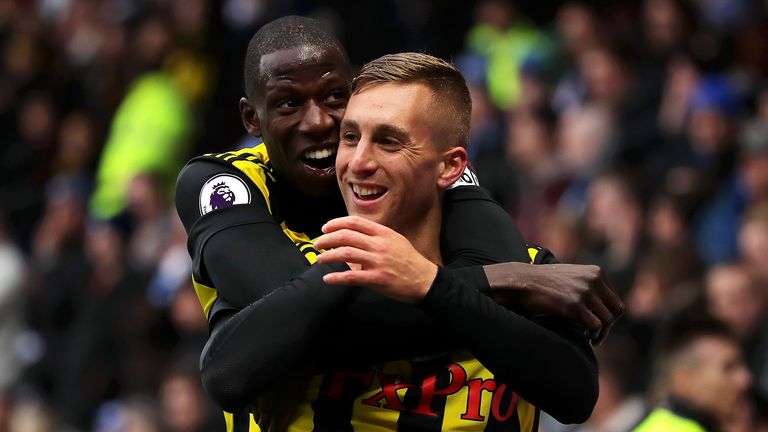 Huddersfield's wait for their first Premier League win of the season continues after a 3-0 defeat to Watford at Vicarage Road.

Roberto Pereyra gave Watford the lead with a superb solo goal in the 10th minute and Gerard Deulofeu made it 2-0 with a fine individual effort of his own nine minutes later.

Huddersfield had a few good opportunities to respond in the first half, with Philip Billing hitting the woodwork from distance.

But Isaac Success sealed Watford's victory when he tapped in with 10 minutes left to register the Hornets' sixth Premier League win of the campaign as Huddersfield's second-season struggles go on.

Man of the match: Roberto Pereyra

The result means Watford stay in seventh on 19 points. Huddersfield, meanwhile, drop down to 20th and bottom.

Watford got off to a flying start when Pereyra delivered a fine goal to hand the hosts the initiative. The Argentina international drifted in from the left flank and nonchalantly weaved his way around four Huddersfield players before slotting the ball past Jonas Lossl.

The hosts' attack proved too much for the Huddersfield back three once again nine minutes later. Deulofeu beat Chris Lowe and Jonathan Hogg in one-against-one situations and then smashed his shot into the net from a tight angle to open his account for the season.

For Huddersfield, Florent Hadergjonaj dropped to the bench and Isaac Mbenza came into the starting XI.

Huddersfield responded positively through long-range strikes from Lowe, and Billing eight minutes before half-time, but both spectacular efforts were met with fine fingertip stops from Ben Foster in the home goal.

Watford could have wrapped the game up five minutes into the second half when Deulofeu broke into a one-on-one situation, but the former Barcelona forward was unable to direct his shot on goal after jinking past the onrushing Lossl.

Javi Gracia's men continued to apply the pressure on Huddersfield as Pereyra back-heeled the ball into the path of Will Hughes, but he was unable to dig his shot out which allowed Lossl to make the stop.

Watford now boast 19 points from 10 games - bettering their 17 at the same stage of the 1982-83 campaign, where they finished second.

With Huddersfield tiring, Watford did eventually finish off their impressive display with a third goal 10 minutes from time when Success tapped home after he latched onto a fine Kiko Femenia pass, a strike which condemned Huddersfield to their eighth loss this season.

Man of the Match - Roberto Pereyra

The former Juventus midfielder was Watford's star man once again and he showed off all his best attributes with a stunning opener.

Aside from his goal, he spearheaded plenty of Watford attacks and caused Huddersfield's backline serious problems every time he drifted off the left flank. 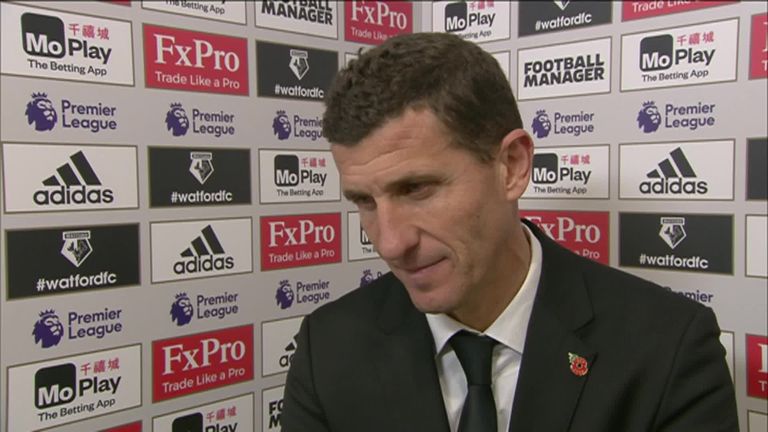 Javi Gracia was pleased with Watford's win over Huddersfield but insists his side can still get better.

Javi Gracia: "I don't think today has been the best game. I think today we have many things to improve but I'm very pleased for my players and for the supporters. We have created many chances but maybe today we created more chances on the counter-attack.

"If we had finished better we could have score more goals but we are happy with the result knowing Huddersfield are a difficult and tough team." 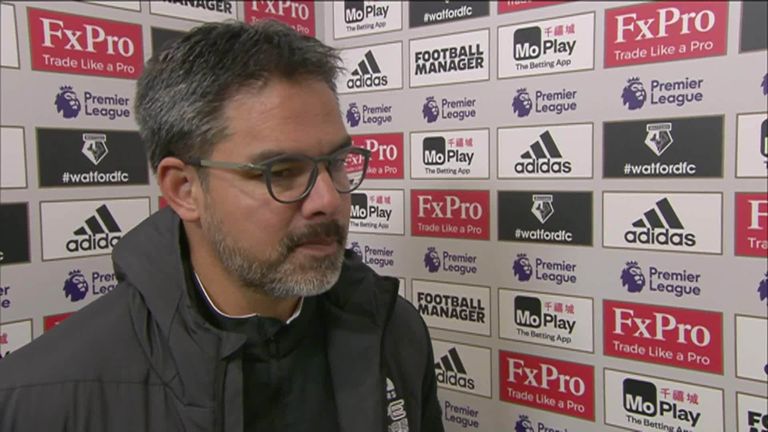 Huddersfield head coach David Wagner felt his side were not good enough defensively in their Premier League defeat to Watford.

"In our offensive game we had some good situations, but we lost the ball more often and too easily and Watford are a threat on transition. If you don't bring them under pressure then it's difficult and this is what happened today.

"I've said this whole time that we've improved consistently. We had some unlucky moments as well, but I'm able to say we were not good enough performance-wise and this was the case today. We have to be focused in the performances."