Manuel Pellegrini is adamant West Ham can beat Premier League leaders Liverpool when the two sides play each other at the London Stadium on Monday Night Football.

West Ham head into the fixture on the back of recent defeats at Bournemouth and Wolves in the Premier League, and an FA Cup humiliation at AFC Wimbledon.

Pellegrini, however, is backing his players to turn in an improved display on Monday. 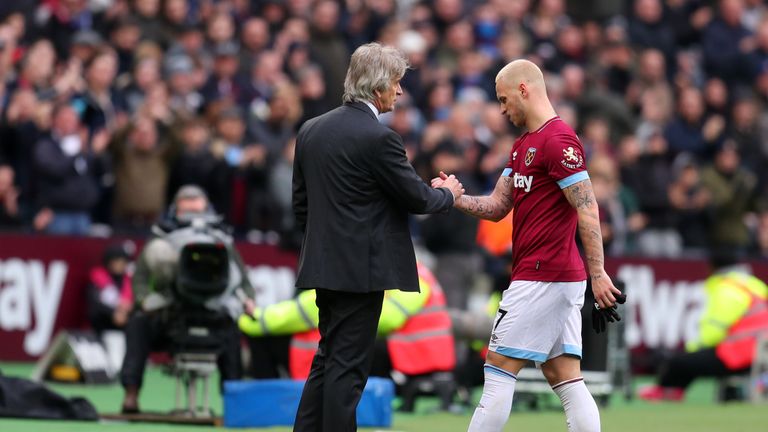 West Ham boss Manuel Pellegrini says the uncertainty over the future of players, including Marko Arnautovic, leads them to have 'birds in their mind'

"Of course we can beat Liverpool on Monday because every team can win every match in the Premier League," Pellegrini said. "I don't know if they are nervous because I was not there in midweek. It will depend on their performance rather than the nerves.

"We want to beat Liverpool. We cannot play on nerves because they have top players who can change the game at any time.

"We need to play at a high pace like we did at home to Arsenal and Manchester United and other clubs."

Liverpool will be looking to reestablish their five-point lead at the top of the table after Manchester City cut the gap to two points with victory over Arsenal on Sunday.

Full-back Trent Alexander-Arnold is not fully recovered from a knee injury and will not travel to London and fellow defender Joe Gomez is further behind in his rehabilitation from a fractured leg than first expected.

Asked whether Gomez would be fit for the Champions League last-16 tie at home to Bayern Munich on February 19, Liverpool manager Jurgen Klopp said: "No, I don't think it would be a realistic target for Bayern. After that, any time, you will see." 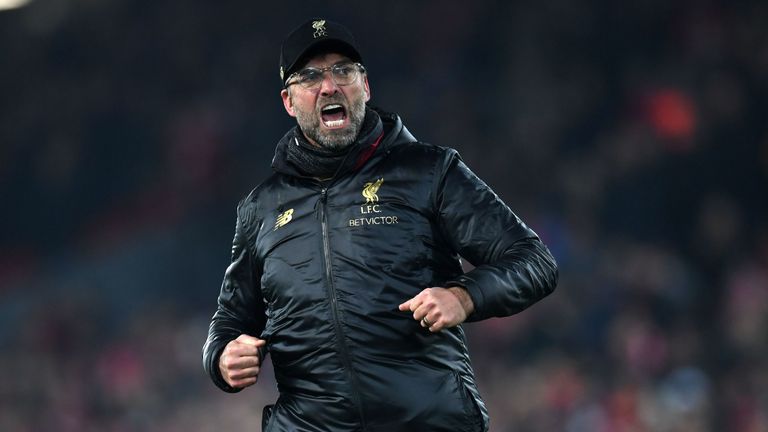 Marko Arnautovic could be fit to face Liverpool despite fears he had suffered a broken foot in midweek. Lukasz Fabianski (arm) and Aaron Cresswell (hamstring) also hope to be available, but Samir Nasri is still missing with a minor calf problem.

As for the visitors, Liverpool midfielder James Milner returns from suspension and is likely to be asked to fill in at right-back as Alexander-Arnold continues his recovery from a knee problem. 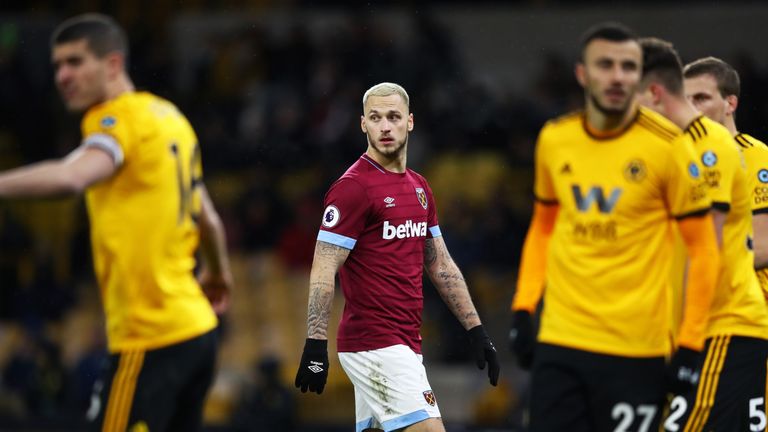 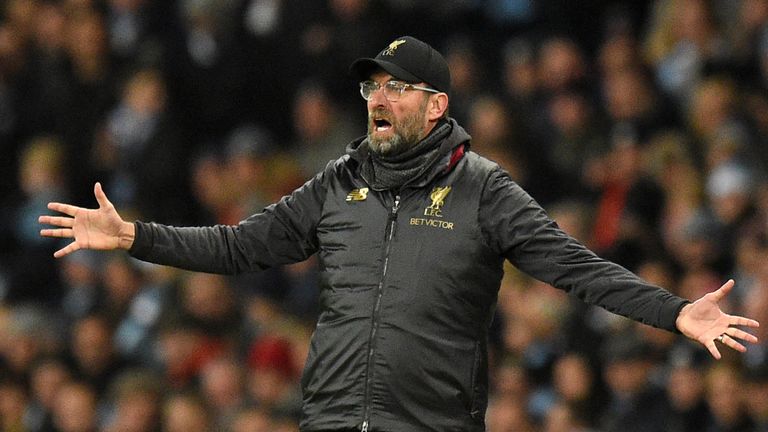 Liverpool did not handle the pressure well (at home to Leicester on Wednesday). They started with a goal in three minutes, but after that they were lethargic with the pass, Salah was denied a lot of space and I think West Ham will look at it and say, 'we will get in your face and get about you'.

It also looks like Arnautovic may be struggling to be fit, despite what West Ham say, but they have Hernandez - if they keep him - and Anderson, who can be a real handle and when he does it well, he does it really, really well. So, they will be dangerous and a real test for them and if they play it more like a counterattacking game, it will suit them and Liverpool will be a bit agitated.

If I am Pellegrini, then I'm playing this as an away match and let Liverpool have possession. But I just feel this game will suit Liverpool going to the London Stadium and they will nick it, but there could be late drama with Origi coming off the bench to win it.