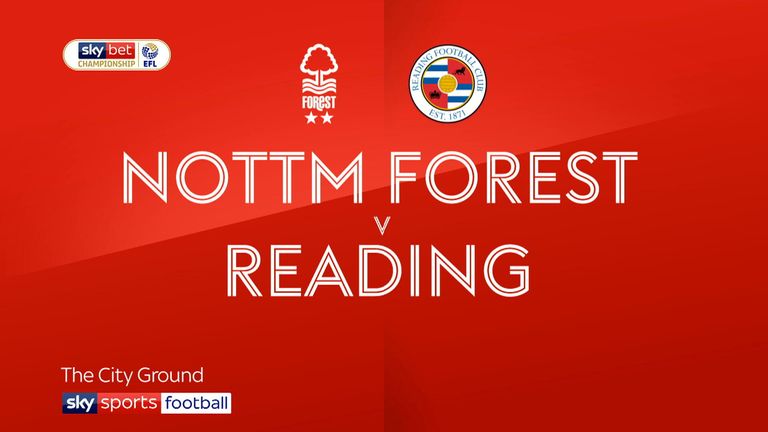 An injury-time equaliser from substitute Hillal Soudani rescued a point for Nottingham Forest in a four-goal Sky Bet Championship thriller at Wigan.

Wigan were in front with barely a minute gone, and it was all down to star man Nick Powell.

The former Manchester United man's pressing helped to force Forest into conceding a corner inside 30 seconds. From the resulting set-piece, Powell rose highest to get his head to Michael Jacobs' corner, and the home side were off to a flyer.

Wigan were almost in again moments later when only a good save from Costel Pantilimon denied Will Grigg his first goal of the season.

And the visitors took full advantage of the let-off with an equaliser after 10 minutes, when Matty Cash took advantage of a mistake by Sam Morsy to slide the ball into the far corner.

Powell was soon up to his usual tricks at the other end, heading just over and then just wide from two inviting corners from Jacobs, whose delivery was pinpoint.

Jacobs himself saw a 25-yard effort deflect off a defender into the side-netting, before Grigg got his toe to a Reece James cross, only to watch the ball roll agonisingly wide of the near post.

It was all Wigan at this point, and they eventually got the second goal their dominance warranted on the half-hour mark. Grigg was wrestled to the ground in the box by Ben Osborn, with referee Geoff Eltringham pointing straight to the spot.

After Osborn received a yellow card for his troubles, Grigg placed the ball on the spot before smashing it down the middle, past the diving goalkeeper.

It was almost 3-1 seven minutes before the break, with Morsy unlucky to see a speculative strike from distance beat Pantilimon come back off the post. Powell was the first to react to the rebound, but he could only steer his shot wide of the other post from a tight angle.

The home crowd were on their feet again in first-half injury-time when Ben Watson, whose goal won the 2013 FA Cup for Wigan, came on for Forest, in place of the injured Adlene Guedioura.

Forest offered more after the break, with Cash being denied only by an incredible block by Wigan midfielder Lee Evans.

But Wigan were also still dangerous, with a lovely move involving Morsy and Grigg seeing Antonee Robinson racing into the area, only to see his shot deflected wide.

Wigan attempted to bring on fresh legs by replacing both goalscorers with Callum Connolly and James Vaughan.

But Forest remained a threat on the counter, and they levelled in the dying seconds. Cash was fouled in the box for what looked to be a pretty stonewall penalty, which the official bizarrely appeared not to give at first.

However, after lengthy deliberation, he did point to the spot, only for Lewis Grabban's kick to be saved by Walton. Soudani was the first to react to the rebound, and stabbed home from close range to ensure a share of the spoils.

Paul Cook: "No, I don't feel hard done by. When you're talking about a team like Forest, with calibre like that, they're always capable of hurting you no matter what stage of the game it is.

"If I'm being truthful, I felt we did do enough to win the game, but football doesn't work like that. But while we're disappointed with the result, I don't think anyone inside the stadium would be disappointed with how we performed."

Aitor Karanka: "I think we deserved our point at the end. We created quite a few chances, although you are always a little fortunate when you equalise in added-time. Of course we had to hang in there when we were losing 2-1, but I told my players we had time to get back into it.

"We could easily have gone into the break 3-1 or 4-1 down, because we didn't play very well in the first half. But I prefer to take the positives, and I thought we came up against a very good Wigan team, playing with a lot of momentum, their manager is really good."