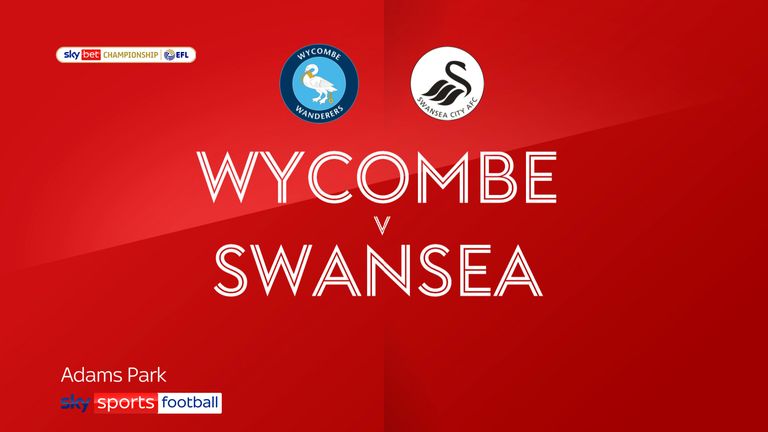 Highlights of the Sky Bet Championship match between Wycombe and Swansea.

Jamal Lowe scored his first goal since a summer move from Wigan as Swansea beat Wycombe 2-0 at Adams Park.

Having asserted their dominance early on, Steve Cooper's men took the lead when Andre Ayew prodded Jake Bidwell's cross past Wycombe goalkeeper Ryan Allsop (13), then doubled it when Ayew turned provider for Lowe (23).

The visitors had looked impressively slick in the first half, but though they dropped off the pace after the break, the first half goals were enough to send them to the top of the Sky Bet Championship table, with winless Wycombe only kept off the bottom of the table by Sheffield Wednesday.

Wycombe's first second tier season in their entire 133-year history had started in the difficult fashion they were no doubt prepared for and, after conceding six goals in their first two games, it soon became clear that Cooper's men would pose another tricky challenge to navigate.

An early foray into the box from Fred Onyedinma was well dealt with by Joe Rodon, but the visitors sooned warmed and impressively moved through the gears, with Morgan Gibbs-White and Ayew causing havoc inside the area.

Then came the opener. Referee Geoff Eltringham waved for play to continue after a challenge from Marc Guehi on David Wheeler, allowing the Swans to break forward at pace and spread the ball to Bidwell on the left, whose brilliant delivery was tucked home by Ayew's outstretched leg.

Gibbs-White and Ayew failed to communicate as another Bidwell cross ended up in the arms of Ryan Allsop within minutes, but crisp interplay around the penalty area brought a second 10 minutes after the first when Lowe beat the offside trap to slide over the line.

With Swansea unable to kill the game off, Wycombe grew in confidence and Darryl Horgan - the scorer of their only goal in all competitions this season - tried a spectacular overhead kick that was comfortably dealt with by Freddie Woodman.

It was his opposite number Allsop who kept the scoreline down late on, making smart stops from Gibbs-White and Connor Roberts as the Swans held on for their second league victory of the campaign. 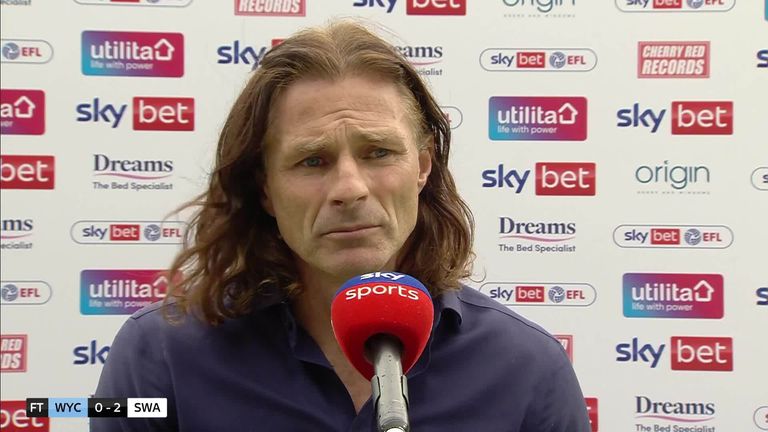 Wycombe's Gareth Ainsworth: "We let them play too much of their own game in the first half and that killed us. We've got to eradicate the mistakes because they're going to get punished at this level. But we improved no end in the second half - I hope people will see that and think maybe we'll upset a few teams this year. It was much better, we had plenty of chances.

"Maybe we gave them too much respect in the first half; they'll be top six, no doubt. But when we got amongst them we did much better. The goal is going to come soon and it's a big improvement on last week [a 5-0 defeat to Blackburn]. I just said to the boys keep going, keep working. I'm sure we're not far away from our first win." 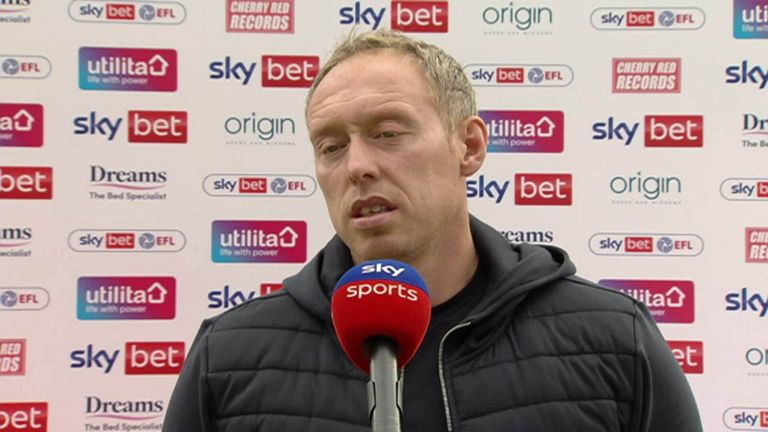 Swansea's Steve Cooper: "It's always a good scoreline away from home. I thought we played some excellent football in the first half The only challenge is that we should have scored a few more for all the good play that we did.

"Second half we really wanted to go out and kill the game, because we felt there were more goals out there. I felt this result was coming. There was a real hunger to create and score because we fell a bit short last week. Fortunately, that ended up being the case."

Man of the match - Morgan Gibbs-White

"This boy is a real good acquisition for Steve Cooper. That first half performance from him was outstanding in every single way and the best thing is that he's not even at full fitness yet."

Both sides are next in action at 3pm on Saturday October 3. Wycombe travel to Kenilworth Road to face Luton, while Swansea host Millwall at the Liberty Stadium.