Trent Alexander-Arnold showcased his FIFA20 talents in the ePL Invitational by beating Manchester United 5-1 while unknown quantity Andre Gomes burst onto the scene with a 8-0 win over Reece James.

On the second day of the tournament, which provides the unique opportunity to see Premier League players put their FIFA 20 skills to the test against one another on the big stage, the first four players booked their spots in the quarter-finals. 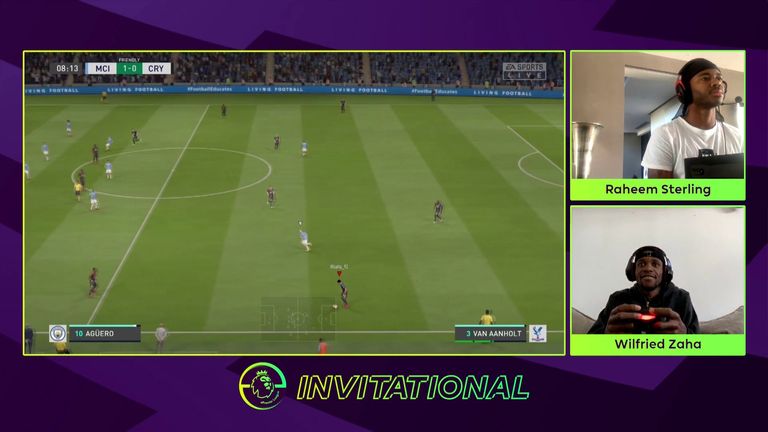 This was billed as the 'game of the day' and it didn't disappoint. It was a case of 'you have a shot, I'll have a shot' as both players showcased great skills going forward but not much appetite for defending. The action continued after the full-time whistle too as Zaha and Sterling engaged in some trash-talking - all in good nature of course - with the Palace man upset at one of Sterling's goals which he called "sweaty and disgusting" before labelling his opponent "a joke". Watch below. 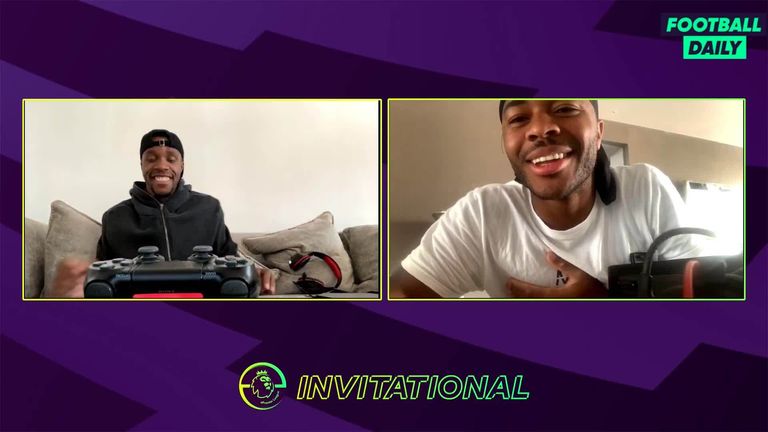 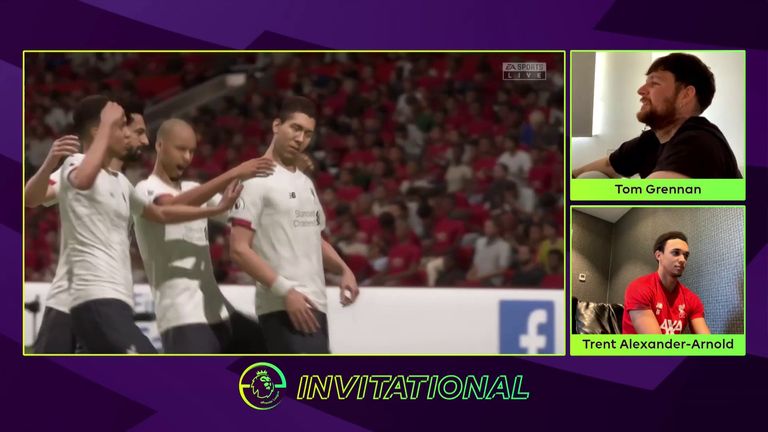 Lots of the pre-match talk was surrounding Alexander-Arnold's ability with the console in hand and he delivered, having too much ruthlessness in the final third when defeating the celebrity player. The game was tight at 1-0 but the Liverpool full-back scored three quickfire goals after the break to earn the bragging rights in this derby affair. 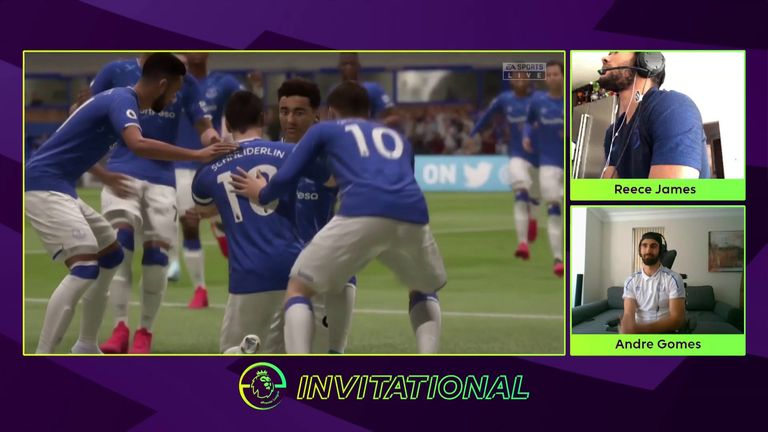 "I expect to win," said Gomes before the match. He was proven right - in a big way.

His performance was the most impressive we've seen from a player this week, dispatching the Chelsea youngster with ease without even conceding a shot on his goal.

After his thumping victory he said: "I've only been playing PlayStation for a week." If you believe that, you'll believe anything. He plays Sterling next in the last eight on Friday. 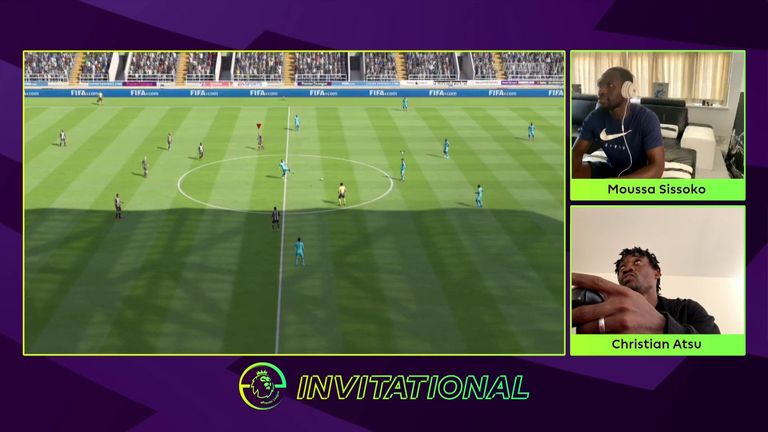 This was the cagiest match of the tournament so far, involving two players of similar styles and ability. Atsu took an early lead but Sissoko grew in confidence to reply just before the break. The tournament's first draw and 'Golden Goal' looked on the cards but Atsu scrambled home a late winner to keep the Geordie dream alive.

How does the draw look?

What did we learn?

Without question the standout player on day two of the ePremier League Invitational was Gomes as he blitzed Chelsea's James scoring eight goals without reply. The Portuguese is into 9/2 from 33/1 to win the tournament as he became only the second player after Philip Billing to keep a clean sheet so far.

After suffering that horrific injury in November, a lengthy spell on the sidelines may have coincided with Gomes playing more FIFA than is usually the case and he is considerable odds on to defeat Sterling in the quarter-final.

The Manchester City and England star did ship four goals in the opener against Zaha but was ruthless in attack scoring five, one of which was a 'sweaty' goal as he passed the ball around the onrushing keeper before passing the ball into an empty net. Sterling (20/1 in the outright) will need to address his defensive problems against Gomes' attack but should the Everton playmaker progress, it could set up a potential Merseyside Derby in the semis.

That came after Alexander-Arnold (11/2) comfortably saw off Manchester United fan Grennan in today's second game with a routine 5-1 victory. He looked very assured in defence and clinical going forward and many are predicting the finalist in this half of the draw to come from the Liverpool youngster or his club's bitter rival Gomes.

Sky's coverage will be hosted by Saturday Social's Adam Smith and Joe Thomlinson who will be joined by influencer Harry Pinero.