Gareth Bale has stayed with the Wales squad for their long trip to Albania, causing surprise in some sections of Spanish media.

Bale was expected by some newspapers in Spain to be heading back to Real Madrid instead of taking the 3,000-mile round trip to Eastern Europe - but he has been kept with Ryan Giggs' side ahead of Tuesday's friendly, live on Sky Sports Football from 5.55pm.

Giggs said he had no concerns about affecting relations with the Spanish side after Bale also linked up with the squad when injured last month - and added he wanted the Wales talisman to be present when Chris Gunter becomes their record-appearance maker, as he is expected to do on Tuesday.

He said: "There's no concern over (upsetting) Madrid. Gareth is in good hands.

"He always wants to play for his country and he wants to be here for Chris (Gunter) on what will be a special night. 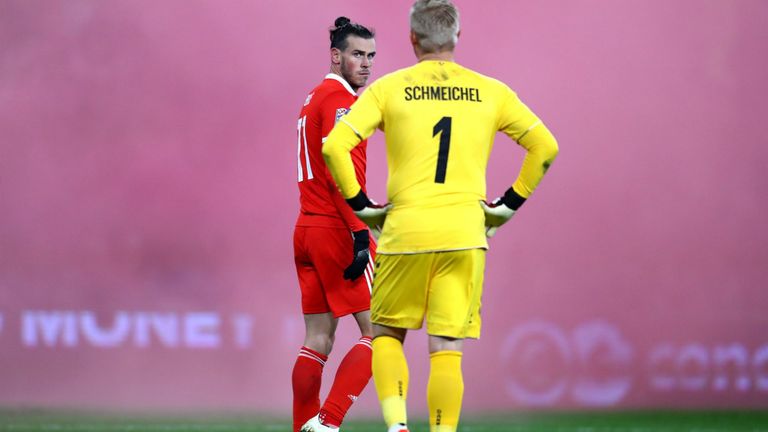 "All those things mean it's great he's here and it gives everyone a lift when he's in the squad. No one has ever doubted his commitment to Wales."

Gunter will win his 93rd cap, eclipsing Neville Southall's record, in Albania, 11-and-a-half years since he made his international debut in May 2007.

"I never thought I'd get here. It means an awful lot," Gunter said.

"It's fantastic when you achieve something as an individual, but when you do it with team-mates it's an honour to do it with them.

"They've been there in difficult moments and I feel very honoured to be here."