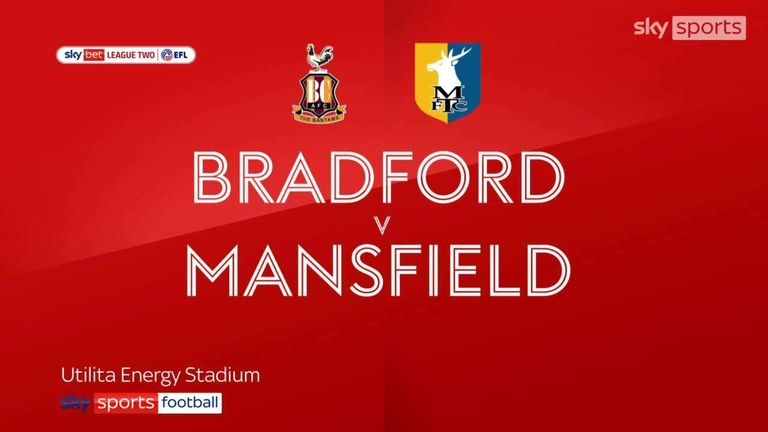 Mark Hughes' first game as Bradford manager ended in defeat as Mansfield extended their unbeaten run to 13 matches with a 2-0 win in front of a bumper 16,797 crowd at Valley Parade.

The former Wales and Manchester City boss was a surprise choice to succeeded Derek Adams who was sacked last week and has returned to his old club Morecambe.

Hughes, who had been out of management since leaving Southampton three years ago, received a standing ovation as he took his seat in the dugout, but Mansfield spoiled the party mood as Bradford slipped to their fourth defeat in a row.

Both sides had shots blocked in their opponents' boxes before Mansfield took the lead a minute before half-time. A long clearance was headed into the path of Rhys Oates, who broke clear before firing into the far corner of the net.

The visitors went further in front two minutes after the interval when the Bradford defence failed to clear Stephen Quinn's low cross.

The ball fell to Matt Longstaff, on loan from Newcastle, and his close-range shot was deflected past Alex Bass, leaving the Bantams keeper wrong-footed.

Bradford enjoyed plenty of possession as they tried to salvage something from the game, their best effort coming in the 88th minute when leading scorer and former Mansfield striker Andy Cook's close-range header was brilliantly turned over the bar by keeper Nathan Bishop.

Mansfield always carried a threat in attack and Bass did well to turn Jamie Murphy's shot behind for a corner.