Report and highlights as Gunners are held at Amex Stadium 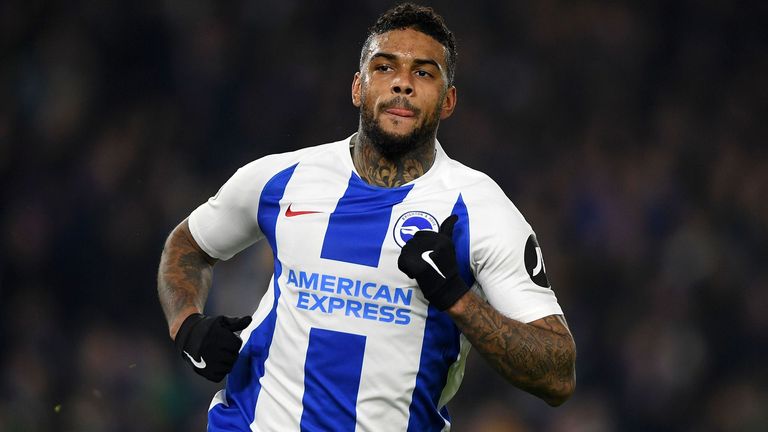 Brighton ended a three-game losing run as they fought back to claim a 1-1 draw with Arsenal at the Amex Stadium.

Pierre-Emerick Aubameyang put the Gunners ahead in the seventh minute with his 13th Premier League goal of the season.

But, after Mat Ryan made a sharp save to prevent Aubameyang from making it 2-0, Brighton levelled in the 35th minute when Arsenal failed to deal with a long pass over the top and Jurgen Locadia scored.

Man of the match: Davy Propper

Arsenal's level dropped in the second half but Brighton were unable to take advantage, with Solly March and Locadia spurning their best chances.

Brighton beat Arsenal 2-1 at the Amex last season but a repeat looked unlikely in the opening 30 minutes as the Gunners made a fast start.

Ryan tipped over a lob from Aubameyang in the fourth minute before Brighton failed to clear their lines and Aubameyang finished with a curling first-time shot from inside the box.

Brighton struggled to settle into the game and when they did get the ball in the net it was ruled out as Glenn Murray had kicked the ball out of Bernd Leno's hands.

Ryan then made a fantastic save to deny Aubameyang before Brighton levelled after an Arsenal corner.

Propper's long pass was flicked backwards by Stephan Lichtsteiner and Locadia nipped ahead of Leno and then finished into the empty net.

Mesut Ozil was taken off at half-time but that did not appear to benefit Arsenal as they were unable to regain their early control of the game.

Brighton had the better chances as Propper twice went close before March lobbed an effort over the bar from the edge of the box and then Locadia dragged a shot wide.

Duffy returned from suspension for Brighton and started along with Murray and Stephens.

Arsenal applied pressure late in the game but the closest they came was when a clearance deflected off Alex Iwobi and spun past the post.

Chris Hughton: "We showed great character to get back into the game. If there was a team that was going to score in the second half, I felt it was going to be us." 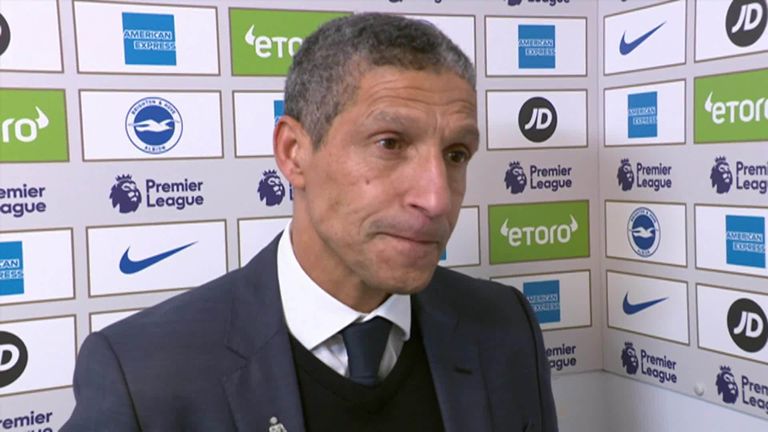 Unai Emery: "I think the key today was the first 45 minutes. We controlled the match like we wanted, we scored and had two good chances from Aubameyang to get the second - but their keeper saved. Then they equalised. From then, it gave us the second half to try again to control the match, create chances and be able to win - but we didn't do that." 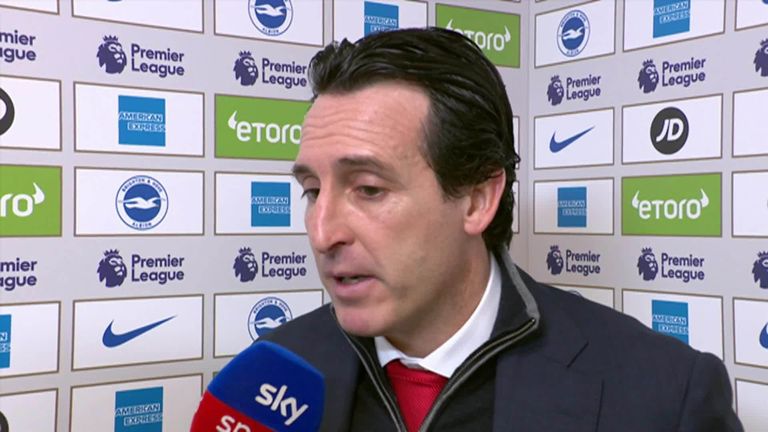 Man of the match - Davy Propper

Propper played a key role in helping Brighton get a point from the game. He was busy in shielding the back four and played several intelligent passes to help Brighton break. He looked like he had a good connection with former PSV team-mate Locadia, who also had a good game.