Report and highlights from the Sky Bet Championship clash between Bristol City and Swansea at Ashton Gate as Joel Piroe's first-half strike is enough to secure all three points; Swansea claim their first victory at Ashton Gate since 2011 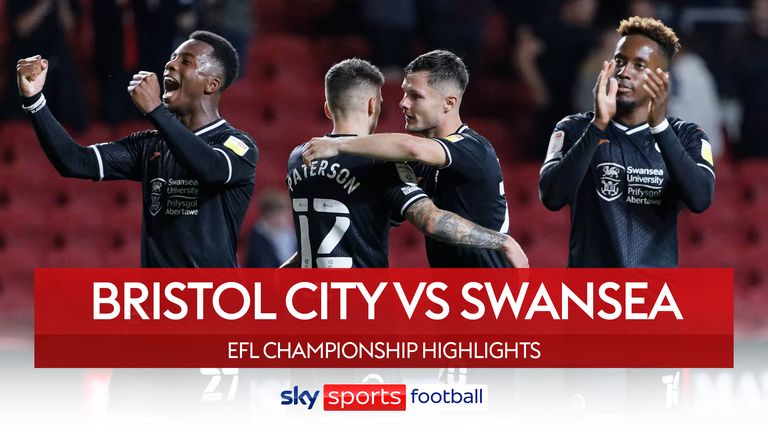 Nigel Pearson had spoken of his fears that the Robins would have been relegated had the 2020/21 season gone on for much longer, but the Bristol City manager hoped Tuesday's victory at Reading had broken their fall.

Piroe's composed finish would ensure those fears for Pearson remain, with City dropping to 13th and Swansea moving up to 16th ahead of the weekend's remaining games.

Busy referee Geoff Eltringham booked 10 players - six from Swansea - in what was a heated contest at times.

A draw might have been a fairer result on the balance of play, but that did not worry a large contingent of Swans fans who celebrated wildly at the final whistle.

Pearson made one change from the team who won 3-2 at Reading in midweek, Han-Noah Massengo replacing King in midfield.

A fast Bristol City start saw them create three chances in the opening four minutes, starting with Cameron Pring's header across goal which found no takers.

Seconds later Swansea failed to deal with City's press and James had a low shot saved before Martin somehow shot wide from inside the six-yard box.

James had an 18th-minute shot saved and moments later a better one from distance, also dealt with by Benda.

Piroe's goal came from Swansea's first penetrating attack and sent their travelling fans behind the other goal into raptures.

Jobi McAnuff told Sky Sports: "I think Nigel will be bitterly disappointed with the goal. His side had possession of the ball but lost a couple of key battles. (Rob) Atkinson and (Tomas) Kalas' positions were fine but Piroe put Atkinson on the floor before Kalas doesn't force him onto his right foot.

"The response showed the key difference between a striker and a centre-half. Kalas didn't react and it's a decent finish from Piroe."

Piroe might have had two more goals before the break. First he shot wide, having got behind the home defence, and then had a close-range shot brilliantly saved by Dan Bentley.

An even first half ended with another spell of home pressure. The hosts also began the second period on the front foot, Andreas Weimann firing over.

Weimann looked fortunate to escape with a yellow card on 58 minutes for kicking Brandon Cooper, who he claimed was holding him.

As Bristol City stepped up the pressure, the influential James had another shot deflected into the arms of Benda. Weimann found the net on 75 minutes but was clearly offside.

Both sides could have scored in an exciting finale, former City player Jamie Paterson shooting wide for Swansea and Weimann off target with a header.

Bristol City gave everything to break their home jinx but have not won at Ashton Gate since January. Martin's men had to defend for their lives at the end and did just that to kickstart their season. 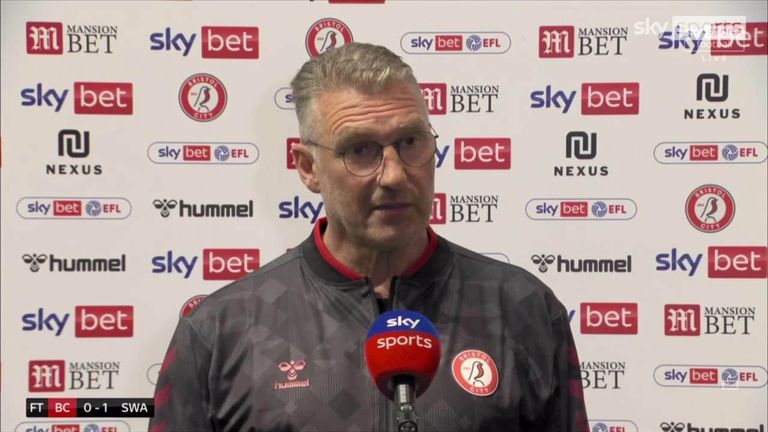 Nigel Pearson says that it's disappointing not to get anything out of their game against Swansea this evening, despite creating a number of opportunities.

Bristol City boss Nigel Pearson: "It's disappointing not to get something out of the game just because of how we approached it.

"We've had a really bad run of results at home which I think people read a lot into, but I have to say the two games we've played here this season, we've played with a real intensity.

"I don't worry too much about that. I'd worry if we looked nervy but that wasn't the case. We just didn't take our chances. You can scratch your head and look for things that aren't there but I know my players applied themselves very well." 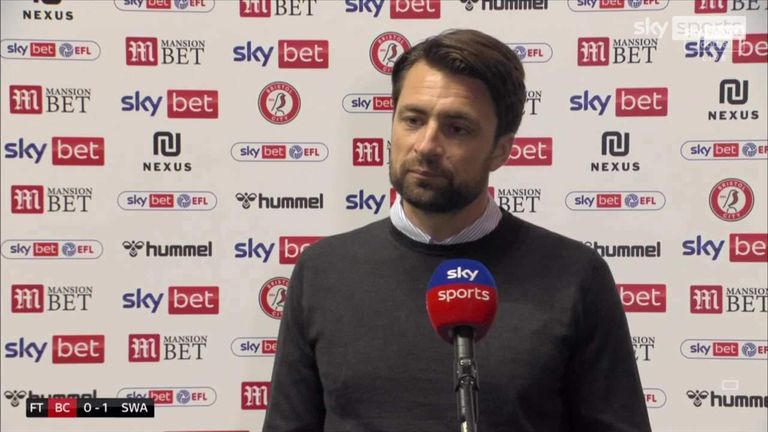 Russell Martin says that his side 'dug in' to take the three points against Bristol City.

Swansea boss Russell Martin: "It's a big relief for the players and for the fans to go out and get our first win. I know it's going to sound crazy but it's probably the worst we've played.

"We didn't dominate the ball anywhere near as much as we'd have liked but I understand there's a lot of anxiety and a lot of tension.

"A lot of decisions were made which probably wouldn't have been but I love the fact the guys dug in and showed a different side. We didn't have too many scary moments in the second half. I'm really proud of them."

Man of the match - Matt Grimes

"He's underlined why Swansea are desperate to keep him. He's given the complete midfield performance. He's got on the ball, kept it well when his team have had it and he's worked really hard to win it back as well.

"He's outstanding individually and the influence he has on the younger players around him is just as important. He's a huge part of the Russell Martin game plan moving forward, if they can keep him at Swansea." 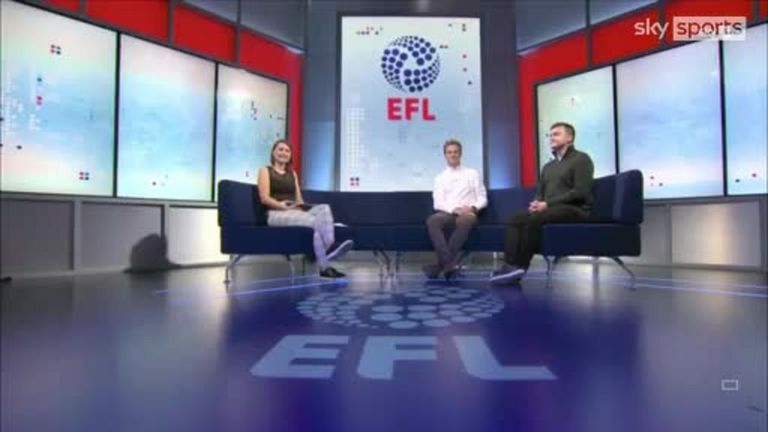 George and Ali from the NTT20 podcast take a look at five players who have made a big impression in the Championship so far this season.

Bristol City have a week off before they head to Cardiff for the Severnside derby in a 12.30pm kick-off next Saturday.

Swansea host League One side Plymouth Argyle in the second round of the Carabao Cup on Tuesday, before heading to Preston in the Championship next Saturday.