Forest Green move up to the third tier of English football just five years after entering the EFL after stalemate against Bristol Rovers; There were scenes of jubilation at Memorial Stadium at the final whistle as Forest Green fans flooded onto the pitch to celebrate with the players 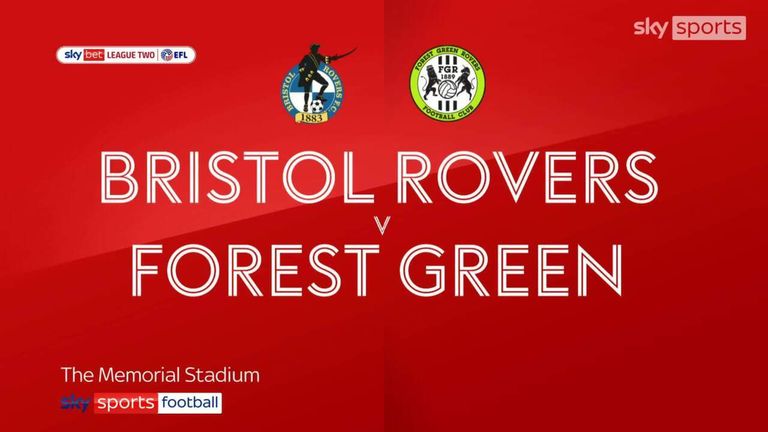 Forest Green secured promotion to League One for the first time in the club's history with a 0-0 draw at Bristol Rovers.

Needing a point to guarantee a top-three finish, the visitors turned in a committed display and just about edged a thrilling encounter.

For Bristol, the point strengthened their play-off hopes and maintained hopes of grabbing third place. They sit two points off third-placed Northampton with two games left to play.

Forest Green had the better of a high-tempo first half, creating two great chances.

Regan Hendry saw his 10th minute shot blocked on the line, while Ebrina Adams was denied by a fine James Belshaw save on the half hour.

Bristol's best first-half effort was an early run and shot from Antony Evans, which was comfortably saved by Luke McGee.

Belshaw distinguished himself again in the second half, saving from Jamille Matt, Jack Aitchison and Nick Cadden.

McGee was also busier, keeping out efforts from Elliot Anderson and substitute Luke Thomas twice, including once in stoppage time.

The Forest Green staff and players celebrated on the pitch at full-time and had to be protected by stewards as home fans also got onto the playing surface.

The promotion to League One comes just five years after the Cotswolds club entered the Football League.