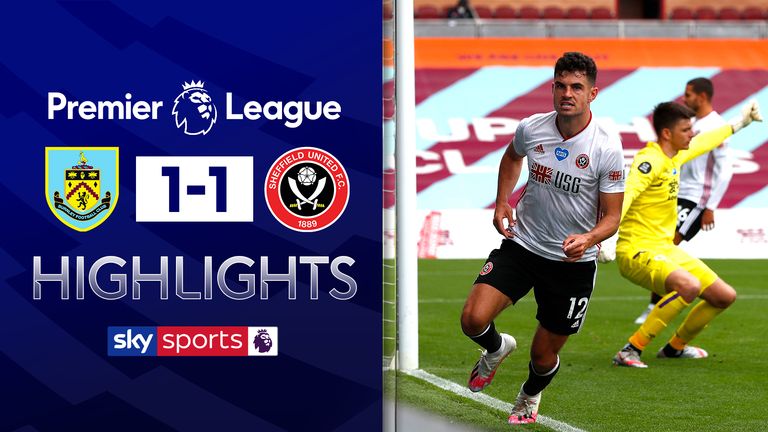 John Egan's fine late equaliser saved Sheffield United a point as they drew 1-1 at Burnley in the Premier League.

Both sides had opportunities in an entertaining first half, but Burnley got the opener through defender James Tarkowski, stabbing home at the far post after Jay Rodriguez flicked on Dwight McNeil's free-kick (43).

McNeil missed the chance to make it 2-0 in the second half, and moments later United were level through Egan's fine right-footed finish at the far post (80).

The result leaves both sides in the mix for a top-seven spot, as eighth-place United sit a point behind Arsenal, while Burnley sit a point and a place further behind.

Man of the match: John Egan

The wind wreaked havoc at Turf Moor throughout and contributed to an action-packed first half around both goalmouths.

Oli McBurnie's half volley was well blocked by Nick Pope in the opening minutes, while Matej Vydra slipped a fine opportunity just wide from Erik Pieters' through ball.

Both John Egan and Sander Berge headed good opportunities over the bar for Sheffield United as their wide play caused Burnley problems, but it was the hosts who took the lead just two minutes before the break.

Tarkowski arrived at the back post as Jay Rodriguez's flicked on a Dwight McNeil left-wing free-kick, and the defender slotted past Dean Henderson thanks to some poor McBurnie marking.

Burnley had won 12 of their previous 13 home Premier League when scoring first, and towards the end of a rather listless second period, should have wrapped up the points.

After Jay Rodriguez's fierce shot from range was parried away by Henderson, McNeil slotted the rebound just wide unmarked from 12 yards.

Both he and Burnley were made to rue the missed opportunity, as the Blades levelled from an unexpected source at the other end.

After a clever short corner, Ben Osborn's cross was flicked on by sub Billy Sharp, and Egan met it at the back post with a fine right-footed effort with the outside of his boot into the top right corner.

Burnley boss Sean Dyche: "We were competitive, which is a key marker, as we're at maximum stretch now. I'm not going to be overcritical of the players, they are realists here. I think there's a competitive edge to the group and we showed that today. 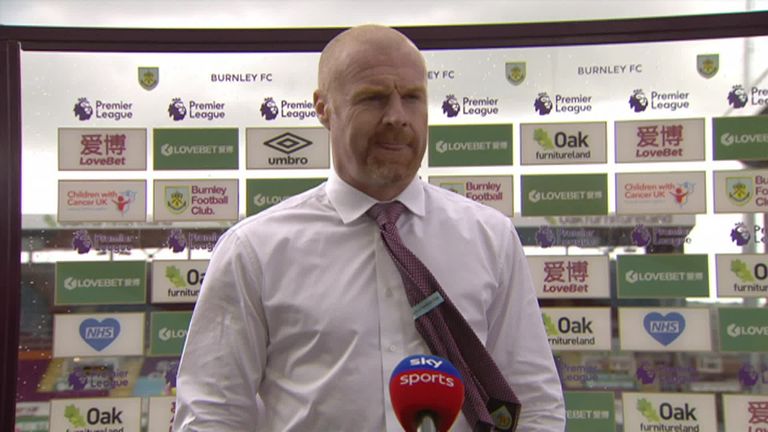 "We gave our lot to try and win the game. The challenge for us at the moment is our group, we just want to get fit bodies out there."

Sheffield United boss Chris Wilder: "We were brave, we kept going. I believed there was something in the game for us, and I'm delighted there was. We were down on the quality we showed in midweek. But I can't be too disappointed or down on the players. 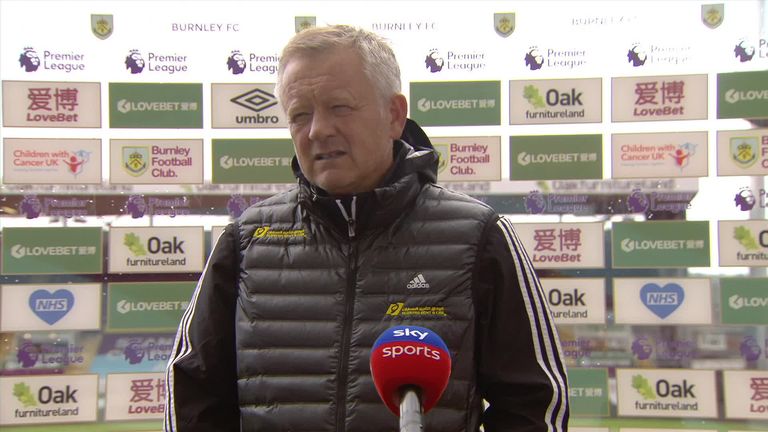 "There were a lot of boys who looked quite tired in the second half, but I thought we were brave in our approach. The boys showed mentality to get something out of the game."

Burnley now go to West Ham on Wednesday at 6pm in the Premier League, while Sheffield United host Wolves at the same time, live on Sky Sports Premier League and Main Event.