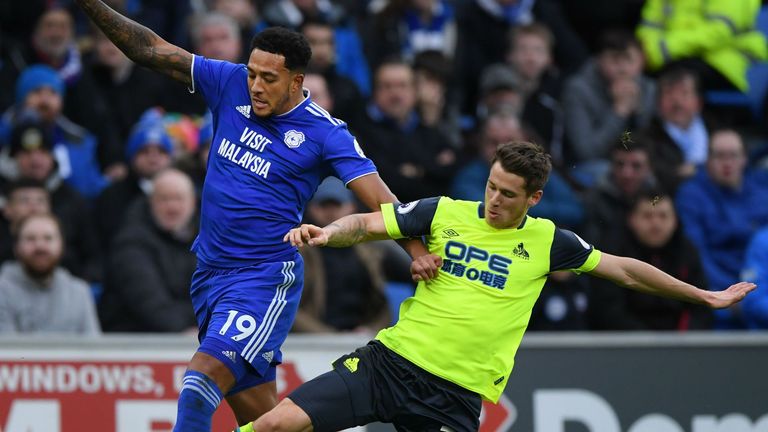 Match highlights as Cardiff play out goalless draw with Huddersfield

Huddersfield ended an eight-game Premier League losing streak but were denied a second-half penalty in a dour 0-0 draw with Cardiff City.

Referee Lee Mason initially awarded the Terriers a spot-kick in the second half when Cardiff defender Joe Bennett was adjudged to have brought down Florent Hadergjonaj inside the penalty box, but the decision was overturned after Mason consulted his assistant.

Man of the match: Sol Bamba.

Laurent Depoitre was then denied by a fine Neil Etheridge save in stoppage-time but neither side produced enough quality to win a tense contest at the Cardiff City Stadium.

Neil Warnock was made to wait for his 50th win in charge of the Bluebirds with his side dropping to 17th in the division, while the point means bottom-side Huddersfield remain eight points adrift of safety.

The reverse fixture finished 0-0 at the John Smith's Stadium in August and both sides again showed their lack of cutting edge in a poor opening 45 minutes. Mason was far busier than either goalkeeper as his decision to yellow card Christopher Schindler for a cynical foul on Nathaniel Mendez-Laing left Warnock calling for a red.

Victor Camarasa managed to shake off a knock to retain his place in the side from Cardiff's last Premier League outing against Tottenham. Greg Cunningham dropped to the bench as Joe Bennett returned in defence in one of three changes. Josh Murphy and Bobby Reid also made way in place of Nathaniel Mendez-Laing and Junior Hoilett.

There was no Terence Kongolo for Huddersfield as Wagner recalled Erik Durm to his side following the 2-1 defeat by Burnley. Isaac Mbenza was absent from the 18-man squad as Jason Puncheon made his Premier League debut for the Terriers.

Cardiff remain the only Premier League side yet to lead at half-time in a match this season, and Huddersfield created the better first-half chances as Bennett was forced into a desperate block to deny Erik Durm before Etheridge tipped Steve Mounie's hooked volley over the bar.

Cardiff in turn had as many players booked as they managed shots in this match (three). Junior Hoilett was unable to convert Mendez-Laing's inviting cross, while Aron Gunnarsson just failed to reach Hoilett's deep corner.

David Wagner's side dominated the second period but could not find a way past a resolute Cardiff defence well marshalled by Sol Bamba, with the veteran defender blocking shots from Jason Puncheon and Alex Pritchard.

But the game's main talking point arrived in the 76th minute when Bennett was initially penalised for bringing down Hadergjonaj inside the box. Mason went across to speak with his assistant Stuart Burt and, after a brief discussion, overturned the decision.

Huddersfield were denied in the dying seconds once more as Etheridge did well to keep out Depoitre's looping header from Pritchard's cross as the points were shared.

Neil Warnock: "We knew we'd be struggling a little bit today. We had one or two players who shouldn't have been playing today. Paterson and Camarasa weren't really fit but I wanted to play them.

"We haven't got another striker with the lads we've got out and we just have to get on with it. Yes, we didn't play as well as we have done, but it's another clean sheet. That's six we've had this season.

"I thought we had the opportunities but we didn't get the rub of the green although, thankfully, the linesman was alert to overturn the penalty. We thought ours was a certain penalty for a foul on Hoilett." 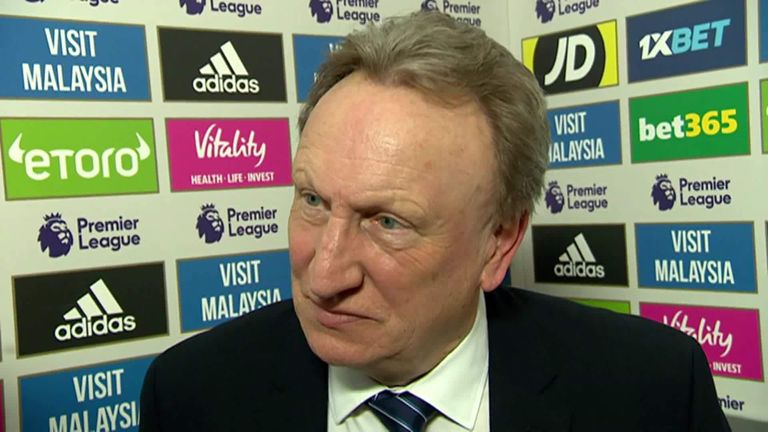 Neil Warnock said Cardiff 'don't get the rub of the green' after Junior Hoilett was denied a penalty in their game against Fulham.

David Wagner: "I think the footage speaks for itself. It was clear holding and 1000 per cent a penalty from my point of view. The referee has seen it and the referee has given it. Then for whatever reason, the linesman had an opinion as well.

"He said to me the first one wasn't a penalty and the second one I haven't seen - I don't know exactly what he meant. We will obviously speak to him because it is a decision that is anything but understandable and it's cost us points today.

"To be totally honest, I don't know how many times this has now happened to us or against us. I don't know why. You will have to ask the men in black." 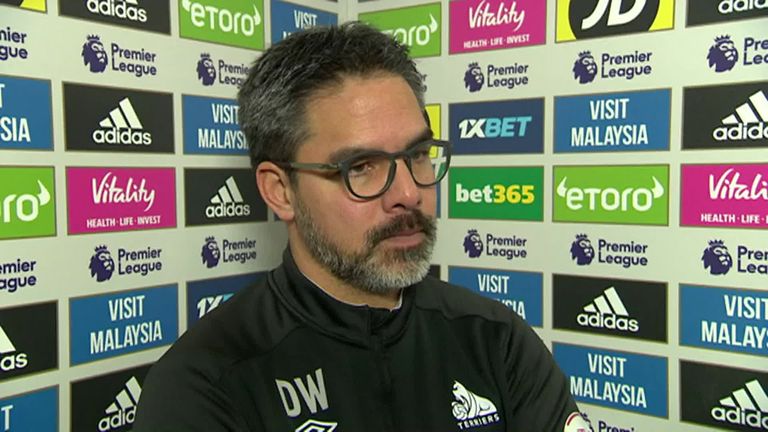 Huddersfield head coach David Wagner was left frustrated after the referee gave a penalty and then changed his mind in their 0-0 draw at Cardiff. 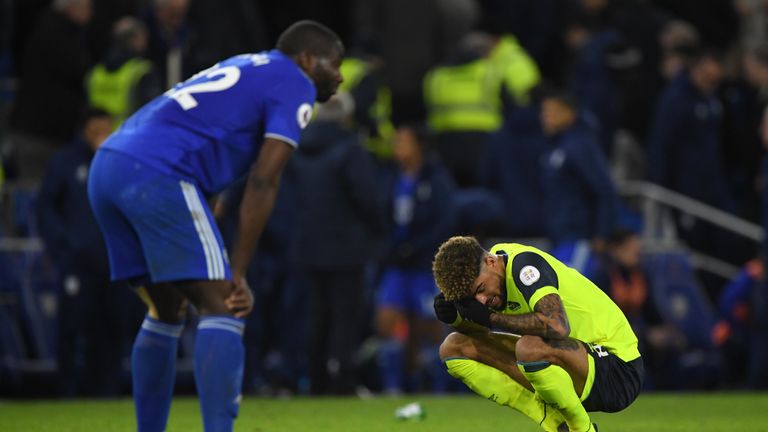 Paul Merson says he cannot see either Cardiff or Huddersfield staying up after their performance in their 0-0 draw.

Man of the match - Sol Bamba

Cardiff were far from their best as an attacking force and this display underlined what Warnock meant when he said this week that trying to strengthen his squad is "like climbing a mountain with butter on your hands".

But the performance of Bamba in nullifying Huddersfield's best efforts to turn a point into three will rank high in the positives column.

The defender turns 34 on Sunday but he produced a display that belied his advancing years, as Cardiff kept a third clean sheet in their last four Premier League outings.