By Dan Long at The Valley 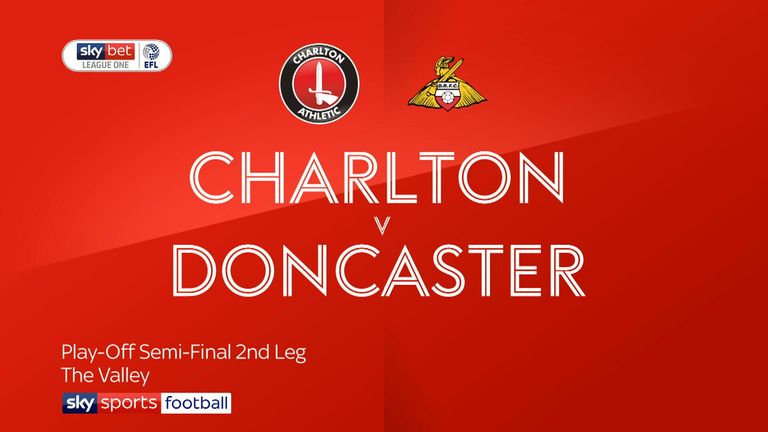 Highlights of the Sky Bet League One play-off semi-final 2nd leg between Charlton and Doncaster.

Charlton advanced to the League One play-off final after a 4-3 penalty shoot-out win, despite a 3-2 defeat to Doncaster at The Valley on Friday night (agg. 4-4).

Man of the match: Lyle Taylor

A John Marquis' header (100) put Grant McCann's men in front on aggregate for the first time, but Darren Pratley responded in rapid style, sliding home inside 60 seconds (101) to ensure the tie went all the way.

And the shootout victory was confirmed when Doncaster's Marquis' penalty was saved by Dillon Phillips and Rowe placed the decisive spot-kick wide.

Victory in South East London sees the Addicks pick up the final play-off final berth where they will face Sunderland at Wembley on May 26.

A bumper home crowd - the biggest since 2012 - voiced their strong disapproval at Charlton being forced to play towards a packed North Stand, but inside just two minutes that feeling of resentment turned to unbridled jubilation.

Their relentless, energetic start was rewarded when Bielik headed home Josh Cullen's whipped free-kick and Charlton appeared to be sitting pretty with a two-goal aggregate advantage with The Valley positively bouncing.

A remarkable 15 points separated the two sides during the regular season, but nine minutes later, they were all square on the night as Rowe struck a powerful first-time drive into the bottom right corner past the helpless Phillips.

Doncaster, impressively, grew into the game from there, though there was a palpable sense of relief when half-hearted penalty appeals from Lyle Taylor, then Cullen were waved away by referee Gavin Ward.

An entertaining first-half made way for a cagey second; McCann waited until the final 10 minutes to make his first change, with his side seemingly keen to keep themselves in the tie with a series of ill-received time-wasting tactics.

Josh Parker had the chance to seal the victory for Charlton with 14 minutes to play, but Rovers defender Butler sent the tie to extra-time against the run of play, when he popped up at the far post to head home a corner.

Charlton boss Lee Bowyer, unsurprisingly, stuck with the same starting 11 that gained the advantage in the first leg at the Keepmoat Stadium on Sunday, while Grant McCann recalled Tommy Rowe for Doncaster. The Rovers skipper replaced Kieran Sadlier.

Extra-time sparked the game into life once more, with Pratley's close-range strike tailing dramatic Marquis' header by just a minute.

Each side scored their first three penalties in impressive fashion, but when Marquis' effort was kept out by Phillips, it mattered little that Naby Sarr's subsequent effort was saved by Marko Marosi, as skipper Rowe succumbed to the pressure, drilling his set-piece wide of the left-hand post.

Man of the match - Lyle Taylor 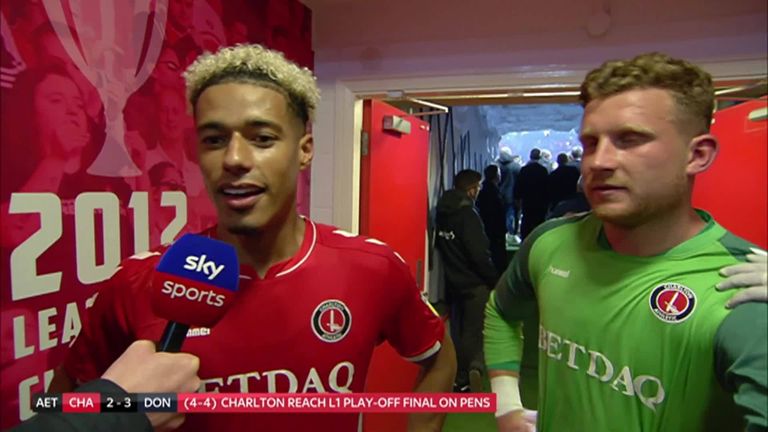 Lyle Taylor said the Valley atmosphere was frightening and thanked the fans for helping them secure a penalty shootout win to reach the League One play-off final.

A tireless performance from Charlton's frontman, who perhaps, had fewer chances to test Marko Marosi than he might have liked. His display showed glimpses of why he's one of the most feared marksmen in the division and rolling his penalty into the back of the net in the shootout was icy cool.

Lee Bowyer: "I did say it would be a good game with two teams who like to play football, putting their bodies on the line and giving everything.

"My players are a credit to this football club. What they have done there and working hard all season and keeping going. It's a pleasure and I love them all. They give me everything. 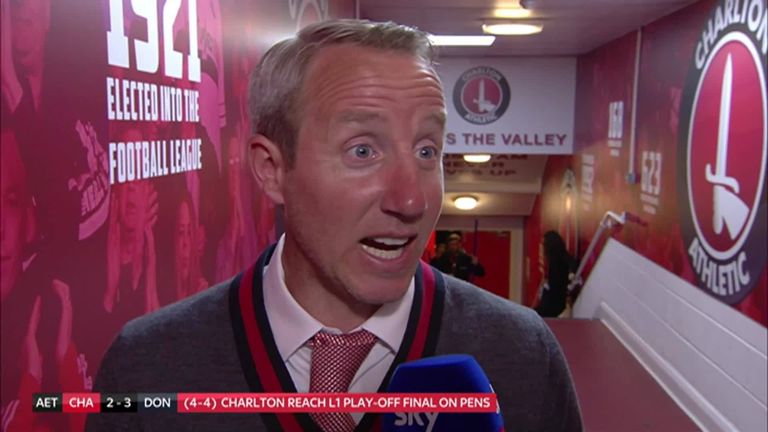 Lee Bowyer said his players gave him everything as they secured a League One play-off final place.

"Commiserations to Doncaster but they gave everything. They are a credit to their club and fans too. Grant has done a great job and they were outstanding tonight. We had to be good as well or they would have walked away from it.

"If I'm honest I didn't think it would come down to penalties. We practiced them for the last two days, but you don't kno who will be on the pitch at that time and after extra-time you're not in control of your body. Your legs are like jelly and it's difficult. You can't re-enact a shoot-out. But they all stepped up and in that type of atmosphere fair play to them all."

Grant McCann: "They have been outstanding. I am very proud of them and that's what I said to them, and the staff. They have worked tirelessly this season. 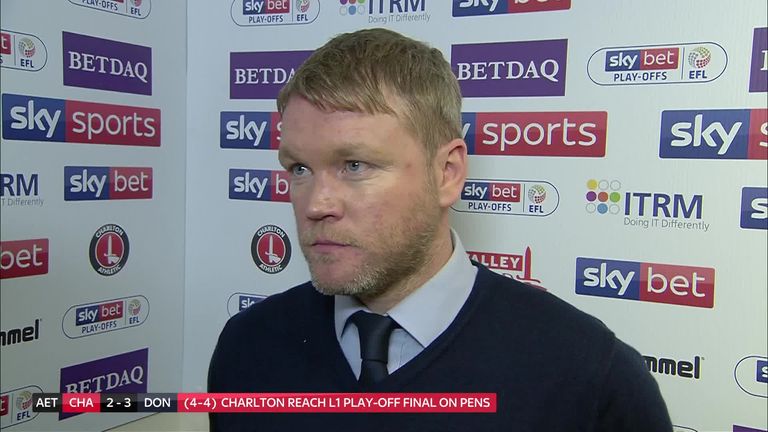 Grant McCann said he is so proud of his players for their performance against Charlton as they fell to a penalty shootout defeat.

Tonight we were first class and to be on the wrong end of that is very hard to take and we are very disappointed, but we will pick them up and go again. We will be stronger next year and we'll challenge again."

Charlton will play in the Sky Bet League One play-off final on Sunday, May 26 at Wembley against Sunderland. Doncaster will begin the 2019/20 season in the third tier on the weekend of August 2-4.