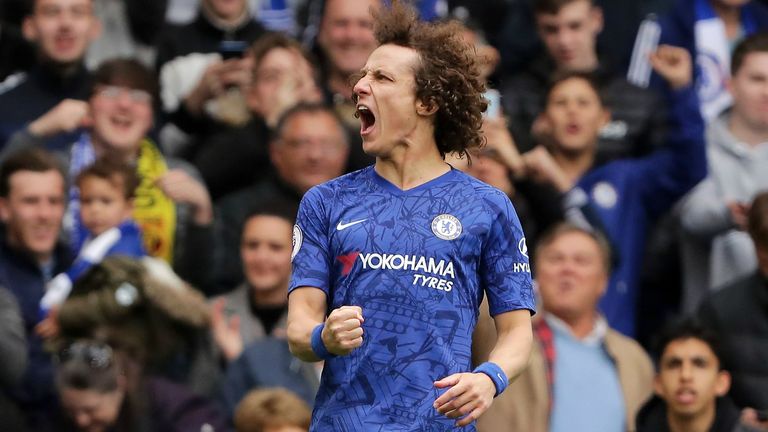 Chelsea secured Champions League football for next season following their 3-0 victory against Watford at Stamford Bridge.

Second-half headers from Ruben Loftus-Cheek (48) and David Luiz (51) - both from Eden Hazard crosses - secured three points that for large parts didn't look like coming, before Gonzalo Higuain added a third (78).

Watford created Maurizio Sarri's side numerous problems, especially in a one-sided first-half, with Kepa Arrizabalaga making one of the saves of the season to deny Troy Deeney.

Champions League qualification was eventually secured after Arsenal were held at home by Brighton later in the day.

Chelsea's final game of the season is away at Leicester next Sunday.

Man of the Match: Kepa Arrizabalaga

How Blues leapt above Spurs...

It wasn't all rosy for Sarri's men as N'Golo Kante limped off after 10 minutes - a worry ahead of Chelsea's semi-final second leg with Eintracht Frankfurt.

Coming into this fixture, Chelsea hadn't won in their last six games after a European tie and they looked ponderous as Watford dominated the early exchanges.

Chelsea: Eden Hazard returned in one of four changes made by Maurizio Sarri.

Only a fantastic one-handed save from Kepa stopped the visitors taking an early lead. Troy Deeney was wheeling away in celebration after looping a header towards the top corner but the Chelsea goalkeeper somehow clawed his effort away.

Gerard Deulofeu, Jose Holebas and Abdoulaye Doucoure all had good sightings of goal but let Chelsea off the hook with some wasteful finishing.

Chelsea just simply had to improve after the break - and they did.

Loftus-Cheek - on for Kante - eased the tension by rising highest to force home a Hazard cross on 48 minutes. That gave everyone inside Stamford Bridge a lift and three minutes later the game was over when Luiz thumped home another Hazard centre.

In a blink of an eye, Watford were down and out, although they continued to threaten but lacked quality in the final third.

Hazard was in his element now on the counter-attack, and Chelsea struck again when Pedro threaded a ball through to Higuain.

With the game won, there was time for Gary Cahill to say his goodbyes to the Stamford Bridge crowd. His contract is up at the end of the season and Sarri brought on the club captain for the final few minutes to the delight of the locals.

Man of the match: Kepa Arrizabalaga

It's not a game that will live long in the memory in terms of drama but it'll be hard to forget the Chelsea goalkeeper's miraculous save to keep the score 0-0 early on from Troy Deeney. That in itself was enough to gain the outstanding performance award as he racked up his 14th clean sheet of the season.

Maurizio Sarri said: "I think in the first half we were tired, mentally. We were in trouble. Then they lowered their intensity. We were lucky to score after two minutes - we improved mentally after first goal. We played very well for 35 minutes then. It's not easy to play after 60 hours. After Europa League away games we've only won one match. 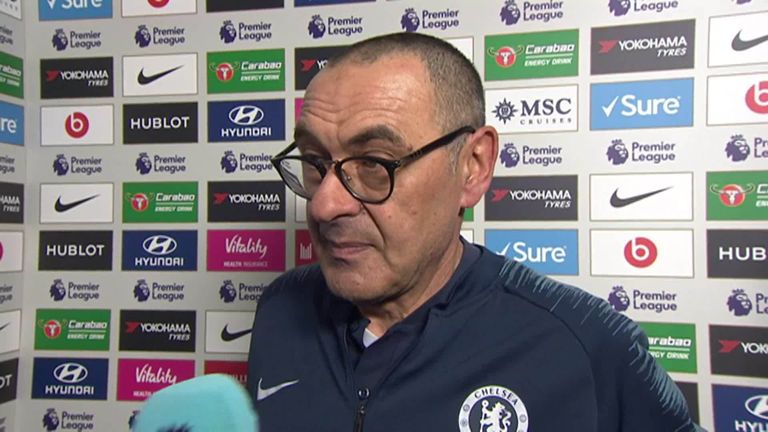 Maurizio Sarri said it was a vital win for his side and they will keep fighting in their attempt to secure a Champions League place.

Javi Gracia said: "It's a very tough result, we didn't deserve that. We had a good performance in the first half, and dominated the game. But we didn't take the chances, we have to be more clinical and aggressive - in both boxes. In the first half we had the chances and in the second half we didn't defend set-pieces. But losing 3-0, I'm not happy." 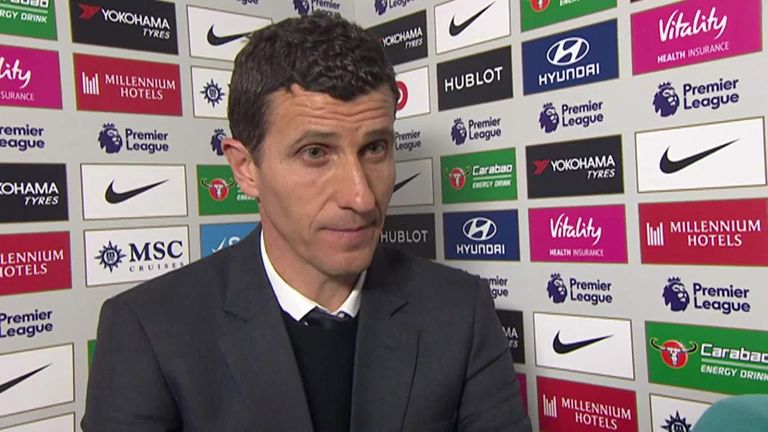 Chelsea are back at Stamford Bridge on Thursday for the second leg of their Europa League semi-final against Eintracht Frankfurt. Meanwhile, Watford take on West Ham in their final Premier League game of the season next Saturday ahead of the FA Cup final with Manchester City on May 18.