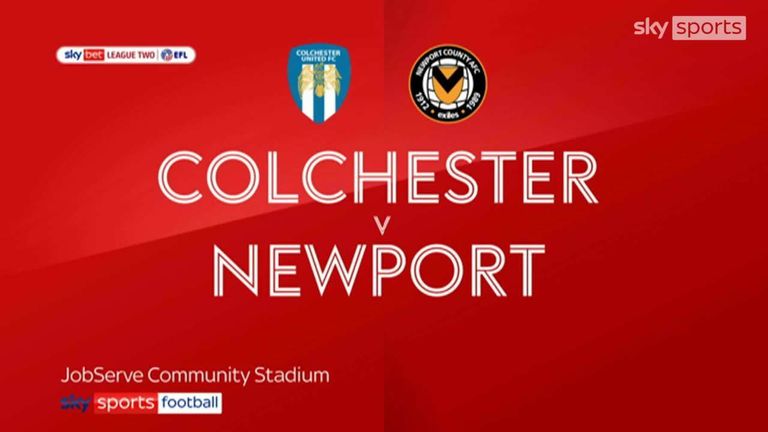 Freddie Sears cancelled out Dom Telford's 14th goal of the season to earn Colchester a point from a 1-1 home draw with Newport.

The Welsh visitors had taken the lead through Telford's spectacular first-half strike, which was also the 11th time he had netted in his last eight outings, and James Rowberry's men created the best chances throughout.

In the first half, U's keeper Jake Turner made an excellent double save to deny Oli Cooper and Courtney Baker-Richardson after Cole Skuse's lazy pass had been intercepted close to the halfway line.

Telford went close with another terrific attempt just before the hour mark when he thumped a 20-yard drive against Turner's right-hand post.

But the Exiles have not kept a clean sheet in their last 10 away matches and were forced to settle for a share of the spoils when sub Alan Judge's ball through the left channel lured Joe Day out of his goal and Sears lifted a 15-yard shot into the unguarded net in the 78th minute.