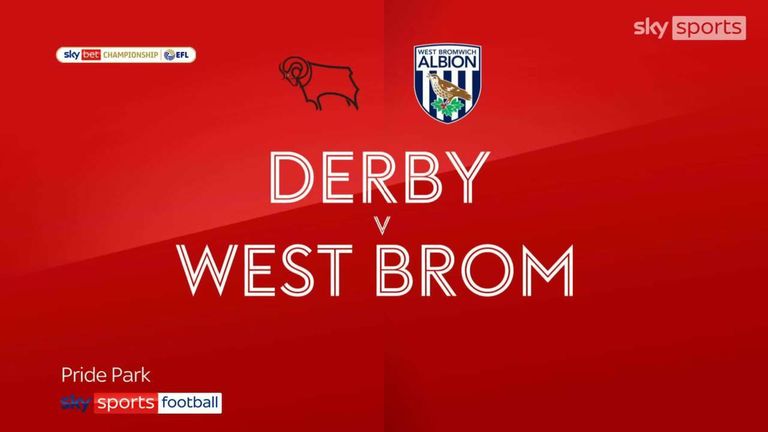 A bizarre goal by Colin Kazim-Richards saw Derby put their takeover uncertainty to one side and beat West Brom 1-0 at Pride Park.

Kazim-Richards' first League goal since April made it back-to-back wins for Wayne Rooney's team for the first time since February, after the substitute punished a dreadful mix-up between Cedric Kipre and goalkeeper Sam Johnstone.

The goal was Derby's only effort on target but it was enough to bloody the nose of another leading light after they beat Bournemouth and drew with leaders Fulham.

And it came after West Brom, who could have briefly gone second with a win, had dominated the first half - only to waste chances.

Derby's prospective takeover by US businessman Chris Kirchner was called off on Christmas Eve, with the club's administrators saying an announcement on an alternative preferred bidder is "imminent".

The visitors were gifted the first chance. A poor kick by Ryan Allsop saw Grady Diangana drive too close to the Derby 'keeper.

The Rams' first chance saw Jason Knight let fly from 20 yards but his shot clipped a team-mate and sailed a few inches over the bar. 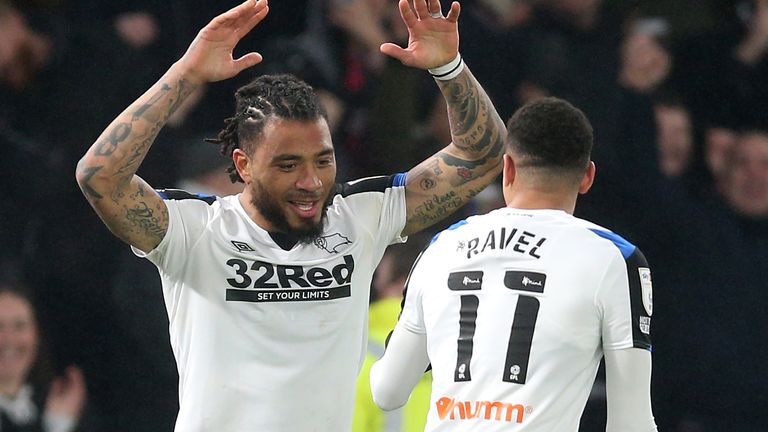 Reach headed straight at Allsop after Kyle Bartley headed Darnell Furlong's corner back into the danger area, then Allsop smothered Callum Robinson's low shot after Livermore put the forward through.

Albion had the ball in the net in the 53rd minute when Reach's free-kick was flicked home by Kyle Bartley, but the offside flag went up immediately.

Derby made a double substitution in an effort to force the issue in the 57th minute as Kazim-Richards and Ravel Morrison replaced Luke Plange and Sam Baldock.

The changes had an immediate effect as the Rams made the decisive breakthrough in bizarre fashion a minute later.

Kipre nodded a high ball towards Johnstone, who had come out of the penalty area to deal with it. He headed it straight into the path of Kazim-Richards, who side-footed into the empty net from 25 yards.

Bartley sent a flicked header straight at Allsop from Furlong's long throw-in as Albion tried to hit back.

Matt Clarke had a golden chance to equalise when he was presented with an unmarked header from Kipre's cross - but he could only nod over the bar.

Substitute Jordan Hugill then wasted another chance for the Baggies when he side-footed wide from fellow substitute Tom Fellows' cross.

In the dying seconds, Bartley's header was brilliantly tipped over by Allsop from Robinson's cross. 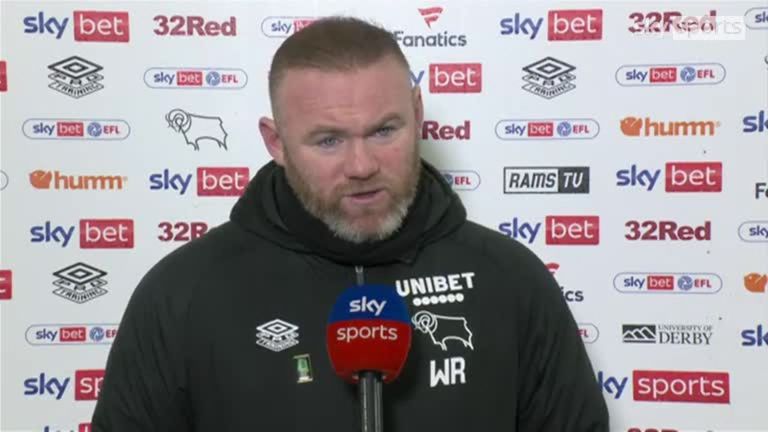 Derby boss Wayne Rooney was proud of his players after a 1-0 win over West Brom, but hopes off-the-field issues get resolved soon.

Derby's Wayne Rooney: "The administrators have confirmed they have had bids from other companies and it needs to be done before January. I'm trying to plan for the future of this club and if it keeps dragging on, it's not helpful to anyone. So really this next week is pivotal for this football club.

"The next morning after [the prospective buyer] pulled out, I had players coming up to me asking me questions. There are players out of contract in mid-January, there are players who can pre-sign for other clubs in January - players who I want here at this club. 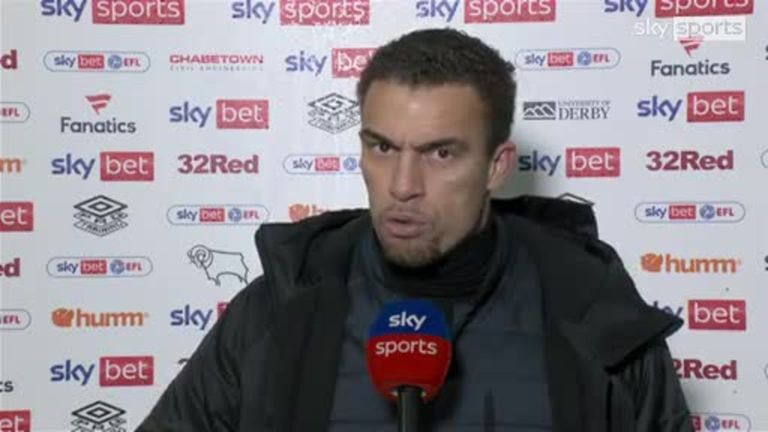 West Brom manager Valerien Ismael said his side must improve if they want to gain automatic promotion from the Sky Bet Championship, following a shock 1-0 loss to Derby.

West Brom's Valerien Ismael: "The mentality was not right for the game. It's all about desire - when you have the chance of a top-two spot, you need to show it from the first minute. At some point, we have to find the killer mentality, the lion mentality, to win games.

"We have to wake up. The players need to ask where they want to be in a year, two years. Why do they want to do the job? It's more than frustration - I'm really upset."

Derby now go to Stoke on Thursday December 30 at 7.45pm in the Championship, while West Brom's next game is at home to Cardiff on January 2 at 2pm after their Thursday night game at home to Preston was postponed due to Covid.