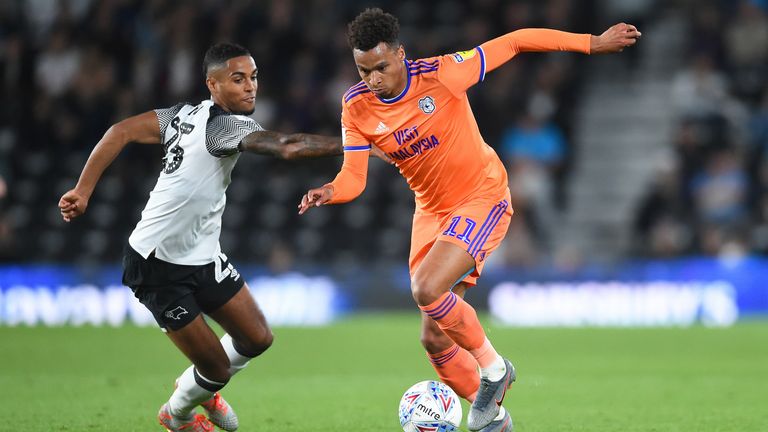 Robert Glatzel scored his first goal for Cardiff as the Bluebirds hit back to hold Derby in a 1-1 draw at Pride Park on Friday evening.

Scott Malone landed an early blow when he tapped home Martyn Waghorn's pass (6), but Glatzel scored his first goal since a summer move from FC Heidenheim from the penalty spot (19) to level the Sky Bet Championship match at the break.

Two minutes after the restart, Jack Marriott swivelled 20 yards out and crashed a shot off the crossbar, while Glatzel might have added a second with a late header but for Matt Clarke's last-ditch clearance.

An open game meant a draw was, arguably, a fair result, though the Rams remain without a home win under Phillip Cocu, leaving them 18th in the table, while Cardiff are yet to taste victory on the road this season.

How Phillip Cocu's search for a first home win continued

As the Sky Bet Championship returned after the international break, this game provided two underperforming sides the chance to move through the gears after, admittedly, below-par starts.

Cocu would, perhaps, have been less than enamoured with his Derby side's recent results, though spirits were lifted when Malone struck inside 10 minutes, after Alex Smithies had swatted away Tom Huddlestone's low shot.

Cardiff boss Neil Warnock made one enforced change for the trip to Pride Park, as Callum Paterson replaced Lee Tomlin, who was involved in a car accident earlier this week.

As Derby boss Phillip Cocu looked to arrest his side's below-par start, the Dutchman made three changes from the side that lost 3-0 to Brentford before the international break: Lee Buchanan, Jason Knight and Kieran Dowell were replaced by Matt Clarke, Duane Holmes and Scott Malone.

Derby were guilty of conceding several needless set-pieces throughout the first half, but they were punished when Glatzel was awarded a penalty after being tugged to the ground by Rams skipper Richard Keogh. The relief was clear when he scored his first for the club after six appearances.

Replays later showed Waghorn might have had a penalty appeal of his own seconds earlier as he was tripped by Joe Bennett, yet referee Darren England failed to spot the Cardiff defender's infringement.

The aforementioned striking of the crossbar from Marriott seconds after the restart did little to rattle Neil Warnock's side, who went close to a winner of their own as the introduction of Junior Hoilett from the bench reinvigorated their attack.

Forgotten man Chris Martin entered the fray with four minutes to play and almost enjoyed a fairytale return to first-team action for the Rams with the last kick of the game, but his 20-yard free-kick was blocked by a sturdy bank of opposition defenders.

Man of the match - Krystian Bielik

Moved into a holding midfield role as Phillip Cocu shuffled his pack following the 3-0 defeat to Brentford before the international break, the ex-Arsenal man was integral to Derby taking a point from Friday's clash.

No doubt buoyed by making his Poland debut against Slovenia, the 21-year-old made himself a tough obstacle to bypass in front of a backline that, at times, looked lacklustre playing out from the back.

Phillip Cocu: "We started well, a lot of energy in the team. We tried to get the ball down and play but they have a completely different style of play, which is not my style. For me, the key moment of the game is the foul of Waghorn. 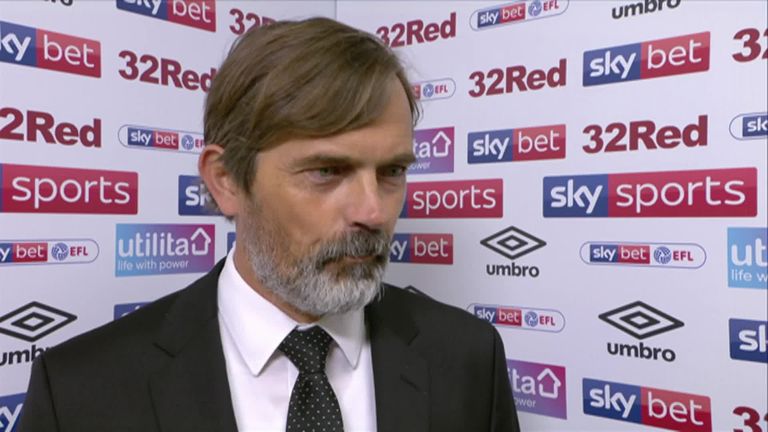 "Normally, I think it's a penalty, you go 2-0 up and the game is done. These things can be decisive at the end of the game. We had some good opportunities to score in the second half, but just couldn't. That's part of the game, but these key moments are decisive to us, not to get the victory we deserved."

Neil Warnock: "It was a decent game and we had opportunities, but the one disappointment for me is that the referee didn't give a red card for the tackle [by Tom Lawrence] against Morrison. They are the ones that are done cheekily and they should be punished. 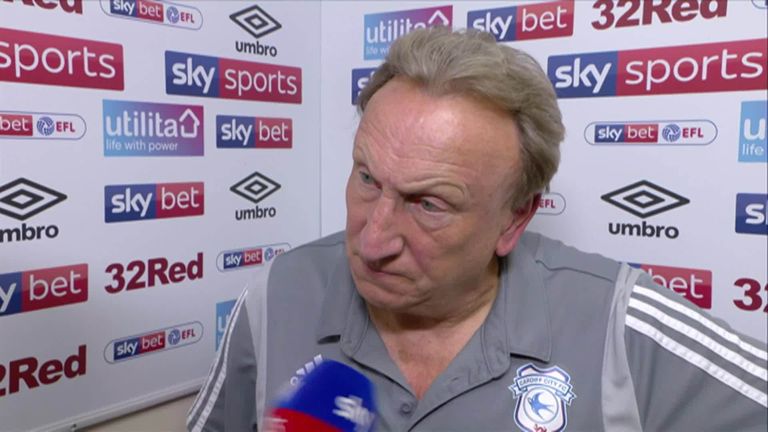 "We knew that we'd have to weather than first 15 minutes but I thought we grew into the game then and, on another night, I think we could have got the points."

Should Martyn Waghorn have been awarded a penalty?

The aforementioned penalty appeal from Martyn Waghorn after an apparent foul by Joe Bennett was turned down during the course of the game, but after the final whistle, Sky Sports pundit Andy Hinchcliffe and former Derby boss Gary Rowett both agreed referee Darren England made the wrong call.

"Phillip Cocu was right, this is a penalty," said Hinchcliffe. "From the referee's angle, it probably doesn't look too bad but when we see it again, he gets his ankles taken away."

Rowett added: "As much as Phillip Cocu spoke afterwards about some of the moments that went against them, regardless of whether you think they played well enough to win the game entirely, it's moments like that, 20 seconds of action, turns the game on its head.

"It should have been a good opportunity for Derby to go 2-0 up and that would have given them a good advantage to, maybe, get that first home win."

Cardiff host Middlesbrough next Saturday at 3pm, while Derby travel to Elland Road earlier in the day to face Leeds in a repeat of last season's play-off semi-final. That game is live on Sky Sports Football, with kick-off at 12.30pm.