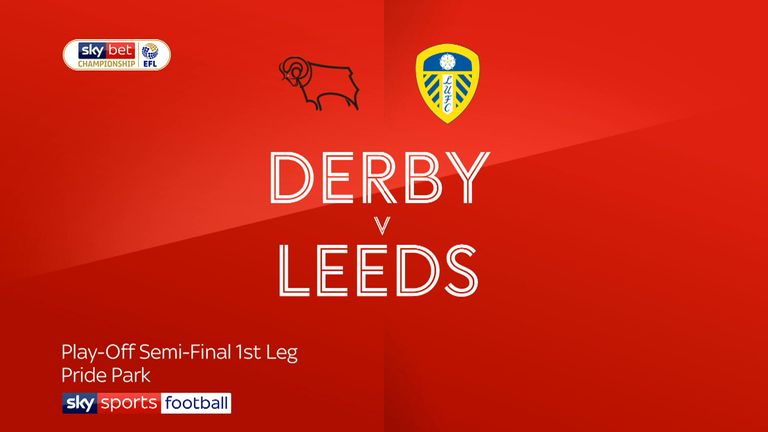 Derby had a penalty decision controversially overturned as they were defeated 1-0 in their Championship semi-final first-leg clash against Leeds at Pride Park.

A relatively even first half made way for a frantic second in Derbyshire; Kemar Roofe slotted a tidy opener past Rams stopper Kelle Roos 10 minutes after the break, before tempers began to bubble.

After Jayden Bogle appeared to be brought down by Leeds winger Jack Harrison, the initial awarding of a spot-kick was overturned, while Mateusz Klich was fortunate to receive no punishment after an apparent headbutt into the midriff of Fikayo Tomori.

Having failed to score on home soil, Frank Lampard's side must go to Elland Road next Wednesday in the hope of becoming the first team to travel way from home in a Championship play-off second leg and overturn a deficit.

How Leeds took advantage as Derby were denied

Old wounds were somewhat opened in the week leading up to the clash at Pride Park, with 'Spygate' brought to the fore once more, but any feelings of bad blood were quashed in a relatively pedestrian first half.

The game's first chance fell to the hosts, as Harry Wilson rode a challenge and poked forward to David Nugent, but Leeds - who lost Adam Forshaw to injury inside 25 minutes - grew comfortable and settled into the game. 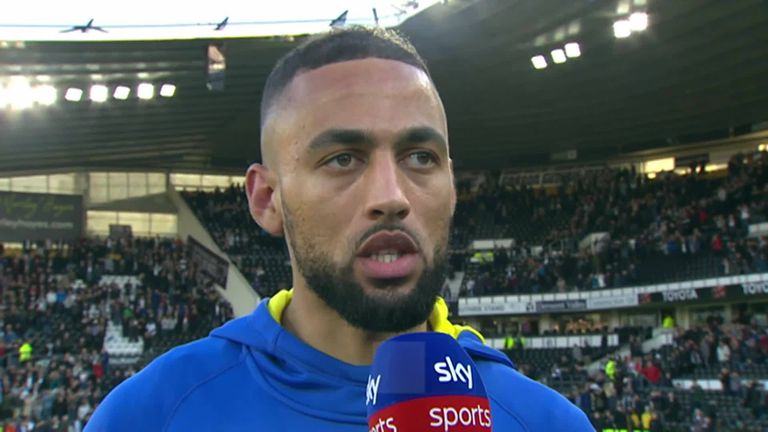 Taking advantage of the attacking tendencies of Derby right-back Bogle, Roofe drifted out left on a couple of occasions, yet his final product lacked bite. In fact, that was true for both sides as half time arrived without a single shot on target in the game.

Leeds had suffered an end-of-season malaise, but after the break they wrestled the momentum from Derby. Harrison capitalised on an advantage played by Pawson and squared for Roofe to tuck into the bottom left corner.

Around 20 minutes later, the most significant incident of the EFL play-offs thus far occurred; Pawson was in the spotlight once more, pointing to the spot after Bogle appeared to go down under the challenge of Harrison.

Derby boss Frank Lampard made just one change to the side that beat West Brom on the final day of the season as David Nugent replaced Martyn Waghorn - who is struggling with an Achilles injury - up front.

Marcelo Bielsa was forced into one change for the visit to Pride Park as Pontus Jansson sat out with an ankle injury; Gaetano Berardi the replacement in the centre of defence. Meanwhile, Patrick Bamford completes his suspension after a retrospective ban for simulation against Leeds.

Following a consultation with his linesman Eddie Smart, though, the decision was overturned, much to the disappointment of the home crowd, as the Rams failed to gain a foothold in the game.

Man of the match - Kemar Roofe

As he has done on previous occasions, Roofe returned to haunt Derby at Pride Park, tucking away a tidy effort following Harrison's cross 10 minutes after half-time.

His constant movement out to receive the passes into his feet added a dimension Derby found hard to contain, though, fortunately for them, it was only from a central position in which he appeared most deadly.

Frank Lampard: "I'm not sure if it's a penalty - I think it's one of those you can get or not get. The referee gave it, but the linesman has decided it was clear enough to not be a penalty. It's like human VAR, but with the actual VAR, the only way they turn decisions, as you hear from the rules, is if it's a clear and obvious challenge. It wasn't. I can't understand it. 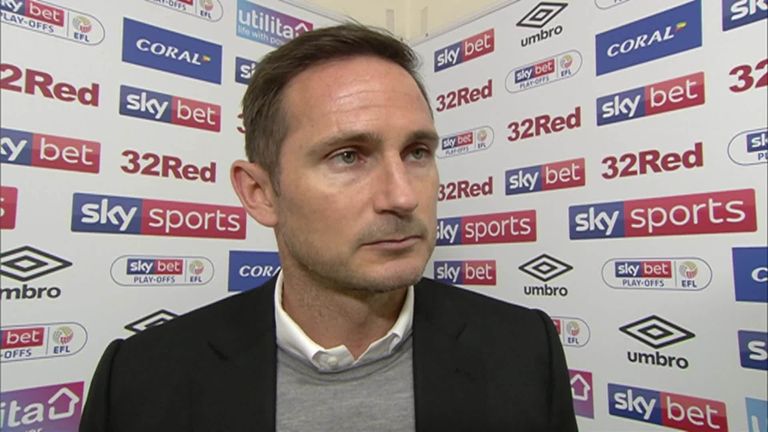 Frank Lampard doesn't understand how the officials came to the decision that Derby's penalty was overturned in their Championship play-off against Leeds.

"I don't think we did enough. I thought, in the early parts of the game, we were good, created a couple of chances and we were positive. When I spoke before the game, I said that Leeds were favourites because of where they are in the league and because they are experienced.

"Five games ago we were five points off the play-off positions and the lads have accepted that challenge and got into the play-offs. It's now up to us to show the true team that we are."

Marcelo Bielsa: "We fought a lot, we were very focused and we defended and attacked according to the needs of the game. I thought we were mature. 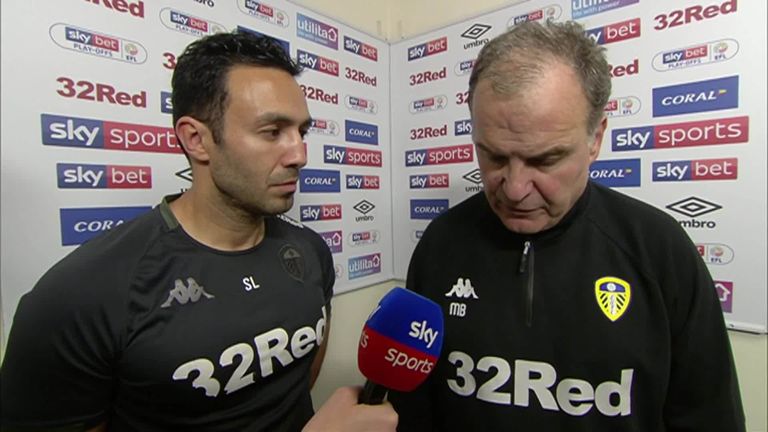 Marcelo Bielsa says his Leeds side produced a mature performance in their 1-0 Championship play-off win over Derby.

"We had chances to score both before we scored and after we scored, then we had 10-15 minutes where we suffered. At the end of the game it was a balanced game and we controlled the ball.

"I couldn't tell [whether the overturning of the penalty was correct] because I haven't seen. We were very far from the action. We have an advantage but it's not significant yet."

The two sides meet again at Elland Road on Wednesday evening in the second leg of this play-off semi-final. The build-up gets underway on Sky Sports Football from 7pm; Kick-off is at 7.45pm.