Report from the Sky Bet Championship clash between Fulham and QPR at Craven Cottage; Fulham up to third after 4-1 victory over QPR; Aleksandar Mitrovic has now scored 54 goals in 94 Championship games; QPR drop to eighth after defeat 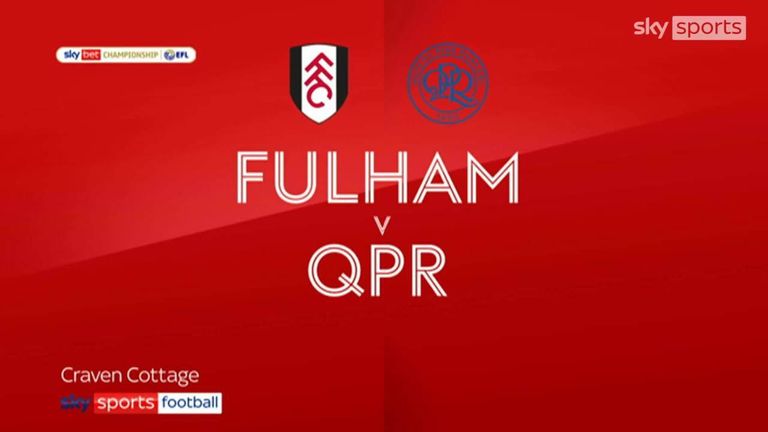 Highlights of the sky Bet Championship clash between Fulham and QPR

Mitrovic, the leading scorer in the Championship with 12 goals, took just 10 minutes to open the scoring, powering a low shot past QPR goalkeeper Seny Dieng to give the hosts a deserved lead going into the break.

However, QPR found a response after the interval as half-time substitute Lyndon Dykes made an instant impact, latching onto Chris Willock's through ball before rounding Marek Rodak to bring the visitors level.

However, parity between the two sides lasted just 12 minutes as two goals in four minutes from Mitrovic, who now has eight goals in his last six Championship appearances, and Bobby Decordova-Reid swung the game in Fulham's favour before Antonee Robinson's late deflected strike put the finishing touch on an excellent afternoon for Marco Silva and his side.

The result sees Fulham bounce back from a difficult 4-1 defeat to Coventry before the international break and the three points mean they move up to third.

How Mitrovic helped Fulham past QPR... 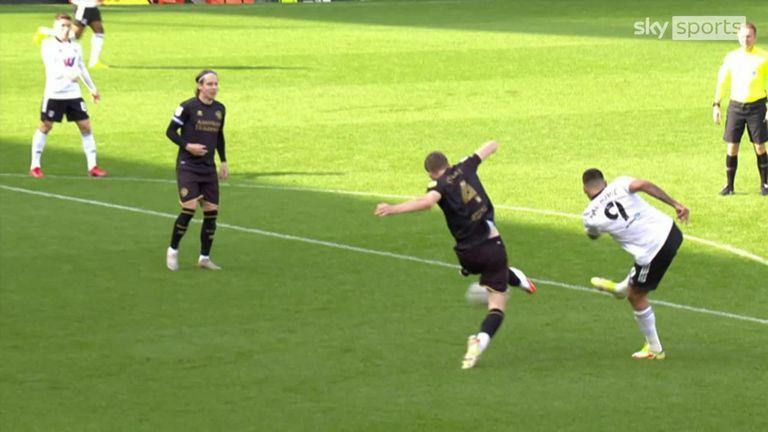 Fulham started on the front foot in front of their own fans, and it paid dividends as Mitrovic brought down Denis Odoi's cross on his chest before powering a low strike past Dieng.

It was all Fulham in the opening stages and Mitrovic went close to a second, but on this occasion, Dieng reacted well to make a smart block to keep out the Serbia striker's flicked header.

The hosts continued to press for a second as shots from Jean Michael Seri and Harry Wilson were deflected behind, but it never came as QPR started to build a foothold in the match.

Despite hardly testing goalkeeper Rodak in the opening 45 minutes, Mark Warburton's side were inches from an equaliser as Willock's shot rattled the woodwork after he was picked out by Moses Odubajo.

Despite that opportunity, Warburton had seen enough after QPR's lacklustre first-half display and sent on Dykes for Dominic Ball, with the Scotland striker going to play alongside Charlie Austin in what was an attacking change for the visitors.

The move handed QPR an instant reward and Willock's pass released Dykes, who took the ball around Rodak before finding the back of the net from a tight angle. 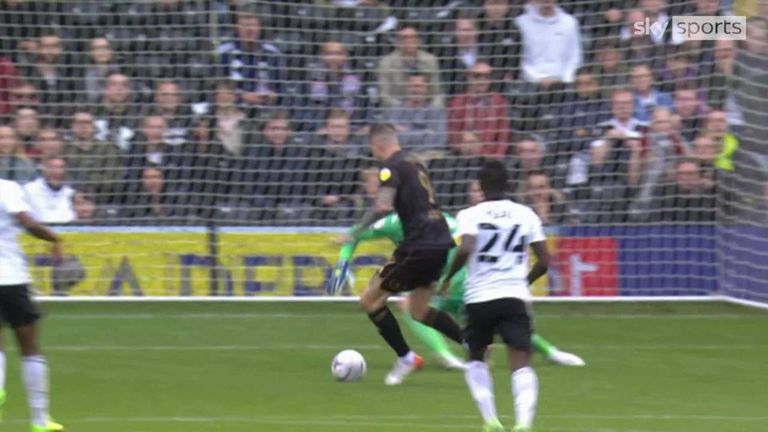 After a superb start to the second half and the goal, you'd have been forgiven for thinking the momentum was now with the visitors, but it was Fulham's turn to respond.

They did it in fine style and it was that man Mitrovic who restored their lead, guiding Neeskens Kebano's cross past Dieng and into the far corner for his 54th goal in 94 Championship games.

The game was made safe just four minutes later as Decordova-Reid latched onto Seri's through ball and clinically found the far corner.

There was still time for another as Robinson's late strike took a wicked deflection to wrong foot Dieng and add the finishing touch to a valuable victory for the hosts.

Fulham's Marco Silva: "It was an important result for us. It was pleasing to see such a good reaction from ourselves. We spoke about what happened in the last game.

"I was pleased to see how we started the game and we should have scored the second goal to be a little bit more comfortable.

"QPR had a good reaction. They never give up and unfortunately we didn't start the second half the way we wanted, but then it was a fantastic reaction in adversity and we deserved the three points. They are three important points as well.

"I had a short conversation with the players at the end of the match and said that this is what you should do when something goes wrong, in adversity.

"Against Coventry we should have reacted in a different way. I'm pleased to see we did today and pleased to see the smiles on the fans at the end of a derby match." 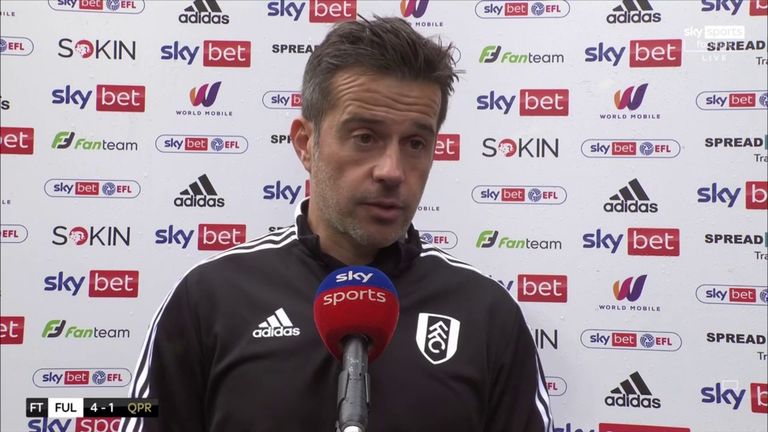 QPR's Mark Warburton: "There was a bit of a softness about us in the first half which is very unlike us. You can play all the nice football you like, but in terms of duels and challenges you've got to do the basics. We showed a bit too much respect in the first half.

"[Mitrovic] is a talented forward but he had time to bring the ball down in the box and finish. We had to be tighter on him.

"He had every chance to bring a lofted cross down and have a strike at goal. I didn't see Charlie Austin getting that much time today.

"I'm not being industrial here, but I'd like to think that their attacking players came off sore today. I don't mean because of park-type football but you've got to be strong with your challenges and the first contact.

"There's an old saying about earning the right to play. I don't think we earned that right today." 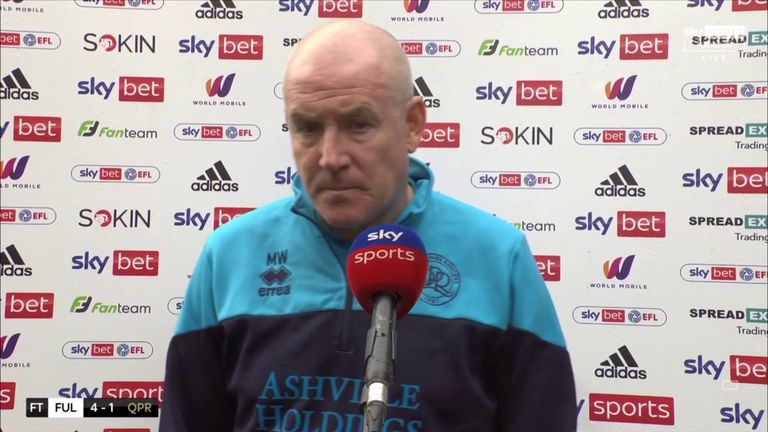 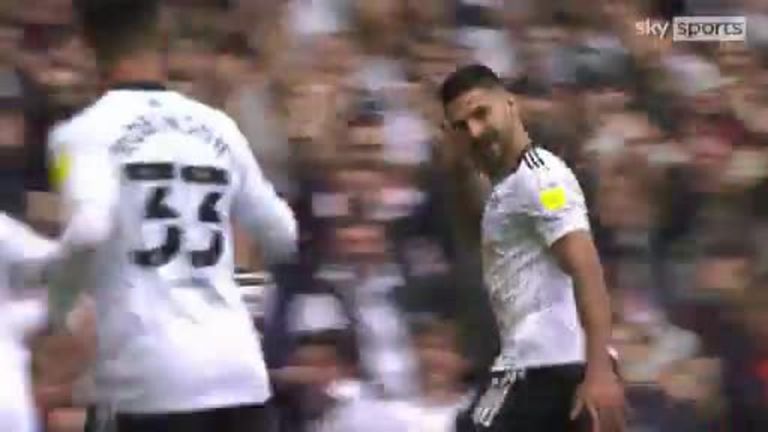 "It's a no-brainer. Whenever I'm in the stadium this fella just scores goals. Two quality, quality goals, and different types too. He's their talisman and he leads them to victory again. He's a top striker."

"This league is one league he's dominated for a number of seasons now. He's been an instrumental player for Fulham in their challenge to get promoted again and this season again he's started with tremendous form."

QPR are back in action on Tuesday night as they host Blackburn in a 7.45pm kick-off. Fulham welcome Cardiff to Craven Cottage on Wednesday night (also 7.45pm). Both games are live on the Sky Sports Football Red Button and the Sky Sports app.